Home Press ReleaseIntroducing ADA Demon: One of the First Real Games on the Metaverse 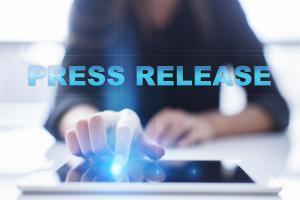 Introducing ADA Demon: One of the First Real Games on the Metaverse

Introducing ADA Demon: One of the First Real Games on the Metaverse

However, when it comes to Web3 games hosted on the Metaverse, players don’t get what they
want. Unfortunately, it’s shocking how poor the gaming experience is on most Web3 projects.
The vast majority of games are more of an investment than an actual game. They don’t offer
any excitement and are simply boring, which is why the Metaverse is in dire need of better
games.

To take a step towards removing the negativity surrounding Metaverse games, Adademon has
launched a new project that offers people exactly what they’re looking for: an enjoyable
gaming experience.

Adademon is a P2E (play-to-earn) Metaverse project that offers an awesome gaming
experience. Before we talk about the gameplay, let’s first discuss what P2E is and what it
entails.

P2E is the latest development in the gaming industry. It’s essentially a business model that uses
the concept of open economies to provide financial benefits to all players who’re a part of the
game.

Here’s how it works. People play games to not only have fun but to also earn in-game assets.
Those assets can then be sold for real value. Most P2E gaming projects have their own tokens
that they provide to their users. However, the value isn’t limited to native tokens of a project.
Many P2E games also offer NFTs that can be sold for any crypto token available on their
blockchain.

Relatively speaking, people are making a lot of money from P2E games, which is why they are
all the hype these days. Many people believe P2E games are the direction that the gaming
industry is headed towards.

Now that we’ve cleared that up, let’s talk about ADA Demon.

ADA Demon is an immersive gaming experience on the Cardano blockchain. Its theme is
centered around the Greek underworld. Players start off as estranged spirits who are trying to
venture out of the fields of Asphodel to battle monsters, beseech gods, and escape this Greek
version of Hell.

Here’s a six-point explanation of how the game works—and what makes it so much fun!

1. Starting Out: Each player is equipped with only a map by Persephone at the start of the
game, and must venture out into the different zones in the underworld where they must gain
XP in order to challenge bigger, badder foes and win.

2. Player Interactions: This part is what makes this game so interactive. Players can trade items
based on their rarity and level with one another on the in-game marketplace.

3. Perilous Levels: These levels are what make this game so much fun. The deeper players
venture, the rarer the items they come across, and the more dangerous it becomes. All players
get to traverse the five mighty rivers of the Underworld in search of magical items to become
stronger and secure their passage into the world of the living.

4. Foes and Allies: In the game, you come across both foes and allies. You get an audience with
both the gods and the monsters. You also get to battle your way through evil multi-snaked
Gorgons, one-eyed Cyclopes, deformed harpies, and even the mighty Hydra.

5. Custom-made Weapons: In ADA Demon, weapons can be crafted in any fashion to attain
unique features to accomplish various tasks. Weapons created can also be sold as NFTs within
the in-game marketplace.

6. Magical and Customized Lands: It is also possible for all players to rent out lands within this
magical metaverse, which pertains to real estate that can be sold for real value.

Sounds fun, right? You can read more about their gameplay here

The Economy of ADA Demon

Since ADA Demon is a P2E game, you should know about its tokenomics and how you can earn
money in the game.

Here’s what makes ADA Demon special. It takes on a premise never before attempted in the
history of the blockchain industry: It offers an economy owned by players where they can own,
trade, and sell the resources that they acquire via skillful gaming and ecosystem participation.
Players can earn NFTs, Metaverse land, and more crypto stuff that they can sell for profit.

Although the ADA Demon project is already fairly popular, their team is determined to do
everything they can to ensure the continued success of their project. Their current roadmap is
divided into three phases.
Phase 1: The Venture Begins!
This is where it all starts. During this phase, the ADA Demon team intends to launch their
official website, set up their social media presence, and start their private seed sale. What’s
more, they also plan to create their smart contract, launch their presale, and start the
development of their game. That’s a lot of work, but their team is confident they can get it
done.
Phase 2: Rolling the Wheels of Success!
During phase two, the ADA Demon team wants to keep the wheels of their project rolling. They
intend to conduct a security audit, start their NFT mint, implement a beta rating system, and
establish a leader board. They also plan to grant rewards to their early players, publish tutorials
and developer templates, and begin their video game distribution in this phase.

Phase 3: The Venture Continues!
This phase is where the staking rewards start. It’s also when the ADA Demon team plans to
implement cross-chain bridge technology to make their project more versatile. What’s more,
they also intend to offer mining during this phase and also launch the official ADA Demon
wallet.
The Bottom Line: You Should Join In On the ADA Demon Fun
As we just discussed, the ADA Demon team has great plans for the future and they are here to
stay as a part of the Metaverse. Due to their dedication to the continued success of their
project, we have no doubt they will rapidly gain more and more popularity. So if you’re looking
for a P2E game that will provide you with an investment opportunity and offer exciting
gameplay, ADA Demon is it.
For more info, you can check out their official website https://adademon.com/