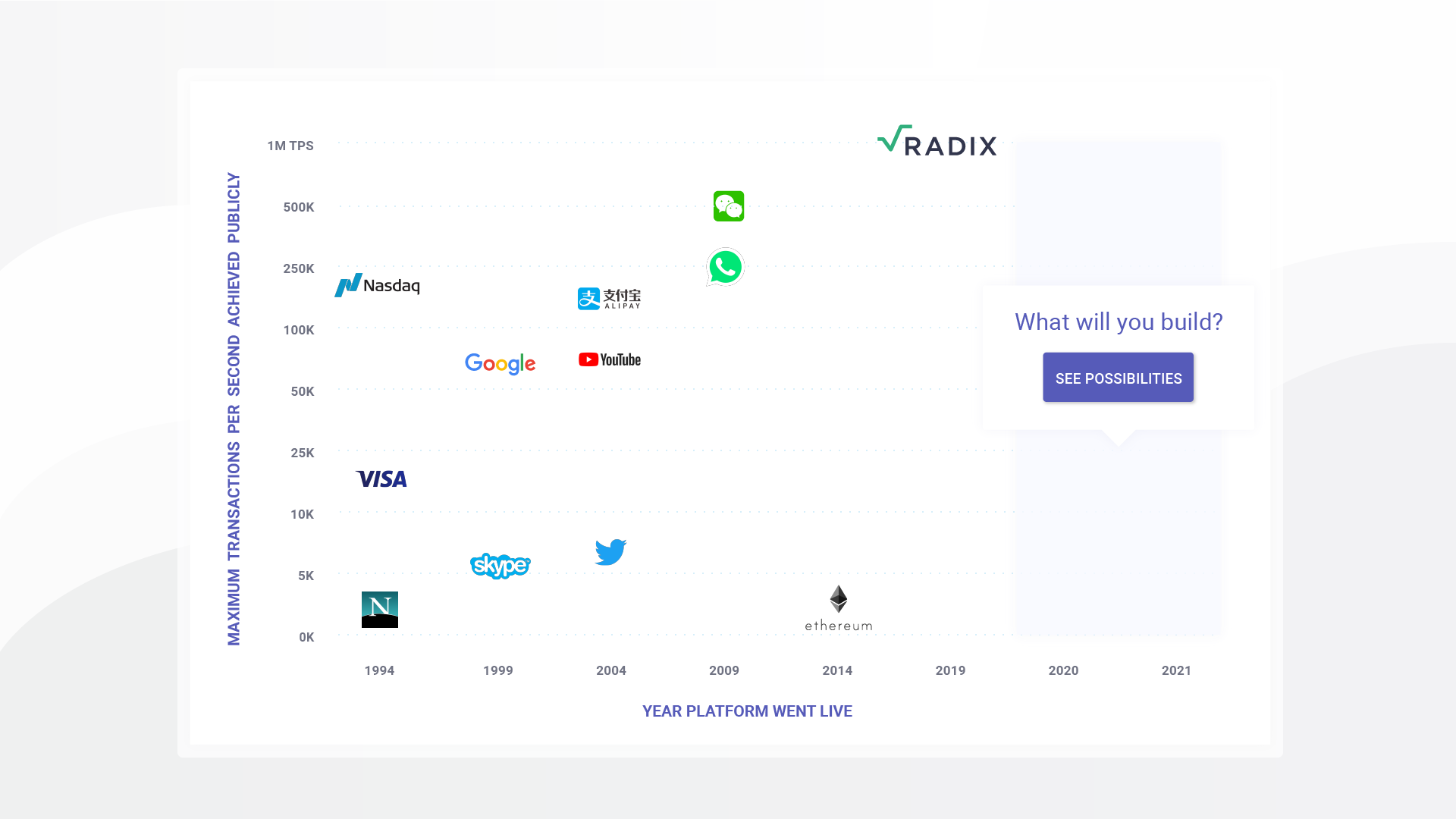 Today at 14.30 London time, UK based distributed ledger technology startup, Radix DLT, became the first permissionless decentralized ledger to reach a record of 1 million transactions per second. This was achieved with full signature and transaction validation across a distributed network of over 1000 + nodes. 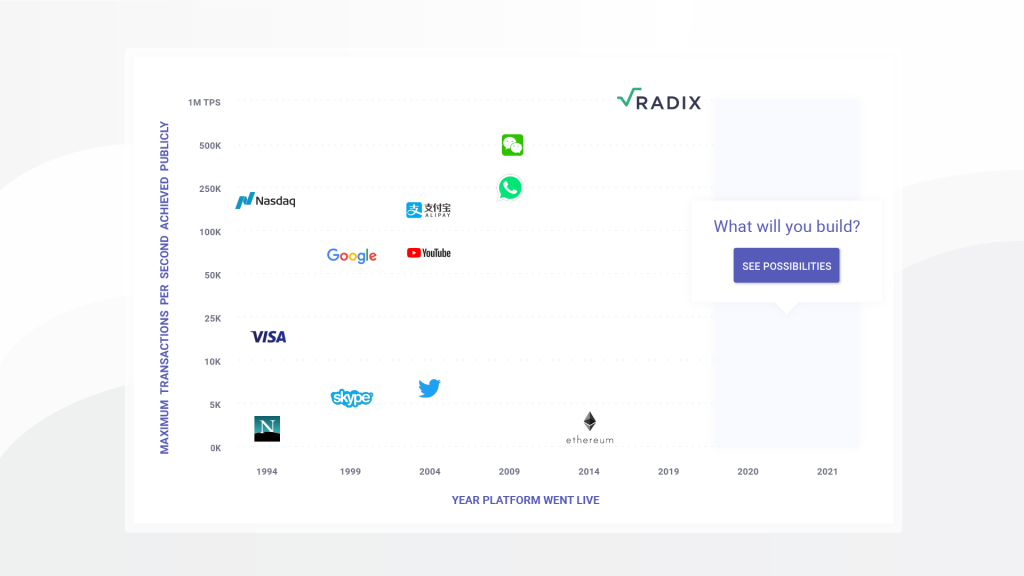 As a comparison, this means that the Radix ledger is well over 1000 times faster than PayPal, over 500 times faster than Visa and more than 4 times faster than Alipay, as well as dwarfing the current transaction speeds in the Blockchain and DLT space. Radix could, in theory, run well-known, high volume applications such as WeChat, Whatsapp and Twitter comfortably on the platform all at once.

Scalability has long been the Achilles heel of blockchain and DLT technology - Radix has taken a huge leap forward by proving that scalability is possible for distributed ledger technology without sacrificing decentralization in the process.

Unlike Blockchains or DAGs, Radix is built to be able to scale to the mass market. After 7 years of research & development, founder Dan Hughes and his team created an entirely new data architecture and consensus mechanism called Tempo, which is designed to be able to be used by used 7.5 billion people and 500 billion devices concurrently. Today’s test was the first in a series of live throughput tests planned to cut through the hype and validate the engineering of the Radix team by proving publicly the capacity and potential of their ledger.

The scalability test was shown at radixdlt.com/test as well as at a closed event at Local Globe offices in London as part of London Tech Week in what was the first ever live and interactive throughput test of it’s kind in the Blockchain/DLT space. Live tests will continue on a weekly basis leading up to the launch of the platform in Q4 2019.

10 Years of Bitcoin History In Under 30 Minutes

Find out more about Radix tech and how it works

Find out how to build on Radix

Join the conversation on Telegram