Home NewsVR on the blockchain: an interview with the CEO of Xmod Inc 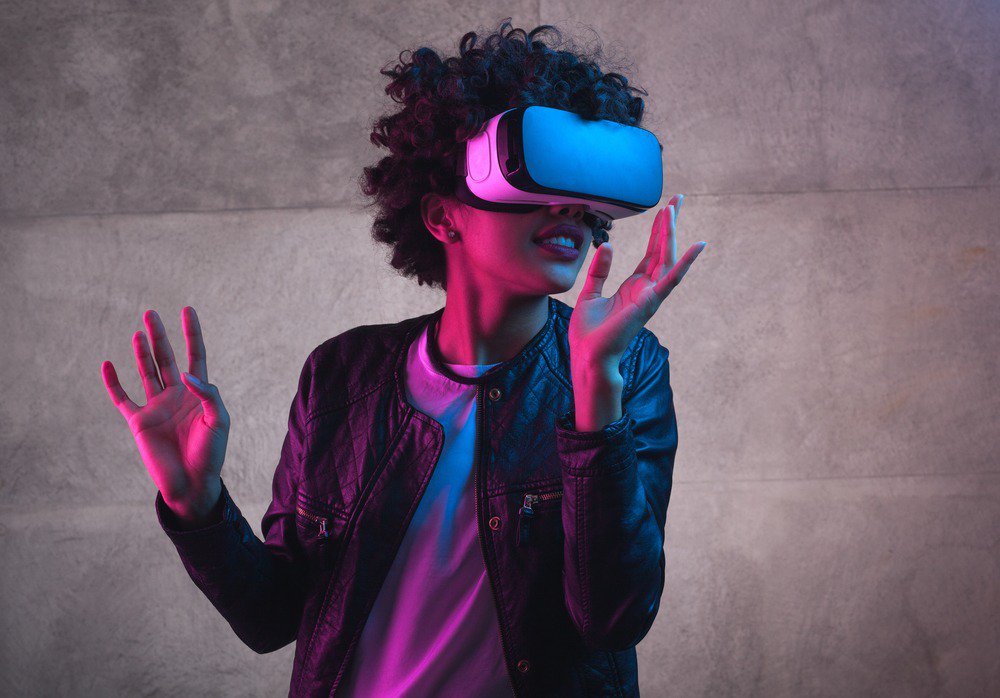 VR on the blockchain: an interview with the CEO of Xmod Inc

VR and blockchain technology potentially make an interesting mix. But is it truly viable? Or is it yet another pipe dream destined to crash and burn? I spoke to Michael Katseli, CEO of Xmod Inc.

The following interview reflects the views of the subject and should not be taken as investment advice.

VR and blockchain technology potentially make an interesting mix. But is it truly viable? Or is it yet another pipe dream destined to crash and burn? I spoke to Michael Katseli, CEO of Xmod Inc.

What is Xmod and NetVRk?

Xmod is a dedicated team creating the definitive VR platform called NetVRk. We are professionals from various industries that have come together to put our expertise into the project. We firmly believe that NetVRk finally brings VR into the mainstream due to both its usability and functionality.

Can you give us some background on VR in general?

There are currently estimated to be almost 1 million VR PC gamers, and the remarkable fact is this is more 250% in growth compared to 18 months ago. Now, in-game purchases average around 20-30 cents per users. Therefore, an active VR game or application even just for hardcore devices such as PC VR already has economical value that is only grow as PCs, devices, and tech improve.

VR has something no tech before it can or will be able to offer. It is the ultimate escape. As an example, the vast majority of the world’s population doesn’t have the freedom to travel extensively. So for most, VR will be the most exciting and innovative way for them to learn new things about the planet they are living on by interacting virtually and enriching their lives. This is not the same as experiencing things in person, but in some cases it will be the only viable alternative open to them.

We estimate NetVRk will attract at least 50k daily users in the short-term, and although the numbers from in-app revenue alone is not yet in the realm of Facebook's millions of dollars in daily revenue, we are confident that being relevant will make us a leader in VR.

How is this any different from the countless other VR offerings, trying to attach themselves to the blockchain?

NetVRk will leave the competitors behind in terms of user experience, just like the iPhone did on first release, and is still doing today. For Xmod usability is our USP. Our philosophy is simple: if users can easily create immersive content which positively impacts on their everyday lives, then they will use the platform in large numbers. If we only reach experienced designers, developers, and companies then that will be considered a failure.

Creating elements and interacting with VR on NetVRk is simple and the experience for all users is both thrilling and exciting. Our competitors focus on complexity, believing that the user will have time, energy, and patience to understand their system.

What type of services do you envisage being available to the user?

NetVRk enables users to interact with each other socially and also create VR content that includes experiences developed by other users and Xmod itself.

Applications will allow people to spend more time with each other remotely. Kids can play physical games with their parents who are travelling abroad. Using a tangible example, the platform will allow a mother to throw a virtual ball to her son on the other side of the world, who can then throw it straight back to her.

Someone shopping for a coat can see how it will look on them via their virtual avatar before buying and even attend to virtual fashion shows and buy the item directly. Shared social experiences like fishing can now also be done virtually, irrespective of the weather, and can also be accessed by those who are new to the sport.

What is your experience in this sector? Tell us about the team behind the project.

Our main VR Advisor has been working in the field for a number of years and is a notable public figure. Our Economics Lead is a world-renowned professor in his discipline. Our Visual Effects Head has worked on numerous well-known Hollywood movies. Our producer previously produced titles for the gaming giant EA. The rest of the team are developers and designers with years of experience in the fields of visual arts and software development for the entertainment and business sectors.

On top of this our Founder previously started software studios which developed products which reached the top of the charts in both leading App Stores as well as other platforms.

What other plans do you have to scale by attracting users who have no previous interest in VR?

We plan to attract new users by giving everyone a chance to make money. We know that one of the biggest drivers of any new field is profitability. Therefore, NetVRk will contain advanced versatile ways for creators and also regular users to generate income.

In addition, we are confident that users who enjoy the experience and economy of NetVRk will organically attract new, non-VR users. With that being said, we are planning on rewarding users further by extensively investing in marketing to continuously attract new users.

We're still in a bear market, despite some signs of recovery. How has this impacted on your thinking and plans from when you first started?

Our plan was to run an STO from day one, so we knew that this was a much more difficult route to take. However, for us it was clear that NetVRk has the capacity generate a massive, active, and functional user base that will grow, regardless of the market. Therefore, we are not concerned about the bear market at all and remain confident that our strategy will ultimately see us succeed.

Do you have anything that we can see that demonstrates the potential of the project? Where can we find out more?

Full disclosure. Anthony Alleyne is the Cryptocurrency Advisor to Xmod Inc., as well as Co-CEO of Phore Blockchain.

Disclaimer: The content of this article reflects the views of the subject and should not be taken as investment advice.