Home NewsDemocratising opportunity with the blockchain 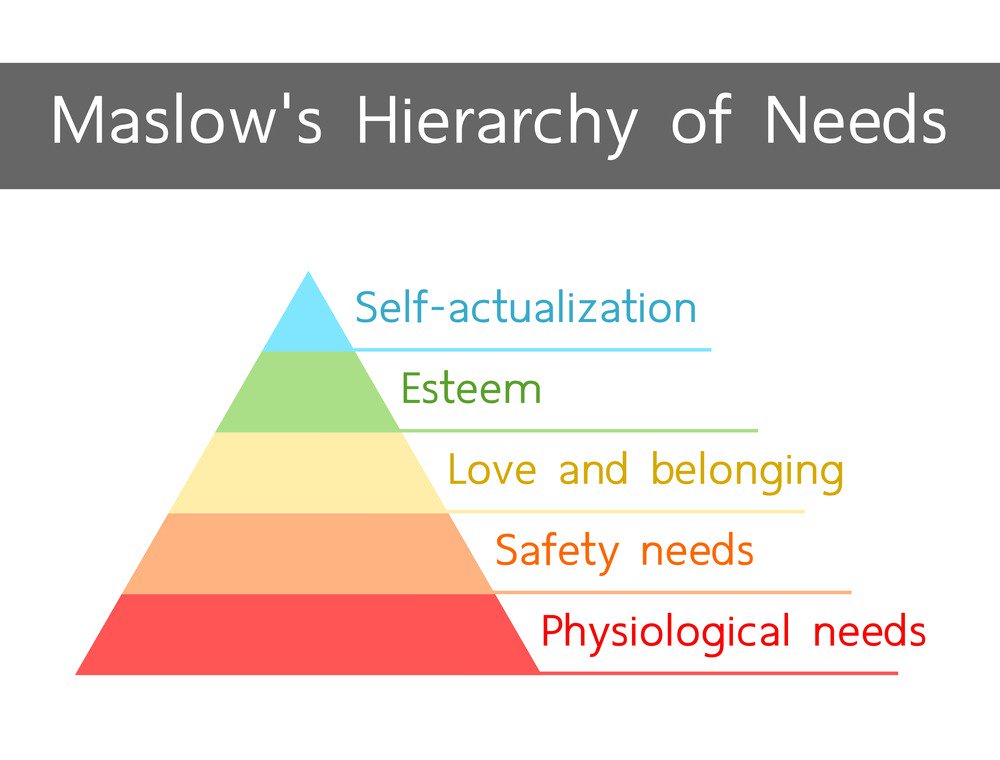 Democratising opportunity with the blockchain

As the rich get richer and the poor get poorer we are left with a situation where necessity can be the driving factor behind innovation and change. Those of you familiar with Maslow’s Pyramid will know about his take on the various layers of human existence he identifies as hierarchical. These levels from the bottom up are physiological, safety, love and belonging, esteem, and self-actualization.

As the rich get richer and the poor get poorer we are left with a situation where necessity can be the driving factor behind innovation and change.

Those of you familiar with Maslow’s Pyramid will know about his take on the various layers of human existence he identifies as hierarchical. These levels from the bottom up are physiological, safety, love and belonging, esteem, and self-actualization.

So on the lowest tier are the very basic things human beings need to survive such as food, water, oxygen, and shelter. Unless these are met then humans are unable to move on to the next set of needs which are safety and security. Once this is met then needs can evolve to the next level: companionship, love, and other supportive elements. Surpassing each stage allows further development as a complicated and effective sentient human being.

This can also turn out to be a trap. if one gets caught in one of the lower levels then simply surviving can be the be all and end all of your existence. Achieving one’s full potential (Self Actualization) which sits at the very top of Maslow’s Hierarchy of Needs will prove impossible.

How does this apply to today's world?

In real terms this has meant that in developing regions, large swathes of the population have not been interned within Maslow’s lower two or three levels, resulting in a massive and cruel barrier to entrepreneurial entry.

However, with blockchain technology things are changing. We are seeing a number of exciting and innovative initiatives starting in developing regions which are the result of a clear will to break the traditional system, and increase the standard of living and/or quality of life.

Leapfrogging has occurred in some of these regions, where radical leaps can be made by a society, by-passing and ignoring technology which has proved to be inferior in more developed nations. However, so far, in terms of the blockchain, this has usually been applied at a grand scale, focusing on national initiatives such as land registry, birth and death records, and election results. These are all noble and just use cases, but what of the individual or SME, who has that one great business idea and carries with them the inherent flexibility to innovate and pivot?

UNICEF appears to be moving far ahead of others in this space. They have been exploring using Ethereum smart contracts since 2017 and seem to be amongst the first to recognise the SME opportunity. They have been aggressive by making ‘equity free’ investments into blockchain start-ups in regions of their operation through their Blockchain Call scheme. Seed funding SMEs in this way has the clear potential to lift selected company leaders and employees up into a higher Maslow level, with the drip-down effect of their expenditure helping other third parties as a result.

But what of the individual or partnership? One person, or perhaps two people caught in the lower three levels of the Hierarchy of Needs? This is an entity smaller than an SME, that could potentially be ineligible to apply for such precious funding provided by UNICEF. Here, fixed business costs such as property, communication, and market fees are going to be a major factor in terms of success and failure. What can help with this? Cheaper and more reliable broadband and calls.

According to a 2015 study, countries in Africa occupy slots two, three, four, and five (after South Korea) in the list of the ten most expensive places to call in the world. If it costs customers a fortune to call you, and a fortune for you to call them back, then your business is dead before it has even started, unless you have significant capital behind you. Most would accept that this would not be the norm in most parts of Africa. Coupled with sketchy internet, which removes a feasible alternative of VOIP, things look grim.

The truth is that the Telecoms companies have got the majority of Africa well and truly tied up in a rip-off strait-jacket. They continue to print money each day by protecting a system which is no longer fit for purpose and also succeeds in strangling innovation at grass roots level. While it is true that internet usage in Africa has increased and the costs of plans have come down, they have not done so by enough. Tellingly, smartphone usage remains under 50% in most of Central Africa, a damning statistic, linked to all areas of the cost of ownership.

Capitalism, through its pervasive nature, has made large parts of the world flat again. By this I mean that culture and consumption is as uniform as it has ever been before. Whether that is a good or bad thing is up for discussion, but the fact is that it’s happened. A trip to almost any city in Europe and beyond reveals certain shops with the same name and contents as the country you've departed.

Utilising the internet as a battering ram, the same product can now be bought in numerous places simultaneously, shipped via Amazon, whose strategy up until recently has been to offer the lowest prices on goods and services. The emergence of Spotify and Netflix has also played a major part in this Brave New World, and now large segments of the younger generations in countries around the world speak English.

With all this in place reaching a worldwide market is now easier than ever with cost effective communications. However, this opportunity has largely bypassed Africa, and certain other developing nations up until this point.

Together, Phore Blockchain and World Mobile have identified developing markets in Africa, Asia and Latin America where Telecom rates have been kept artificially high.

Stimulating business growth can be achieved by providing high quality international calls and data services at low cost. Combining this with a fee-free platform to sell products and services, both Phore Blockchain and Worldmobile believe that their targeted offering will help empower and drive innovation, helping more rise up through Maslow’s Pyramid. Opportunity is something that everybody should have an inalienable right to access.