Home NewsHollywood to get a reputation check 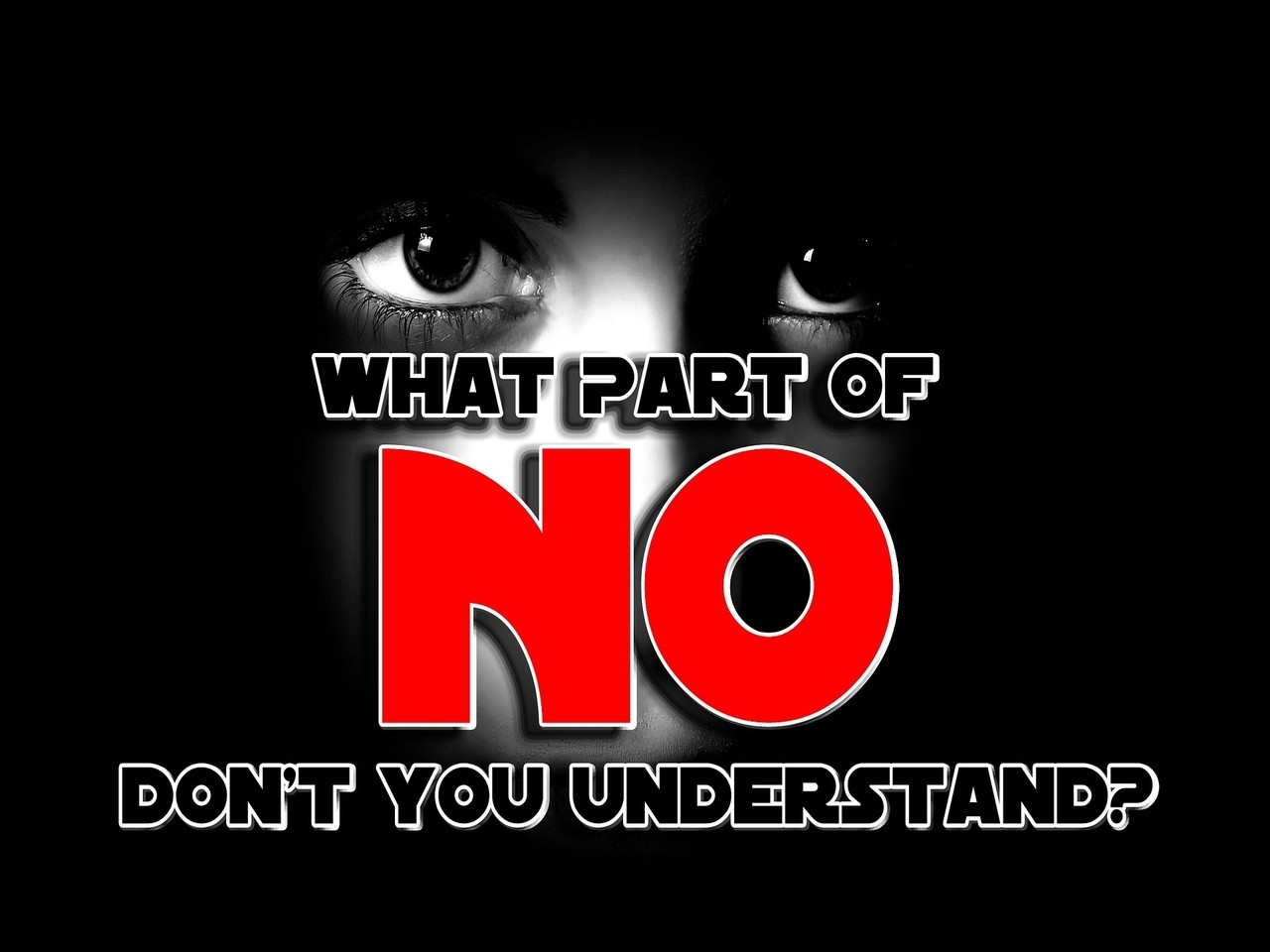 Hollywood to get a reputation check

Cointelligence interviewed Juliet Annerino, the founder of ReputationCheck, a new blockchain based project that is aimed at facilitating anonymous collection of reputation reports. ReputationCheck will help combat sexual harassment.

Hollywood, as you may have noticed, has a problem, and it is not alone. Sexual harassment is a societal problem affecting many people across industries and workplaces of all types.

We often hear from blockchain projects about how, aside from making money, they intend to fulfill a lofty mission to change the world for the better.

Certainly, there are those projects that aim not only to disrupt industries but to positively change how human beings relate to each other. There’s HullCoin, for example, that rewards its users in the port city of northern England for doing good deeds.

However, the power of the blockchain hasn’t been brought to bear on deep-seated social problems such as sexual harassment. Yet, the immutability and trustlessness of the blockchain renders it well-suited to reputation scoring and management. You can assign reputation scores to writers on Steemit, for example, or to crypto traders on the alpha version of Sharpe Capital’s investment platform. So, why not use it to assess the sexual ethics of people?

Perhaps uncomfortable issues, such as sexual harassment, are just too much of a minefield to navigate for blockchain start-ups. The churlish might add that an industry dominated by men who have no problem with “booth babes” at the technology sector’s premiere global event, CES, might not even recognize sexual harassment as a problem.

After all, the image of technology is not exactly as pure as the driven snow regarding “everyday sexism.” Mention Uber, and you probably have two images of the company in your head – one that evokes cheap and efficient, and another of a bullying management giving license to rampant casual sexism.

However, the times they are a-changing. A blockchain project, called ReputationCheck (reputationcheck.io), has been launched that fits those times like a glove. It’s Time's Up and #MeToo on the blockchain.

ReputationCheck is the brainchild of Juliet Annerino, a member of the Government Blockchain Association and founder of the networking group, Tech Ladies. ReputationCheck that revolves around a simple idea - creating a platform to anonymously collect reputation reports.

Juliet came up with the idea when conversing with a friend about “​the sad state of affairs in Hollywood and Government as sexual harassment/abuse scandals surfaced week after week.”

“The basic problem – the way I saw it – was that whistle-blowers who were not somehow protected, by already being established players in their respective fields, were simply too afraid of being blackballed and/or ridiculed by coming forward against sexual predators.”

You won’t be surprised to discover that, in its first iteration, the project is focused on Hollywood with a view to rolling it out from there to other industries down the line.

'Hey, hold up,' say some, 'isn't this a vehicle for faceless individuals to make false allegations from behind the secure anonymity of the blockchain?'

Well, before we address the issue of falsified allegations, let’s first agree there is a problem and take a look at the solution as proposed by ReputationCheck.

Zero-knowledge proof to the rescue:

With the alt-right apparently taking to bitcoin with gusto, it is nice to have a counterpoint to throw back at those in the non-tech media who are fond of trashing all things crypto and not averse to using the shallowest of arguments to achieve that aim. In contrast, this is a project that could be said to emanate from the liberal underbelly of the US.

Juliet, based in Los Angeles, wears her heart on her sleeve and self-identifies as a peace activist. She has also worked on many blockchain projects, providing written content and editing whitepapers.

At the heart of the ReputationCheck platform, envisaged by Juliet, is a cryptographic concept known as zero-knowledge proof (ZKP).

“​I felt in the core of my being that the way to end this vicious cycle of abuse was in empowering the innocent by anonymity, and that this could be accomplished on a blockchain through a system of zero knowledge proofs,” she says.

Put simply, ZKP is a way for two parties to agree that one of them (the prover) knows something and the other party (the verifier) is confident that the prover does indeed know what they know, without the verifier knowing what is it that the prover knows. This is the perfect system for maintaining the identity of individuals and the confidentiality of information.

Users of the permissioned blockchain platform are required to register and be verified by reference to membership of professional bodies, such as the Screen Actors Guild-American Federation of Television and Radio Artists, of which at the last count there were 160,000 members.

Verified members can submit Reputation Reports anonymously, and then the clever technology begins by way of a smart contract that aggregates and analyses all the data and looks for behavior pattern correlation to those with known patterns of sexual predator behavior. This will presumably make use of machine learning and natural language processing, although a technical whitepaper has yet to be divulged. The project's roadmap will be complete in February and the whitepaper the following month.

When law-breaking is alleged to have occurred, information can be escalated to law enforcement. Juliet explains, “​In the event of a crime report, such as assault or rape, the report would be flagged and forwarded to local police authorities immediately.”

However, wouldn’t anonymous reporting be a problem? “I have discussed this with local police in Los Angeles,’” says Juliet, “They assured me that anonymous reports would be accepted from our platform and followed up with. Of course, each jurisdiction would differ in how its local law enforcement would handle this. Therefore, each licensed use by an organisation (studio, company, union, etc.) would be customized for their specific use case.”

Serious matters such as sexual harassment should never be left for individual victims to suffer alone. There is such thing as corporate responsibility and a duty of care that is owed to employees. With that in mind, entertainment industry corporations, professional bodies, and other institutions can become “Trusted Institutions” and incorporate the technology into their human resources framework by licensing Reputation Reports.

It is not difficult to see how this could be attractive to corporations seeking to signal the society-at-large their commitment to a harassment-free workplace, and of course to help mitigate their exposure to litigation risks.

Returning to the fears about false allegations, the project has thought about how to stop this. Verification of members would be the first leg to discourage the submission of false and frivolous reports. Having to pay a nominal annual fee of $12.50 helps as well.

Crucially however, there is the detailed nature of the reports that will have to be made, which include a sensory element and are generally structured to elicit rich detail. This is a proven method of securing higher accuracy and truthfulness rates, according to the research findings of psychology Professor R. Edward Geiselman at UCLA, who is cited by the project.

In a refreshing change perhaps, the project is disavowing the initial coin offering (or should that be token generation event) fundraising route, and the reasoning for doing so is sound.​

“There will be no tokens, no mining, and no ICO for the project at this time in order to ensure broad-scale adoption of the platform on a worldwide level,” says Juliet.

The project wants to make it easy for the analogue world to plug in. “My advisers and I feel that the use of a token would be an entrance barrier for most legacy institutions that we aspire to partner with in this mission. We want to be inclusive. Instead, the platform will be made available by subscription to trusted organisations worldwide.”

That’s probably a smart move by the project and presumably doesn’t preclude a utility token being used to access the service at a later date.

Given that 40% of women report having experienced sexual harassment in the workplace, you will not be surprised to hear that ReputationCheck has plans to extend beyond the entertainment industry and the US.

“The beauty of the ReputationCheck platform is it’s flexible utility, which can swiftly and easily be applied to virtually every industry or association of individuals to increase awareness and accountability and encourage a more ethical behavior among members.”

Juliet and her team are doing the rounds of the studios and she says the response has been extremely encouraging. “We are currently in conversation with Hollywood studios and organizations, but we are not at liberty to discuss specifics at this time before formal agreements have been reached.”

She is also hard at work knocking the pitch deck for investors into shape. The project also has A-list advisers onboard whose backing will, among other things, help with the global push once Hollywood has been cracked.

“Our advisers, who also advise the UN on blockchain projects, are very supportive of the expanded use of our platform, as issues of sexual harassment and abuse are unfortunately quite common in industries such as service, hospitality and agriculture worldwide.”

Juliet’s project feels very much like it is in the right place at the right time.

“I believe Hollywood's smooth adoption of the ReputationCheck platform to help bring safety in truth to its industry would send a clear message to major industries all over the world. This movement has the chance to change the entire dynamic between the innocent and the powerful, balancing and democratizing the ethics of human interaction to spark a truly global societal evolution.”