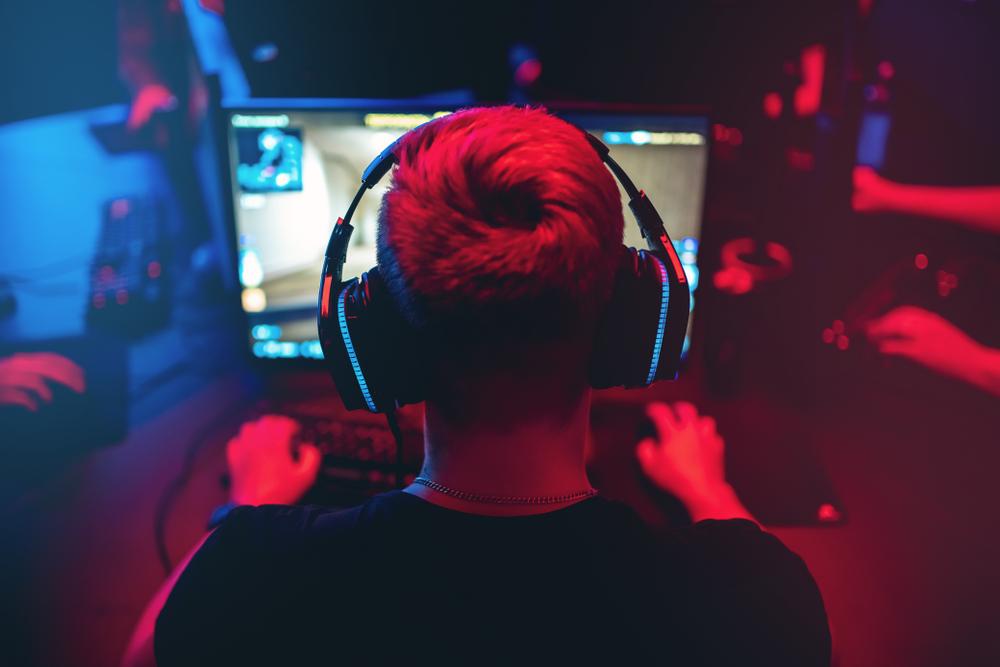 Gaming, Token Economies, And The Metaverse

There are an estimated two billion gamers around the world, projected to generate $US175.8 billion in 2021. Blockchain will be the vector for widespread adoption of digital assets through gaming.

There are an estimated two billion gamers around the world, projected to generate $US175.8 billion in 2021. Blockchain will be the vector for widespread adoption of digital assets through gaming. Coindesk says “Gamefi” is one of the hottest new trends to emerge, combining decentralized finance (DeFi) and non-fungible tokens (NFTs) with blockchain-based online games. Blockchain prevents frauds; makes in-game purchases easier; provides a connected environment for developers and entrepreneurs; allows secure exchange and storage of in-game assets; enables interoperability for players’ profiles and allows players to collaborate with developers to improve a game.

One of the biggest innovations is “play-to-earn” which gives players financial incentives to play. It's been widely reported that in developing countries, this has enabled gamers to earn a full-time income. With the rising ubiquity of mobile phones and digital assets, Chainalysis’s Adoption Index is reporting a growing crypto footprint in many emerging markets. Vietnam ranks first for crypto adoption worldwide, one of 19 emerging markets in the top 20, with the US as the only advanced economy ranking at number 8.

An estimated 50% of daily active users of Axie Infinity are in the Philippines, and it is growing in popularity in other emerging markets like Indonesia, Brazil, Venezuela, India, and Vietnam. A documentary describing this called PLAY-TO-EARN went viral in May 2021. In the documentary, several people told how they had managed to keep their family from falling into poverty by playing the game. Axie Infinity is not free to play, and players need to obtain three Axie Infinity characters to start. To lower this barrier to entry, an informal market emerged in which NFT owners began essentially sub-contracting their Axies for a proportion of the earnings, these players are called “Scholars.”

Yield Guild Games (YGG), a holding company for play-to-earn gaming assets, uses a similar model to Axie Infinity, and pairs players with NFTs to enable them to play and earn. In its July Asset & Treasury Report, YGG reported that over 4,600 YGG scholars and community managers from the Philippines, Indonesia, India, Venezuela, Peru, and Brazil, earned over USD$ 5 million in 4 months in 2020. The YGG model is attractive to the poor as players are lent NFTs with zero downside risk and no upfront capital. In return, they return 30% of their winnings but retain the majority. Think about this across the developing world! Play-to-earn games open a whole new and accessible economy in developing countries, with just a mobile phone. An average player can earn up to 4,500 SLP per month (about $1,200). People in the Philippines and Vietnam are quitting their day jobs to play Axie. The government of the Philippines has been quick to see a revenue opportunity and is looking at taxation of earnings. Coindesk reports that the Government is investigating whether Axie tokens are assets or securities. This is likely to be just the beginning of a wave of regulatory interest as large volumes of money move into this space.

But it's not just “play to earn.” Another recent concept is “move-to-earn.” In this game, players are incentivized to be active. Genopets use data tracked by smartphones or fitness wearables to advance the Genopet NFT in-game. Players can get rewarded for walking your dog, dancing in your room, running your daily 4k, or just getting up and going about your everyday life. Genopets’ mission is to make staying active more rewarding through a fun Free-To-Play NFT game that allows players to earn. DeFi Land, is an agriculture simulation game that uses DeFi, for borrowing, lending, and liquidity provision. DeFi Land also adds its own NFTs, allowing users to acquire plants, trees, and other objects.

This is big business. RedFOX Labs acquired MyMedia Myanmar in Feb 2021, including the acquisition of 13 million followers, 20 million minutes of consumed video each month, and 35 million engagements, making them the premier media content platform in the country. RedFOX purchased the community, it can now create incentivization and rewards with games. Polygon plans to focus on NFTs for gaming and has a $100m fund to help finance developers. More than 60% of today’s NFT and blockchain-based web 3.0 games use Polygon as the preferred scaling solution. Tan Tran of Vemanti which is rolling out in Vietnam, made the point: “P2E in the Metaverse is unique in a way that it’s advancing financial inclusion while accelerating digital transformation, allowing the underserved to enter a borderless world of their choosing while gaining access to limitless income opportunities”.

Tokenized incentivization can architect people’s choices and developers are building micro-economies around every source of value to align individual incentives with delivering an overall functional ecosystem. In Community Token Economies, Jamie Burke described how Blockchain can connect communities around a common purpose, within a token economy where users can be rewarded for building on the network, or promoting the product. Through the network effect, the more active the community the stronger the economy becomes. Community Token Economies can have ‘members’, ‘investors’, ‘advisors’, ‘customers’, and ‘technology partners’ and all can be rewarded for making the network stronger. The community actually owns and shapes the network.

Blockchain provides the infrastructure for play-to-earn games to thrive. Player-owned economies are the next transformation for gaming. In a DAO, players can own the characters and in-game items, and also determine the future of the game in all its aspects. Play-to-earn games have embraced an open economy, making sure players who bring value to the game are rewarded financially. Blockchain gaming is a complete paradigm shift, gamers can now have the guarantee that their digital assets will not be deleted by game owners, they can keep their assets and can use them in other games. They can also make money by selling them on the market. This gives them flexibility, increased security and rewards.

Developers are creating new ways that in-game resources can be tokenized and used to reward players.

In an economy that is gamified and highly robotized and digitized, there is an opportunity to protect natural resources and provide for the marginalised. It's exciting that tokenization, the network effect, combined with the incentives of a gamified environment, can create new digital economies, where everyone with a phone or digital device can participate.

Fun is the on-ramp to the virtual world. Games have become persistent social platforms,with in-game economies, virtual marketplaces, and unique digital assets. The metaverse creates virtual worlds where people can pass time, meet friends, and spend money. In the METAVERSE economy play is work and work is play. We will inhabit them and buy, sell, exchange and earn tokens. “Play to earn” is the dawning of a new era.

See you in the metaverse! I’m moving now! I want to be paid to have fun!

Dr Jane Thomason is an author and thought leader in the applications of blockchain technology for social transformation. She is Co-Founder of the British Blockchain and Frontier Technology Association, Section Chief Editor, Frontiers in Blockchain, and Member of the Advisory Board of the Kerala Blockchain Academy. She is lead author of “Blockchain Technologies For Global Social Change” (2019), of "Blockchain-Powering and Empowering the Poor in Developing Countries" in Transforming Climate Finance and Green Investment with Blockchain (2018) Editor Alastair Marke; and of "Technology and healthcare opportunities in emerging markets" in "HealthTech. Law and Regulation" (2020) Editor Jelena Madir. In 2019-2020, she convened London Fintech Week, London Blockchain Week and London Digital Impact Week. She is a regular blockchain hackathon judge and mentor and mentors social impact startups.