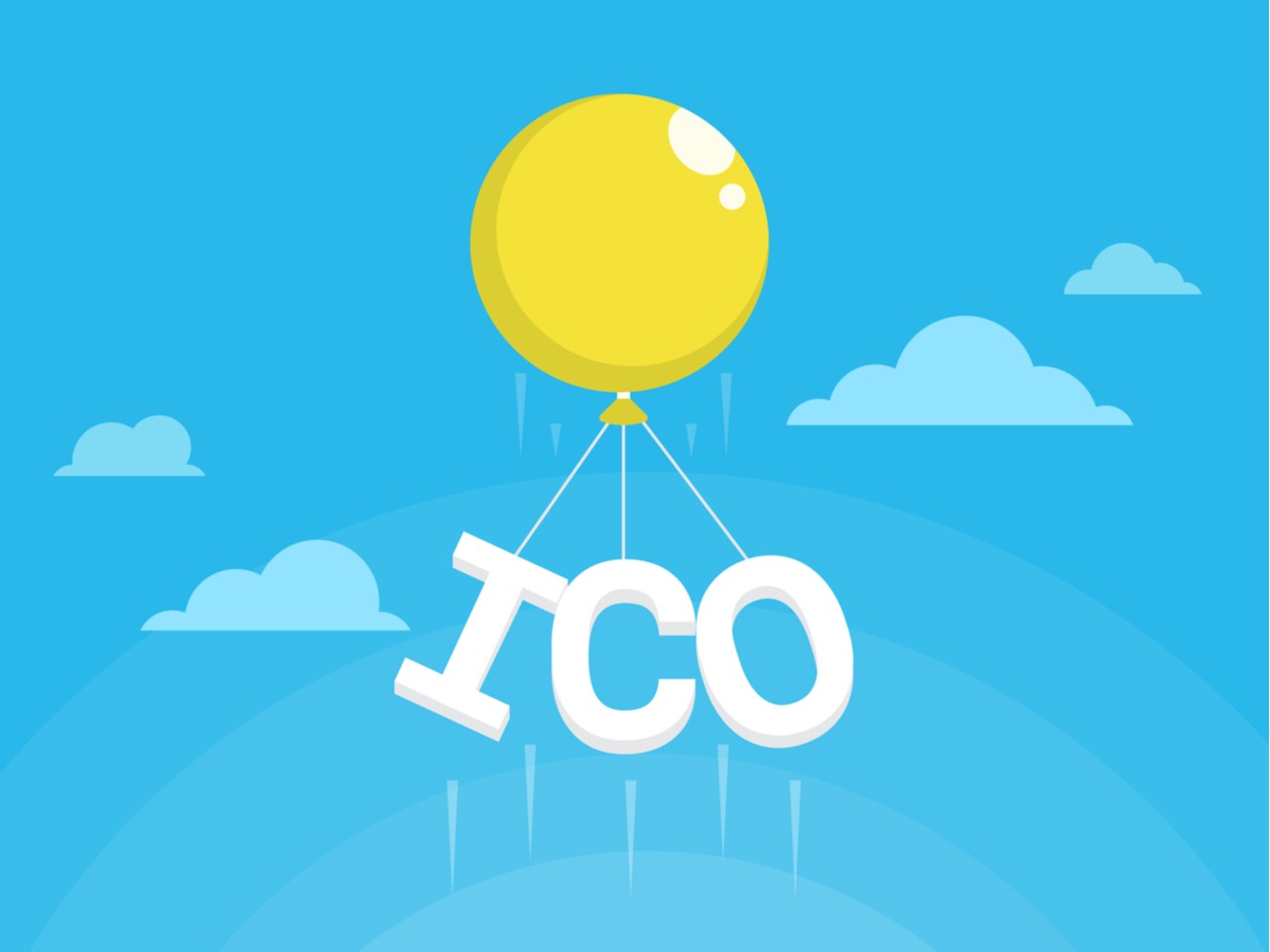 A guide to spot ICO scams

As an investor, you're all on your own when it comes to busting fraudulent ICOs to avoid wasting your coins on scams, and star-crossed projects. Throughout this article, we will help you examine ICO projects to ensure they're real, legitimate business opportunities that one can consider investing in.

Currently, more than 10 Initial Coin Offerings (ICOs) are launched each day. The market has been flooded with ICOs during the past 24 months, mainly due to the fact that ICOs are still an unregulated investment and fundraising method. Anyone can build an appealing website, compile a whitepaper, and create a new cryptocurrency via Ethereum’s blockchain without ever having to go through a single line of computer code. The ease of launching an ICO is the reason that it has become an attractive means for fraudsters to dig holes in the pockets of hopeful investors and get away with launching scam ICOs. The pseudo-anonymous nature of cryptocurrencies renders it almost impossible to trace scammers, even after cashing out.

As an investor, it is up to you to spot fraudulent ICOs and avoid wasting your coins on ICO scams or star-crossed projects. Throughout this article, we will help you examine ICO projects to ensure they’re real, legitimate business opportunities that one can consider investing in. You can find even more tips and guidance in this ICO guide.

Scam ICOs, and other fraudsters, are trying to raise the most amount of money while investing the smallest amount of money. By looking for small red flags, you can spot ICOs that are risky investments, or even scams. The following sections detail different items to review with any ICO, and what telltale signs may indicate the ICO is a scam.

Creating a good-looking, functional website costs a lot of money. This is why scams often turn to either using ready-made website templates or creating basic, low-level sites.


For example, both Abeonacoin and ETHBAY used Crypterio’s “ICO and Cryptocurrency WordPress Theme” without changing even the very basic parts, such as the background, the descriptive pictures, and even placeholder rating site names.

Below, you can see a comparison of ETHBAY’s website and the original template:

The screenshot below is taken from Abeonacoin’s website. Here, you can see that Abeonacoin never changed the placeholder name of the rating website and kept it as “Holder ICO”. The ratings are also identical to what was included in the template.

Here is another good example: ReferPay, an ICO scam, used a stolen app image. This image leads to more than 50 other ICOs on Google which all used the same exact image as their app presentation. 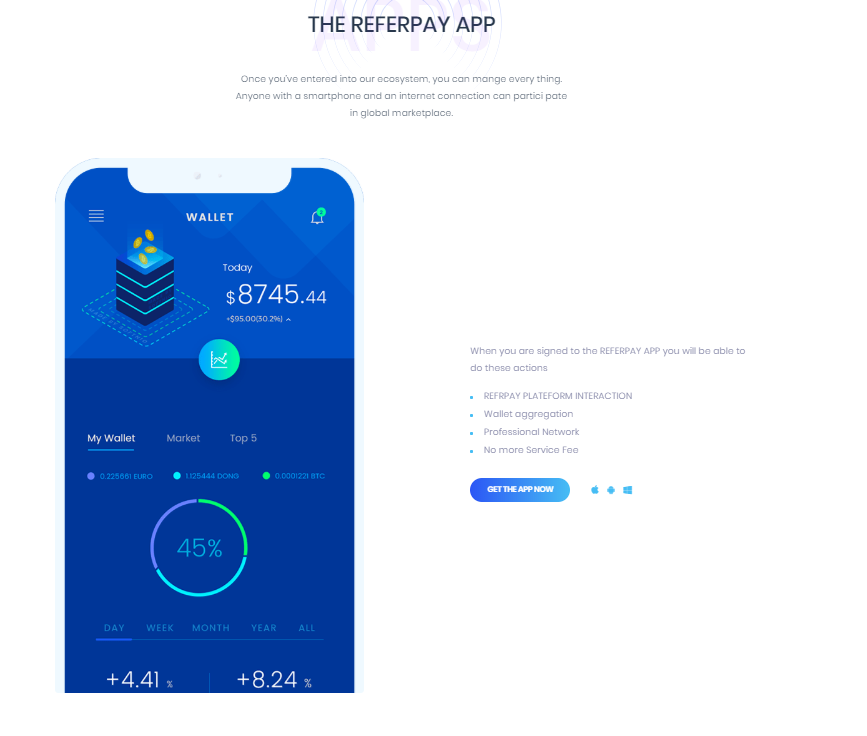 When researching an ICO, ensure that every large image is original or at least different than the template. You can use Google to search for stolen images. Furthermore, check the title names of the images by inspecting them on your browser to see if they have actual names, or are they still named as they appear in the template or on other ICOs.

Another thing to ensure is that the site is continuously updates. Review past versions of the presented website (this can be found in caching sites or on Google). An ICO, which is a sale event, is expected to keep updating their website with information, such as the amount raised, the current discount offered, and which stage of the sale is currently active. Be wary of any ICO site that has not been frequently updated, as this is a warning sign of a scam.

The team of developers is the foundation of any successful ICO. The project’s website should include a detailed section about the ICO’s team of developers. Ensure that the names presented on the team’s page are real people who have real profiles on LinkedIn, GitHub, and/or the BitcoinTalk forum. Be sure to check that the blockchain developers actively participate on the Bitcoin Stack Exchange and Ethereum Stack Exchange websites.


Examine the team members’ LinkedIn profiles thoroughly. Make sure that their previous employment history listed on their LinkedIn profile is real by visiting the websites or the profile pages of the companies where a team member claims to have previously worked.

The image below illustrates once such instance of fraud. Here, Veio tried to pass off stock images as headshots of their team. 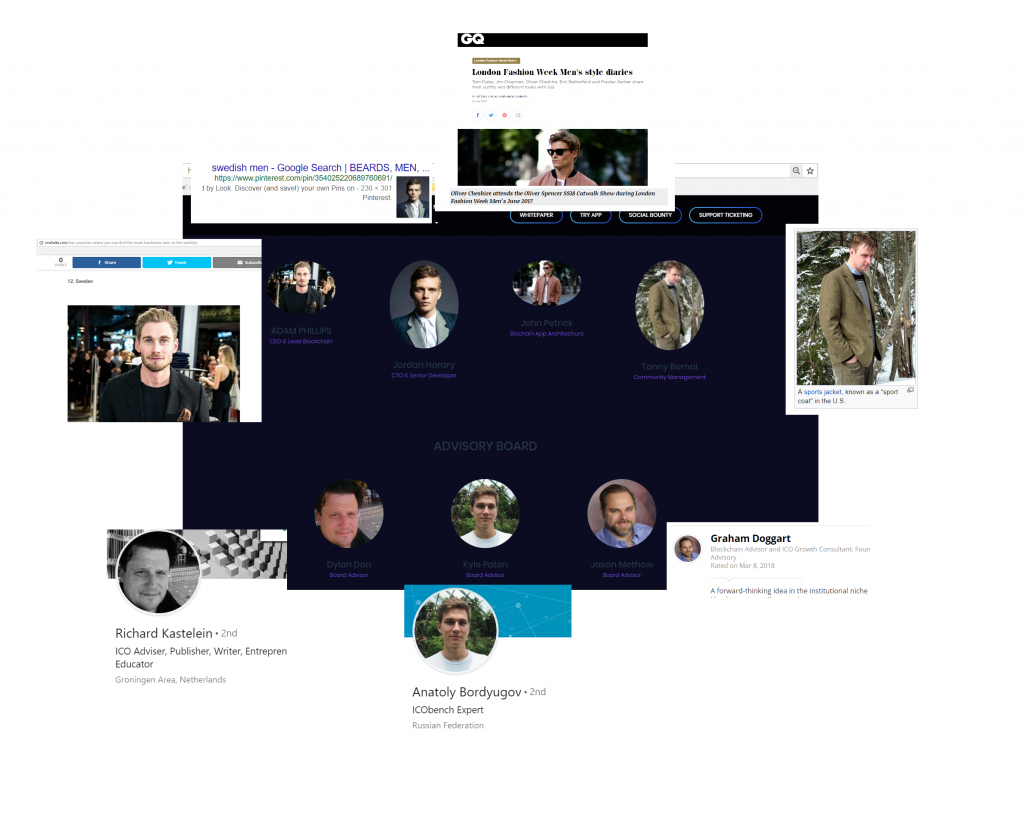 Blockchain developers will usually have an active profile on GitHub and/or Sourceforge. Make sure that the project’s developers have GitHub profiles that include considerable contributions and/or repositories. Repositories with a large number of stars reflect the high quality of the code created by a repository maintainer (developer). Other GitHub members award stars to developers in order to recognize the high-quality code they publish on their repository.


An anonymous team is also an alarming sign that the ICO may be a scam. Team members collaborating on a legitimate ICO would never hide their identities. They should also make public appearances to show their competencies via webinars, conferences, and other forms of meetups with blockchain enthusiasts. Recently, the most successful ICOs have had active Telegram groups through which the project’s team interacts with investors, responds to queries, and clarifies any suspicious issues that can arise from time to time. A company whose team members have never made any public appearances should raise your suspicion regarding the legitimacy of the ICO.

If a project claims that it is innovating a token with novel features, but the whitepaper lacks detailed explanation of how this will be specifically achieved, then this should be a red flag that the project is likely to end up being a scam.

A whitepaper that includes grammatical mistakes and technical errors, or fails to provide a clear picture regarding the project’s goals, technical features, and roadmap, represents an alarming sign that you are probably dealing with a scam. Moreover, if the whitepaper contains plagiarized content, then they may be a scam ICO, or at the very least an ICO that would be very risky to invest in.

The project’s goals should be realistic. Whenever a project makes illogical claims, especially if the project doesn’t offer any disruptive or creative innovations, you should be wary that the project may be a scam. It is never logical to expect a new blockchain to remedy global warming, replace Bitcoin, drive banks to extinction, or offer a guaranteed 100% ROI within a few months. Even if the project is promising, professional blockchain developers will never make such claims.

Also, a project’s board will never make price predictions, because there can simply never be any means for predicting the price of a coin or token before, or even shortly after, the end of the ICO phase.

As cryptocurrencies are all about decentralization, the code should be open source so that it can be viewed and examined by anyone. It goes without saying that “code is law” - even if the project’s website or whitepaper are suspicious, the platform’s code on GitHub or Sourceforge can clearly determine the authenticity and legitimacy of an ICO project.

Never consider investing in a project whose code isn’t visible to everyone. Additionally, a coin or token that is simply a clone of some other coin, with only a few lines of altered code, is mostly a scam or a project that is doomed to eventually fail.

If the ICO is declares it is an open-source ICO, the code presented on GitHub should be updated at least every two weeks. If an ICO doesn’t share its open-source code but has a GitHub page, this page should be kept up-to-date with current and relevant information. A poorly maintained GitHub page or repository is another warning sign that the ICO may be a scam.

Here is an example for a very poorly maintained GitHub repository in which Veio, a known fraud ICO, has updated its repository only once in the past year. 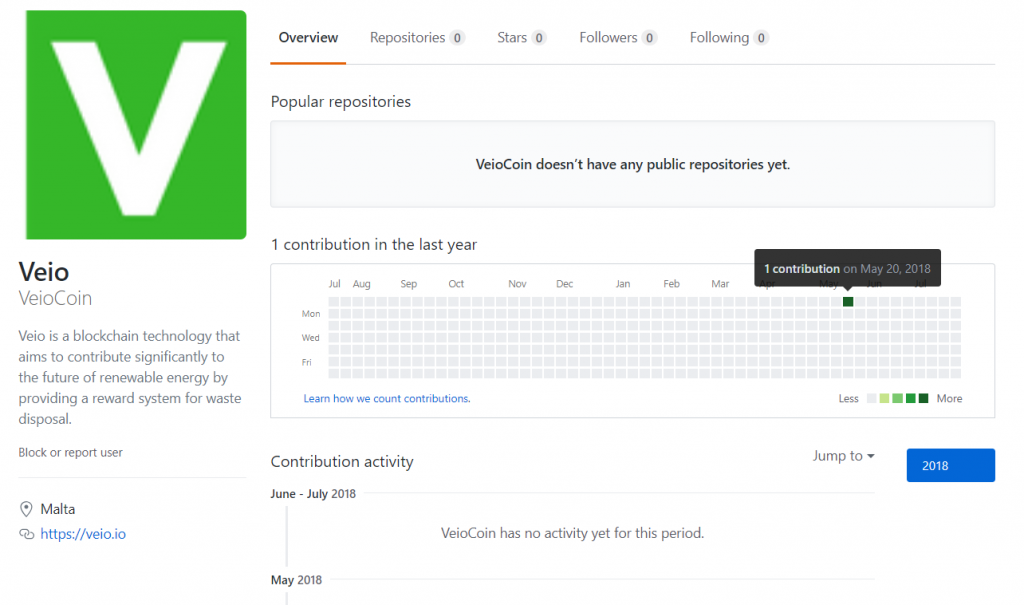 There must be at least two well-known, trusted community members controlling the escrow account, otherwise you are most likely dealing with a fraudulent ICO.

Examining the members and conditions of the escrow account can help you detect many fraudulent projects and protect you from wasting your money.

Today, most ICOs offer a percentage of coins or tokens for sale before the actual public ICO is launched via a pre-ICO. A pre-ICO offers big investors, also known as whale investors, the opportunity to purchase coins at discounted prices. The presence of a pre-ICO is a good sign that the project has been vetted by big investors or crypto-whales. The lack of a pre-ICO should raise a red flag, as this means that the project hasn’t been examined and proven potentially profitable by big investors in the crypto community.

A pre-ICO shouldn’t offer a large percentage of tokens for sale in order to guarantee that the token distribution remains decentralized. If a large percentage of the coins are sold during the pre-ICO phase, this will result in centralization of the economy of the cryptocurrency, as it will be highly controlled by the small number of big investors who invested early in the project. If this occurs, it doesn’t necessarily mean that the project is fraudulent, but it does show that the process of coin distribution wasn’t properly managed.

The project’s whitepaper or website should clearly state how the coins will be distributed. Most importantly, investors should know the exact percentage of coins that will be owned by the project’s team members.

These were just the most important points one should examine when looking to invest in an ICO. The advice presented in this guide will help you filter out potential scams through the hundreds of ICO projects that hit the market every month. You are strongly advised to do extensive research and use common sense before deciding to invest in an ICO. Even after chipping in and buying an ICO’s tokens or coins, you should follow the progress of the project to perfectly time your exit point.