Home GuidesInvesting in the best ICOs: A simple guide 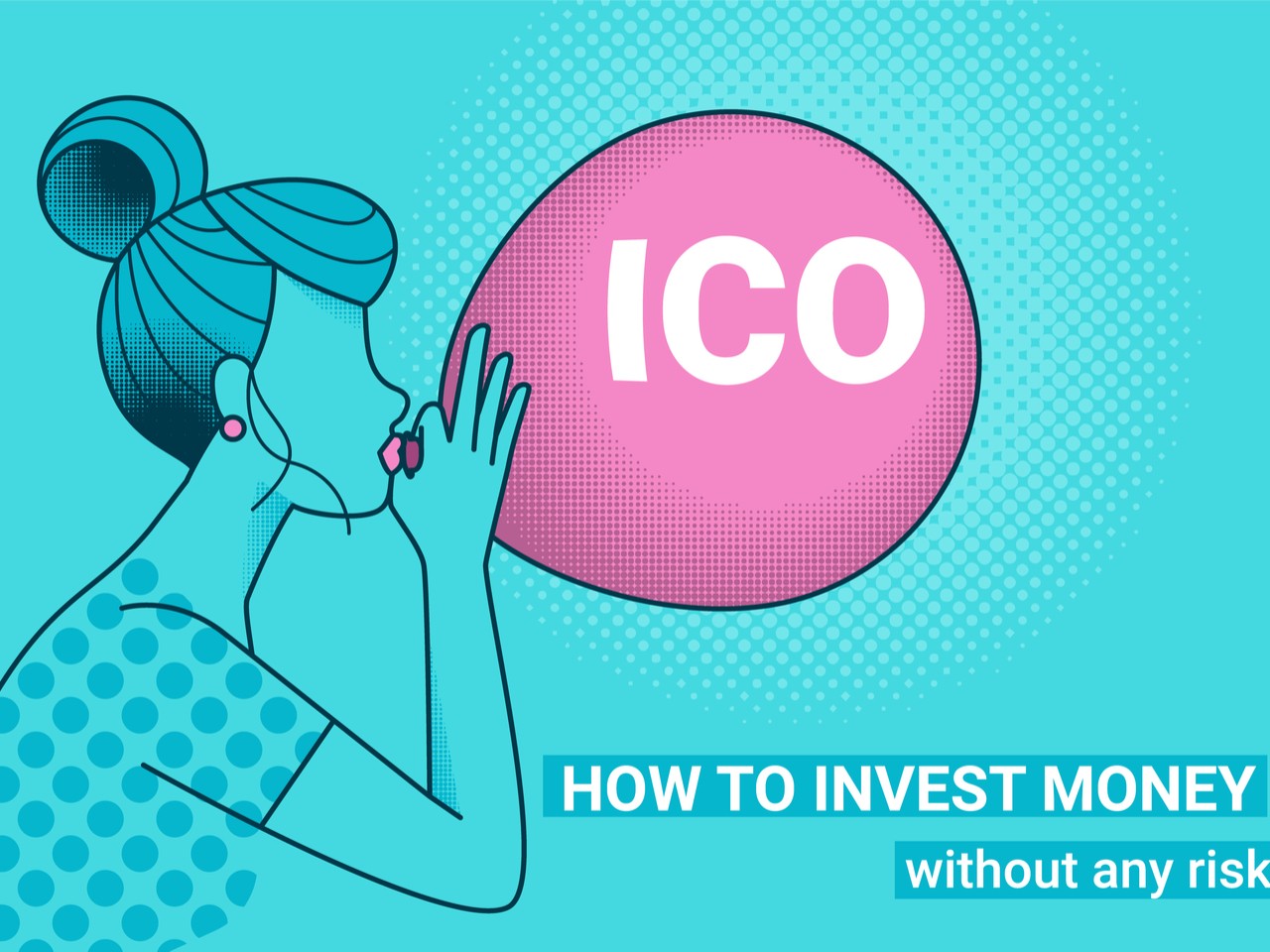 Investing in the best ICOs: A simple guide

Cointelligence is presenting you a concise step-by-step guide to help you invest in the best ICO projects. We will walk you through how to spot the most promising ICO projects, doing your due diligence, purchasing the tokens, and finally selling your purchased tokens for profit. It is worth mentioning that ICO tokens represent a highly volatile form of investment assets, so trade safely and never invest an amount that exceeds what you can afford to lose.

Startups have raised around $5.6 billion via ICOs during 2017, according to a recent report published by Business Insider. In 2018, the market witnessed a huge boom in projects and startups raising capital via issuing their own cryptocurrencies. While the total market capitalization of cryptocurrencies is currently valued around $254 billion, in 2017 it exceeded $600 billion. This attracted the attention of thousands of traders from all parts of the globe and brought many new investors to the ICO market. Throughout this simple guide, we will help you understand what ICOs are and how to determine which are the best ICOs for you, should you choose to invest.

What exactly is an ICO?

An Initial Coin Offering (ICO) represents a means of seed funding and crowdfunding through the issuance of a brand new cryptocurrency or cryptographic token. These tokens, issued mainly via Ethereum’s blockchain, are sold to investors in order to raise capital for a particular startup or project.


There are currently more than 1,500 coins are traded on cryptocurrency exchanges. Not all cryptocurrencies or ICO tokens are issued on new blockchains. In fact, most of them are created using other well-established blockchains. Many ICO crowdsales rely on creating ERC-20 tokens that function on Ethereum’s blockchain.

Democratic funding:
ICOs enable projects to bypass the conventional means fundraising, such as seeking loans from banks and funds from venture capitalists. Such traditional funding usually requires a large amount of time, as well as a large number of personnel and other resources. Via an ICO, anyone can advertise their project to a large community of potential investors. Anyone can be an investor and choose to purchase the project’s tokens in order to fund it. Often, this means that the investor can enjoy high returns in a relatively short period of time when the ICO’s tokens are listed on cryptocurrency exchanges for trading.

Huge profit potential:
The price of many cryptocurrencies has skyrocketed, rising from cents to dollars in only a few months. Due to this, many investors are eager to invest in the next booming ICO coin. Even though some ICO coins have no real technical potential, the large number of speculators and investors stepping in to bet on high returns. This has boosted prices astronomically during 2017.


The following steps will help you to understand the steps required to invest in an ICO.

It is critical for any investor to thoroughly research upcoming ICO crowdsales. There are several websites that list upcoming, ongoing, and completed ICO projects. Sometimes, it is quite profitable to invest in ongoing ICOs, so keep an eye on those too. Cointelligence offers one of the best portals for monitoring Initial Coin Offerings' sites. Whitelist ICOs are ICOs that require investors to register prior to the launch of the crowdsale to be able to buy the ICO’s token. Whitelist ICOs are potentially more profitable than ICOs that don’t involve a whitelist.

There are other websites and portals that list upcoming, ongoing, and even completed ICOs. Some of these sites offer valuable ICO statistics. These sites include:

Apart from ICO listing websites, there are other online communities that offer valuable information regarding various ICO tokens. These include:

It is important for any investor to thoroughly research the token’s features in order to ascertain whether the ICO represents a potentially profitable business opportunity. There are numerous key points that have to be considered to properly assess the potential of an ICO project. The following questions are key questions that will allow any investor to begin to vet an ICO:

You can also check reviews and analyses written by others to verify the potential of a specific ICO. High-quality ICO reviews can be found on:

After you have completed your research, you may decide to purchase the token or coin of an ICO. At this time, you should open an account on a cryptocurrency exchange so that you will be able to convert your fiat currency into one of the two main cryptocurrencies -  Bitcoin (BTC) or Ethereum (ETH). Coinbase, Kraken, Bitfinex, Bitstamp, and Binance are a few of the best exchanges one can use to buy bitcoin or ethereum.

Creating your cryptocurrency wallet to take part in the ICO:

It is critical that you have your own crypto wallet, as taking part in an ICO and buying the ICO’s tokens requires you to transfer BTC or ETH from your personal crypto wallet. It is also necessary for receiving tokens from crypto airdrops. Your exchange account (e.g. Coinbase/Bitfinex/Kraken) is different from your crypto wallet. On crypto exchanges, you do not have any control over your coins’ private keys. Moreover, if you send the funds from an exchange’s wallet, you won’t actually receive the ICO tokens. This is because the transfer originated from the exchange’s wallet and technically you do not own any wallets on the exchange. Blockchain.info offers a wallet that is a user-friendly and safe to use with your bitcoin, ethereum, and bitcoin cash.


It is recommended to use ETH as the base cryptocurrency for participating in ICOs, as many ICO coins are compliant with the Ethereum token standard, known as ERC-20. The most convenient wallet is MyEtherWallet (MEW), which can also be used to store Ethereum-based tokens after the ICO is over and the tokens are freely tradable on cryptocurrency exchanges.

Each ICO project has an official website where you can purchase their tokens or coins and store them. Usually, these coins are stored only for the period of the ICO. Occasionally, the coins are stored for a period of time following the completion of the ICO. You will be able to find detailed instructions on the project’s official website regarding how to participate in the ICO’s token or coin sale.

There are various strategies adopted by traders participating in ICOs. Some speculate over ICO tokens, i.e. they purchase and sell them after a predefined period of time or after the price reaches a specific target. Speculating over tokens is referred to as ‘token flipping’. Given the fact that the volatility of ICO tokens is extremely high, token flipping represents an extremely risky trading strategy.

Others are long-term holders. This group includes traders who believe in the long-term prospect of the project and intend to hold their tokens for years. Practically speaking, ICOs were meant to be a means for funding a project and distributing its ownership among holders of the ICO’s tokens.

There are also short-term holders, including those who hold the tokens for weeks or months, and then sell them when a target price is reached.


After an ICO is completed, the tokens are listed on cryptocurrency exchanges for trading. If you didn’t manage to participate in the ICO itself, you can still purchase its tokens on exchanges where they are listed for free trading.

IMPORTANT NOTE: No matter how safe or legitimate an exchange might seem, never use it as a wallet to store your coins or tokens. Always remember that when your coins are on an exchange's platform, you don't own their private keys. As such, you technically don't have control over your coins.


In the end, we can never stress enough how volatile ICO tokens can be. It is important to always trade wisely and never invest more than the amount you can afford to lose. Follow the charts and the news closely. Stay in touch with other members of the cryptocurrency community so that you can benefit from the opinions of others. Try to anticipate price movements before they occur.

Cointelligence wishes you the best of luck in all your future investing endeavors.

Publish your ICO on Cointelligence to attract new investors today