Home NewsReviving cyber-utopia: why the emerging blockchain economy is thriving amongst artists 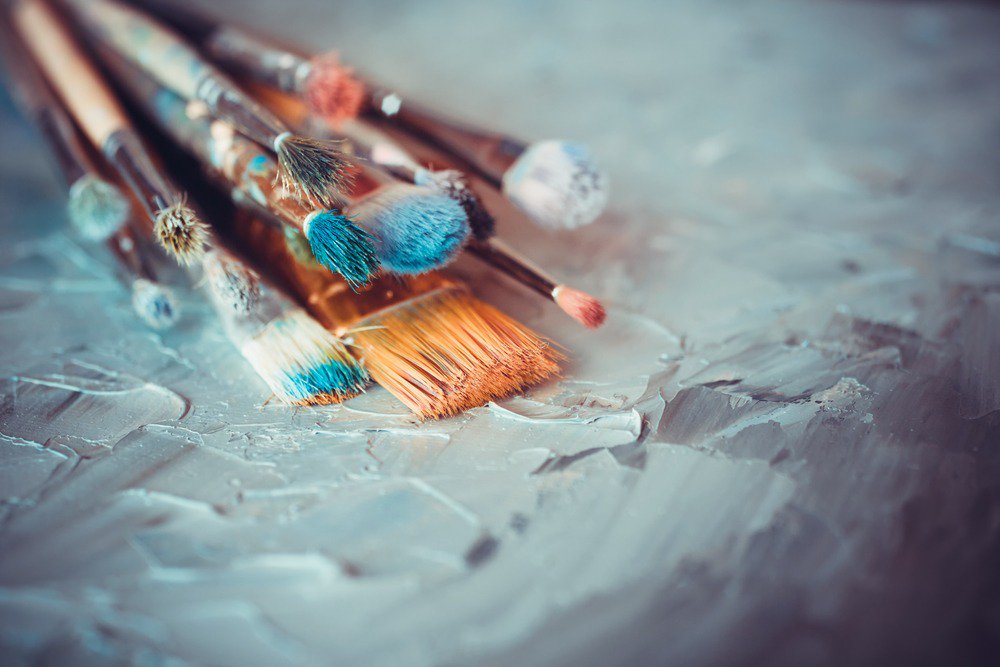 Reviving cyber-utopia: why the emerging blockchain economy is thriving amongst artists

Although the crypto community and the art world might seem like an unlikely pair, this unique relationship is in full blossom. As explained by Art Basel back in the early 90s, many artists were too involved in the internet culture and then became disappointed by the space; “they saw the internet’s early promise of a decentralized, transparent, democratic space invaded by corporations and mass surveillance.” Now, blockchain holds the promise to bring those values back.

By Jason Rosenstein, Co-founder of Portion

Although the crypto community and the art world might seem like an unlikely pair, this unique relationship is in full blossom. As explained by Art Basel back in the early 90s, many artists were too involved in the internet culture and then became disappointed by the space; “they saw the internet’s early promise of a decentralized, transparent, democratic space invaded by corporations and mass surveillance.” Now, blockchain holds the promise to bring those values back. Imagine the blockchain as a decentralized, transparent and democratic online ‘canvas’ where the art world can revamp itself in multiple ways and maybe, provide abundance to the starving artist for good…

The blockchain: a tabula rasa for artists

A decentralized auction-house.  One of the many buzzwords tossed around when talking about blockchain is decentralization and its associated promise to change many outdated practices amongst different industries. But why would artists need to decentralize how the art economy works? Auctions houses like Sotheby’s and Christie’s have dominated the space since the 18th century, providing access to the world of art and collectibles to only well-connected and wealthy individuals. Additionally, the traditional arts and collectibles market managed itself as a centralized space using intermediaries such as dealers, galleries, auction houses, art brokers, and private sellers in charge. These players are the current driving force wielding power over price discovery and transactions. As The New York Times explains, “typically, a seller might pay about 10 percent commission on a $100,000 artwork. A buyer would pay about 25 percent. But for some works of art — commonly those worth $1 million or above — sellers don’t usually pay anything.” But how many artists are selling works of art worth $1 million or more? The blockchain introduces the possibility of changing how these transactions work. Imagine an online auction-house where artists could receive payment without a centralized entity taking a commission for the transaction. Artists will be able to set the price they wish to obtain for a particular piece and collectors will be able to offer their desired price to the seller. Dealing with intermediaries affects how artists connect with their creations. By taking away the intermediaries, artists will begin to feel more empowered. The blockchain economy allows artists and buyers alike to participate in an economy that’s mutually beneficial for both. Decentralization through smart contracts enables creators to own their content and manage their economy again.

A new era of art-transparency

Anonymous bids create uncertainty as to whether or not the individual would be able to afford the bid placed on an item. In November 2013, the Pink Star Diamond was apparently sold for $83 million, however, the diamond was never delivered because, according to Sotheby’s, the buyer defaulted on payment. Although bidders go through exhaustive processes to ensure they have sufficient funds to bid on high-value goods, traditional auction houses won’t normally mandate earnest money during an auction. Earnest money is a deposit to demonstrate the bidder’s commitment, which binds them to a contract. Utilizing blockchain-based smart contracts will make it possible to rectify the lack of transparency issues when dealing with pseudo anonymous bidders. Additionally, blockchain technology guarantees provenance and authenticity of goods by verifying that a piece of artwork really is what it’s supposed to be. In 2016, a Swiss dealer found out that a small painting by Alfred Sisley purchased at Christie’s in 2008, had been looted by the Nazis in 1940, and rightfully belonged to the Jewish family they had taken it from. The dealer felt extremely disappointed with Christie’s provenance and demanded the auction house reimburse him, plus interest. How can the blockchain improve art provenance in the future? Provenance, the record of ownership, becomes transparent on the public ledger as the good is transferred from entity to entity, reducing the need for future authentication.

A democratic space for emerging artists

Art is not generally widely distributed. As opposed to other artistic fields, such as music, only a few people hear about certain upcoming artists and their exhibitions. The average person would surely be able to name the latest pop music sensation, but most likely won’t be able to tell the names of the most promising contemporary artists. As a result, artists need to work hard to reach their targeted audience. Only those whose networks include brands or well connected people in the space will be the most likely to succeed in selling their art. Additionally, the limited number of galleries and auction houses coupled with industry politics creates more obstacles for lesser-known artists to sell their work. Regardless, the blockchain offers a new means for artists to reach their community, and eliminates intermediaries and heavy fees for themselves.

The emerging blockchain economy can show all of its potential in improving art transactions, while allowing artists to develop new ways to express themselves. The blockchain fosters an environment where artists can create and experiment freely, with no entity leading the way on how the art market should evolve. Secure and simplified transactions, increased transparency and trust, as well as empowered users, are concepts that made blockchain a natural fit for artists. It finally seems that through blockchain, forever-evolving art and technology have found the perfect glue that sticks them together.

About the author: Jason Rosenstein is the Co-founder of Portion. He is a blockchain developer who identified the transformative and multifaceted capabilities of blockchain technology in 2011. He began building powerful machines to generate cryptocurrency and produced prototypes demonstrating the capabilities made possible by blockchain. Jason has extensive experience in blockchain development and complex distributed application design. In his previous startups, he served as founder and developer. Jason’s area of expertise also includes system architecture, project management, and financial systems. 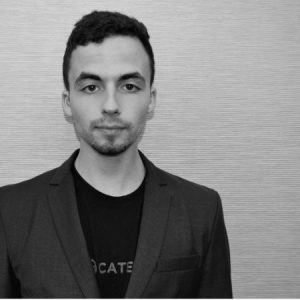