Home NewsDigital looting: Internet centralisation in XXI century, or expropriation of private property by the US companies 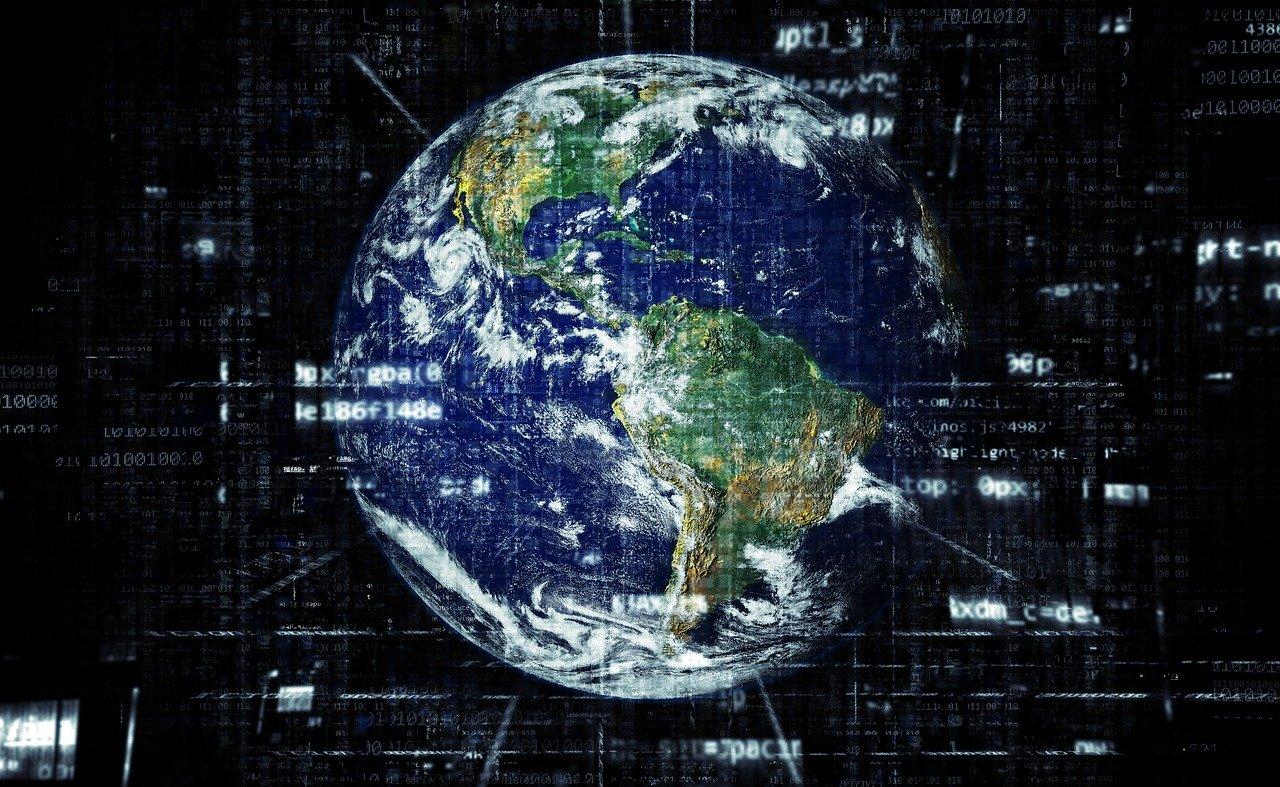 Digital looting: Internet centralisation in XXI century, or expropriation of private property by the US companies

From UniversaBlockchain: Last year, Universa Investments L.P., through the help of US-located court and ICANN, took over our universa.io domain, no matter that neither our company nor the whole .IO TLD are related to US even a little bit, what contradicts both the international law and the common sense.

This article was written by Alexander Borodich and was originally published on the UniversaBlockchain Medium page. It has been republished here with permission.

Today is probably the most important news post for the whole time of our Universa project history. It covers the very fundamental concepts of freedom and fairness in the Internet. Specifically, how exactly does USA treats the freedom and the laws.

I am a futurologist and the venture investor. Having invested in more than 100 technological startups from 35 breakthrough trends, I’ve seen 5 of them becoming “unicorns” (GitLab, Flexport, Embark, EquipmentShare, Rappi). My activity is very public and transparent: https://en.wikipedia.org/wiki/Alexander_Borodich.

In 2013, I’ve started to design and plan the digital infrastructure of Universa Blockchain, and in 2017, I’ve founded the Universa Blockchain (https://universablockchain.com) startup, which has expanded nowadays to work in Russia, Tunisia, UAe and Europe. And this is the first time I see such a blatant disregard for the most general concepts of the international law from a US company.

Two years ago I wrote for Forbes Russia (https://www.forbes.ru/tehnologii/370767-bitkoin-vs-gosudarstvo-10-let-spustya) that “the blockchain undoubtedly won’t become a silver bullet for all the humankind problems; but it is capable to shift the familiar services to the highest gears in the aspects of logistics or online payments. Most likely, the end user won’t even notice this paradigm shift. In 5 years, the blockchain technology may mature from the first pilots up to the enterprise-grade, and the implied confrontation between ‘The Anonymous Resistance Force’ and ‘The Financial Empire’ will go on and on”.

And now it is the time to discuss the reality of digital looting by the USA.

Last year, Universa Investments L.P., through the help of US-located court and ICANN, took over our universa.io domain, no matter that neither our company nor the whole .IO TLD are related to US even a little bit, what contradicts both the international law and the common sense.

Just imagine the face of our domain registrar (based in New Zealand — quite the opposite to the US jurisdiction), when the owner of the universa.io domain has been changed even without their knowledge or notification(!!!).

In just a single day, we’ve lost access to the emails, communications, financial and various other services which were using the ***@universa.io emails for their accounts. All the active business connections and the contacts cut off. The domain and the email are the digital office and the desktop phone of the modern days. Taking over the domain, you are locking out the business.

We had to move to the new universablockchain.com domain. We suffered some losses (both the financial and the reputational ones) but survived. But it was just the beginning of the bullying by Universa Investments L.P.

The 2020 year goes by, and we are getting the fresh new claim from the Universa Investments L.P lawyers. Seems like the social distancing caused by COVID-19 is making the people less and less social ;)

Universa.io was not enough for them (though why they even wanted the .io domain, typically used nowadays for technological and infrastructure projects — they don’t even used this domain at the moment). Now they want to claim our universa.com domain (which has been registered as early as in 2001, 6 before the inception of Universa Investments L.P.) and universablockchain.com (in which they noticed the “universa” word, and which as well has been registered BEFORE our US fellows got their trade mark.

Alas, the modern Internet is built in such a way that the US companies have the total legal superiority over the rest of the world when it comes to the domain conflicts.

And if you wonder if this is just something US-Russia-specific — if you live in Germany or France, New Zealand and Brazil, and consider this is irrelevant for you — that’s completely wrong. The whole idea is that this international treatment by a US company is not Russia-specific. It is any-non-US-country-specific.

Moreover, when the local US court chooses to take over your domain, all your other assets may become in the line of fire too: your company Facebook pages, Twitter accounts, Medium, Github and even Reddit. Thankfully, at least the Telegram survives ;)

That is, it doesn’t stop at just some domain. After the US court decision, in 2019 even my PERSONAL Facebook page and Universa Blockchain group (with more than 40,000 subscribers) were blocked. A personal Facebook page for our generation is a private timeline, holding all the history of your live — and it is the history of my life I was deprived by the US company just because they don’t like our existence somewhere else on the globe. Raided and looted.

And how did we react?

I, personally, got in touch with Mark Spitznagel, the founder of Universa Investments L.P, and suggested to settle the conflict peacefully. In Russia, we have a saying for that — “A lean peace is still better than a heavy war”. His lawyers rejected the offer. Seems like Universa Investments L.P. considers they can just chokehold a young startup and wait for its asphyxiation, ignoring any “I can’t breathe!” upsets. In fact, they do indeed cause enough troubles for us, seeing zero media reaction on that. That’s what the digital looters of XXI century are.

Moreover, if we lose — it would mean any other domain could be seized in this obviously illicit way from the legal owner. Remember, the Russian Federation President, Vladimir Putin, has the kremlin.ru site. So if our US fellows register the “Kremlin” trademark, win the US local court, and request ICANN to switch over the domain to them “because they own the US registered trademark”. Sound quite insane. And that’s exactly what happened with our universa.io domain. But back to our Universa Blockchain.

Three years on, we have walked a long road and launched the worldwide global network for the Internet-of-Things, Smart Cities, digital IDs and workflows — Universa MainNetwork (https://beta.mainnetwork.io), using out Universa Blockchain technology.

Any person even remotely familiar with the software/systems development, can easily estimate the scale of the work done. Universa Blockchain technology is one of the world fastest decentralized ledgers / DLTs (having >25,000 TPS, that is even faster than VISA payment system), allowing not just to digitize contracts and build the distributed applications, but to automate handling of any assets, to breath life into the Internet-of-Things, to specify the robotic information systems intercommunication and streamline various document workflows.

Universa Blockchain is used all over the world — DMCC, the Dubai’s leading international free trade area, and Dubai Commodity Trading and Entrepreneurship Authority signed a strategic agreement with Al Khaleej Sugar and Universa Blockchain, stipulating the launch of a new sugar trading platform (https://trade.digitalsugar.io) in Dubai. Just a reminder, Al Khaleej Sugar is one of the largest sugar refineries in the world, with capacities of more than 1.6M tons.

Recently in Tunis, Universa Hub Africa announced the launch of National blockchain for Tunisia: https://www.facebook.com/permalink.php?story_fbid=3104230919644379&id=159092077491626. The first service, https://mydocuments.tn lets Tunisian citizens to digitize and digitally sign the official documents, what became so important during the COVID-19 pandemy.

As you may see from our achievements, we are one of the most technologically advanced teams, with the deepest knowledge of the algorithms, cryptography and AI. Russian mathematical education is still one of the strongest in the world.

Year after year, Universa Investments L.P., using the cudgel of US justice, displays the complete negligence to the international justice norms. And now they are trying to take over our universablockchain.com.

In Universa Blockchain, we are laying the world of future while building the present; and very soon, we are going to present our plans for the nearest three years. And the plans are huge. Among them are the instruments to get rid of the centralized Internet controlling US hegemony; in particular, the UDNS technology to fully decentralized domains and security certificate management.

And for now we are preparing for Battle of Moscow, and it’s not just a figure of speech.

Of course, if our domains are taken over — nothing actually will be disrupted. The business won’t pause or cancel, the integration and the partnerships in Tunisia, UAE and other countries, won’t pause or cancel. Of course, the MainNetwork won’t break for a second — as it hasn’t made a single glitch when the universa.io has been taken over. Universa Blockchain will proceed to run, both as one of the most contemporary blockchain networks, and as a business.

Nevertheless, we have a dangerous precedent in front of us: US based company decides that their jurisdiction covers all the world. They don’t care if we have the Swiss, Tunisian or Russian legal entities. We don’t do any business on the US territory. We don’t have any contractual obligations in USA. We have even revoked our request to register the Universa trademark on US grounds.

Universa Blockchain is a software product built by the group of companies, established under the Universa brand long ago the Universa trademark in US (our fellows have managed to applied the trademark registration only by the summer of 2018). We run the business under this brand in Russia, Tunisia, Europe and Asia. Universa.com domain has been registered 6 years before the US company even appeared, and 17 years before they claimed the trade mark. These are the very basic arguments any person could understand, without the need of any legal education. And even owning the Universa trademark in US jurisdiction in the class of financial services, doesn’t give the owner any “prolongation” right to cover the non-US rest of the world, and non-financial rest of all the possible goods and services.

So we ask all any business media having the independent editorial policies, as well as the Ministry of Foreign Affairs of the Russian Federation, to help us to defend our rights in this the international-scale problem.

I also ask the digital community to distribute this public announcement using the social networks. Our lawyers will do their best, but right now we really need the information support in the media.

“Never be afraid to raise your voice for honesty and truth and compassion against injustice and lying and greed. If people all over the world… would do this, it would change the earth.” ― William Faulkner