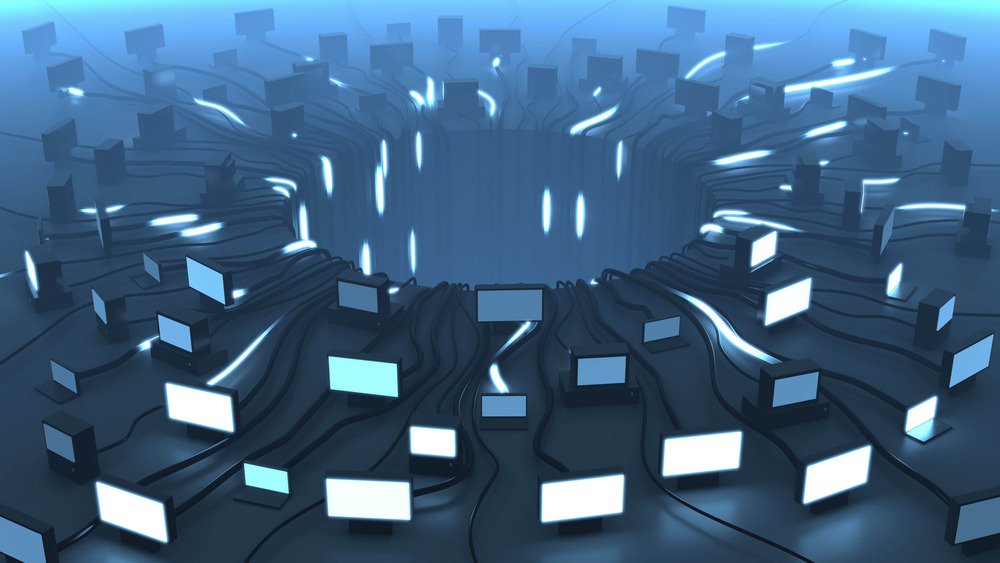 An overview of cryptocurrencies for distributed computing

Any user on the blockchain network can pay cryptographic tokens, or coins, to rent the computing resources of personal computers, or data centers, whatever their location to accomplish the workload of tasks that can range from image rendering to analyzing space signals. Those offering their computing resources to the network are rewarded with cryptocurrencies in return. Tasks that used to need days or even weeks to be accomplished can be solved in minutes.

The need for supercomputing resources has never been so demanding. To quench their thirst for advanced computing power, both individuals and corporations are turning to providers of cloud computing services. This solution has two main problems - it leaves individuals with average financial resources out of the equation, and the centralized locations used to hold the computing resources are prone to failure. The blockchain technology can mitigate both of these issues. A blockchain can leverage the processing power of computers from all parts of the world, uniting them via a decentralized network, and then distribute the workload of any task among every computer connected to the network.

Any user on the blockchain network can pay cryptographic tokens, or coins, to rent the computing resources of personal computers, or data centers, whatever their location to accomplish the workload of tasks that can range from image rendering to analyzing space signals. Those offering their computing resources to the network are rewarded with cryptocurrencies in return. Tasks that used to need days or even weeks to be accomplished can be solved in minutes.

To illustrate how the blockchain technology could disrupt the cloud computing business model, let's take a look at Siacoin, the decentralized data storing platform, and compare it to Amazon's Web Services. Siacoin will charge you only around $2.50 to store 1 terabyte of data, while Amazon's Web Services would charge you around $30 to store the same volume of data. This is almost 12 times as much. As such, with decentralized blockchain-based outsourcing of computer resources, one would pay around 10% of the price for the same services offered via centralized cloud computing service providers.

Distributed computing platforms worth a look

Ethereum's decentralized applications (dApps) have revolutionized apps via smart contract technology. Being a proof-of-work (PoW) based blockchain (even though it is shifting to a proof-of-stake consensus model), Ethereum is by far an ideal cryptocurrency for usage in distributed computing purposes. The Ethereum Virtual Machine (EVM) serves as the computational core responsible for executing all decision making processes associated with dApps and smart contracts, via utilizing the collective power of Ethereum's mining nodes.

The possibilities offered via Ethereum's blockchain have inspired many teams to develop even more advanced blockchain-based distributed computing platforms. Let's take a look at the most promising one of those currently available on the market.

Gridcoin (GRC) is a cryptocurrency that deploys a unique proof-of-research (PoR) algorithm, which incentivizes users for donating their computing power for performing scientific computations via the Berkeley Open Infrastructure for Network Computing (BOINC), a well known distributed computing platform that facilitated the decoding of space signals gathered by SETI via its radio telescopes.

Users of the Gridcoin network are rewarded with GRC once they have completed processing the computational work unit (WU) in BOINC through linking their Cross-Project ID (CPID) to their GRC wallet. The reward for completing computational work is a payment that is calculated on the basis of user's recent average credit (RAC).

Golem is a decentralized supercomputer that can be accessed by anyone, whatever their location. Golem's network is comprised of the combined processing power of users' machines, which range from personal computers to huge data centers. Golem is creating a marketplace for computer resources, which enables users (requestors) to rent out the computer resources of other users (providers).

Golem makes use of Ethereum's blockchain in order to offer users a transaction system to settle payments between providers of computing resources, requestors, and programmers. Any user can rent out the resources offered by other users and get incentivized via GNT (Golem Network Tokens) paid by requestors. GNT is an Ethereum based ERC20 token.

Golem can be utilized to compute a myriad of tasks, that range from CGI rendering to machine learning and scientific computing. All computation processes are conducted in sandbox environments that are entirely isolated from hosts' systems.

Golem is also developing Web 3.0, the next generation of the internet, which is a decentralized, self-organizing network.

SONM is a blockchain-based network for distributed fog computing. Via SONM, users can make use of computing resources of a "cloud-like" nature, such as PaaS and IaaS, all of which have a fog computing infrastructure. Users from all over the world can loan their computing resources to the SONM marketplace in exchange for SONM tokens. SONM's network is based on a fog computing stack, which renders SONM's architecture more decentralized and powerful than current cloud computing architectures. Overlay networking renders it possible to link multiple containers within a single private network.

SNM is SONM's native token. SNM is an Ethereum-based ERC20 token. SNM is the currency used on SONM's marketplace, where users are divided into two categories: customers and suppliers. Suppliers are users who offer their computational resources for use by customers in exchange for SNM tokens.

The contract between suppliers and customers is established via Ethereum's smart contracts. Customers list the tasks they wish to accomplish on SONM's fog computing cloud, and specify the payment amount in SONM tokens. These tasks will then be executed by the computational resources provided by suppliers, who get paid the defined amount of SONM tokens.

iExec is a cryptocurrency and a blockchain-based platform that is building a decentralized marketplace for cloud based computing resources. iExec is creating an novel IT infrastructure via innovating a new paradigm for cloud computing.

RLC is iExec's native cryptocurrency, which stands for "Runs on Lots of Computers". RLC is an Ethereum based ERC20 token which is the native currency for all payments on iExec's platform and marketplace. On the marketplace, users are marked into one of three categories: providers, developers, and token holders. Providers can lend their computing resources to developers and get rewarded with RLC tokens in return. Developers can rent out the computing resources of providers via iExec's marketplace to execute their computational tasks on a novel decentralized blockchain based infrastructure. Developers have to pay RLC tokens for the providers' resources they rent via the marketplace. Token holders can use their RLC tokens for payments via iExec's fast and secure payment network.

iExec has many use cases that include cryptography, scientific research, finance, 3D rendering, fog computing, and others. Moreover, the platform plans to implement support for artificial intelligence (AI) frameworks such as Caffe, Theano, and TensorFlow. iExec has already established partnerships with the Chinese Academy of Sciences, Enterprise Ethereum Alliance, Genesis Mining, and others.

SPARC, or Science Power and Research Coins, focuses on building a decentralized supercomputer for scientific research, similarly to Gridcoin. SPARC has innovated a protocol for the sending and receiving of JS and JSON based computational packages on a decentralized network using peer-to-peer blockchain-based technology. SPARC boasts a unique browser compatible platform which is developed to be accessed via a myriad of devices including computers, smartphones, and tablets.

SPARC has been developed by Kings Distributed Systems Ltd., to provide the first ever implementation of the Distributed Compute Protocol (DCP). SPARC's DCP based platform enables individuals and institutions to securely network their unused computing resources to create a distributed computing platform that can be used by anyone, anywhere in the world. Anyone can also utilize the DCP network to sell their unused computing resources to generate streams of revenue. SPARC is an Ethereum based ERC20 token, which is the native currency of the platform.

SPARC's platform includes a features that sets it apart from GridCoin, as it has different categories for the research computed via the platform including SPARC Physics, SPARC Math, and SPARC Shaders. SPARC Physics is a physics engine that can be used to formulate simulations and play physics-based video games via an internet browser. SPARC Math is a mathematical library which is developed via JS and can run via any browser. SPARC Shaders offers shaders that can be used in the calculation and rendering of floating point physics and math simulations, which rely on GPUs.

The SPARC's DCP has three main components: the host, the miner, and the board. The miner is the user who rents out their unused computing resources to hosts on the network and gets incentivized via SPARC tokens. The host is the user who pays SPARC tokens to rent out the computation resources they need for various purposes via the DCP. The board represents an API that records all data associated with the host, the miner, and the computational tasks onto the blockchain.

SPARC has just completed their pre-ICO, and their main ICO is expected to take place during the next few months. The project has many use cases planned including content delivery, web traffic, scientific research, and city infrastructure.

Ankr is developing a blockchain based framework for Distributed Cloud Computing (DCC). Even though there are already multiple distributed computing solutions, Ankr is by far the first to combine the blockchain technology with trusted hardware.

Ankr allows developers to protect their sensitive data from unauthorized access or modification via means of rogue software operating at higher privilege levels. Ankr utilizes the Proof of Useful Work (PoUW) consensus algorithm which provides a self-sustainable blockchain infrastructure. Instead of wasting energy and computing resources on hashing, like Bitcoin does, PoUW utilizes these resources towards execution of tasks provided by consumers and institutions. Ankr's protocol runs on SGX-enabled CPUs with remote attestation to promote confidentiality and security.

The innovative PoUW based protocol unlocks the massive potential of unused computing resources around the globe by providing adequate incentives through the ANKR token. Via this protocol, every contributor of computation resources gets incentivized and some will even receive extra rewards for generating the blockchain's blocks. In the near future, Ankr's mining protocol will rely on the Universal Basic Income (UBI).

ANKR is the platform's native token, which is an Ethereum based ERC20 token. The project's ICO was completed successfully last October. The platform has been also successfully integrated with BOINC, which enables the utilization of Ankr's network computation resources in the execution of tasks linked to various sectors of scientific research that benefit from BOINC.

Cloud computing is estimated to be a trillion dollar market, yet it is monopolized by some of the world's biggest technological conglomerates. Only these business giants can afford the costly human capital cost and upfront costs of servers, which has resulted in a higher margin for the average consumer. On the other hand, current cloud computing business models lack incentive strategies for individuals who are willing to rent out their unused computing resources. However, the blockchain technology is just beginning to change this picture and offer an alternative business model that can help individuals from all over the world sell their unused computing resources to those in need, who are willing to pay a convenient price for such services. It won't be long until we see huge supercomputers built with blockchain based-distributed networks that can be rented out at very inexpensive prices.