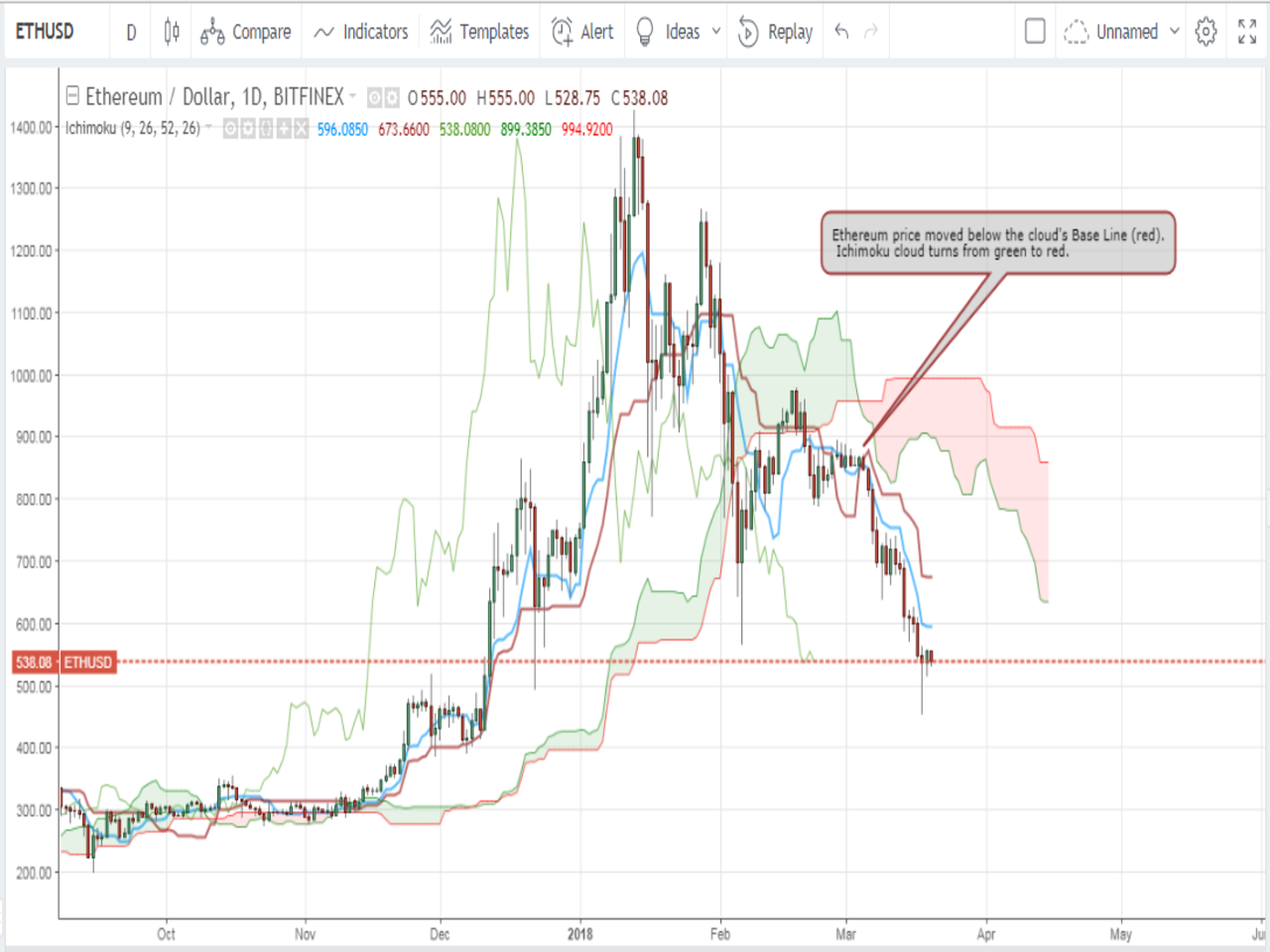 Ethereum price continued dropping during the past week, recording a week low of $455, which is a price level that hasn't been recorded since December 2017. After the week's low was recorded on Sunday, ethereum price started to recover, and the market's bulls managed to push the price upwards to a day high of $562 on the very same day. Last week, ethereum price dropped  from 719.85 down to 536.73, accounting for around 25.4% decline in value.

Can we expect to see the bearish wave reverse during the current week? Or, will ethereum price continue dropping after a brief upwards price correction attempt?

Let's examine the 4 hour ETHUSD chart from Bitfinex, while plotting the Bollinger Bands indicator, the Williams Alligator, and the MACD indicator, as shown on the below chart. We can note the following: 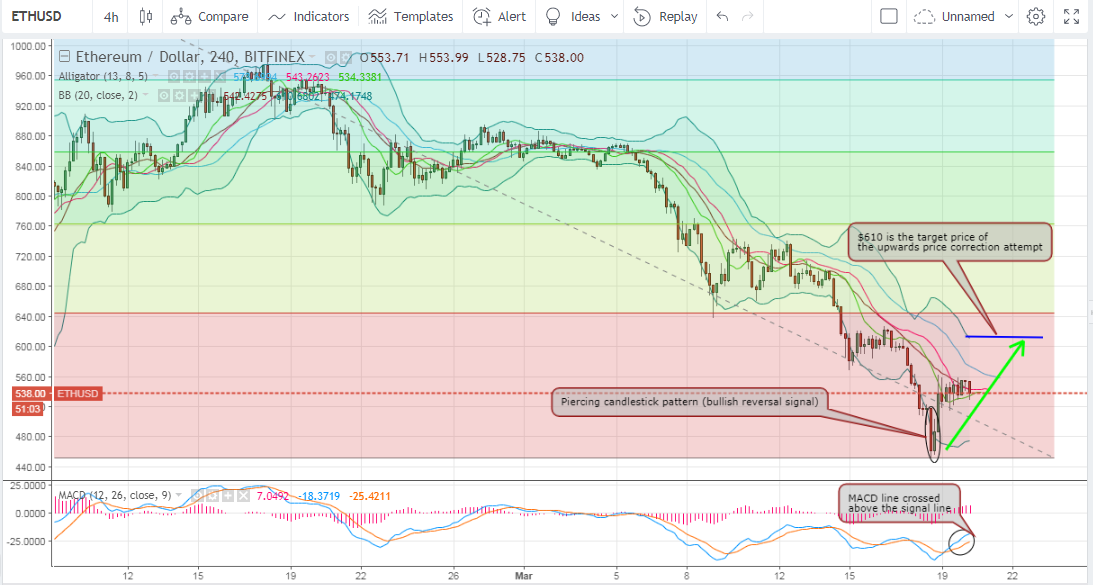 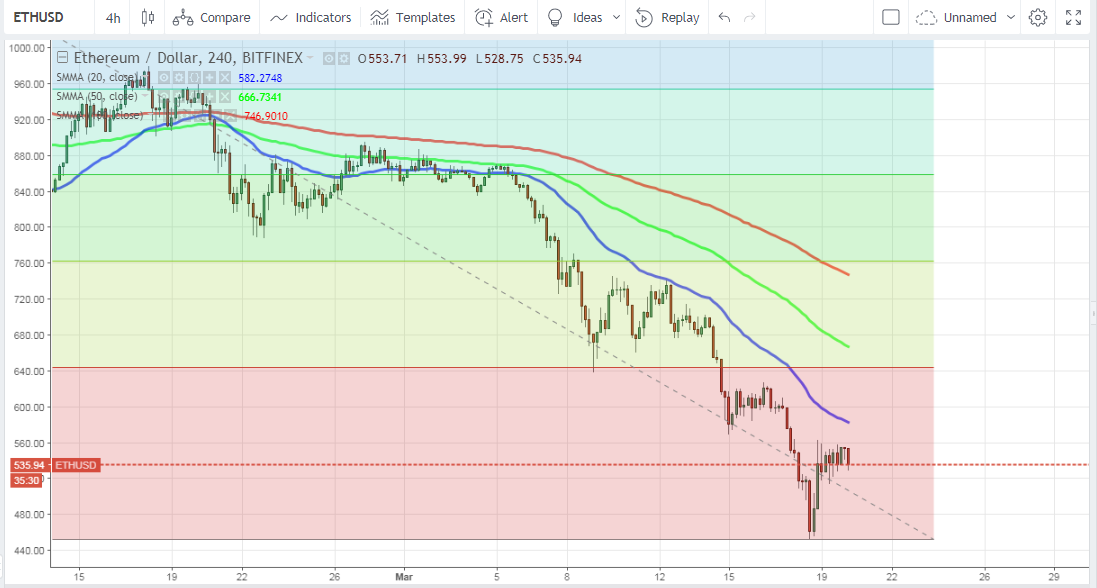 Now, let's study the 1 day ETHUSD chart from Bitfinex, while executing the Ichimoku Cloud indicator and plotting the MACD indicator as shown on the below chart. We can note the following: 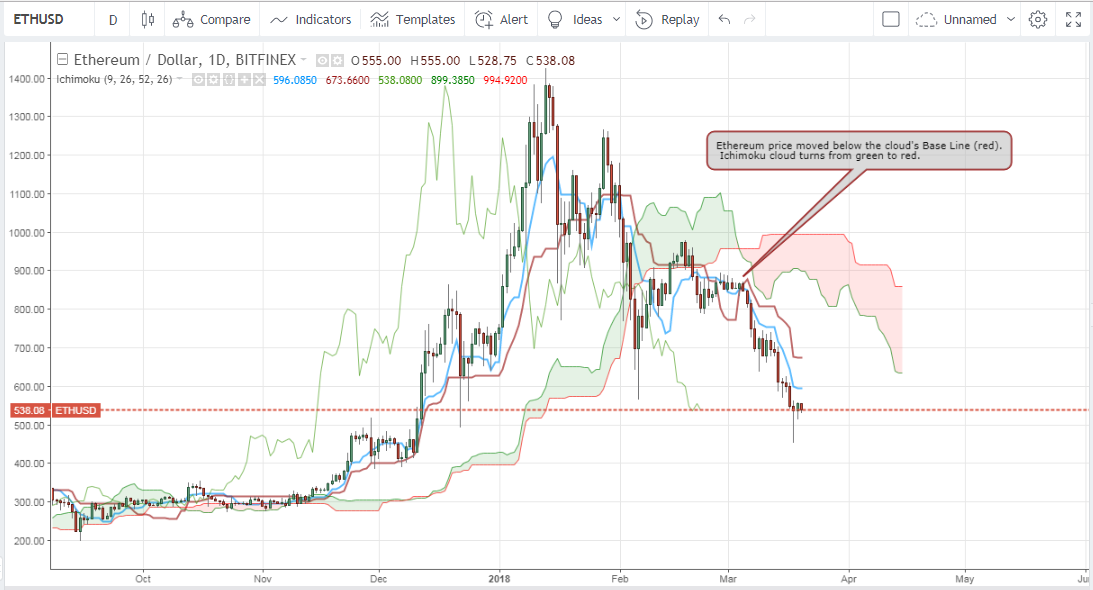