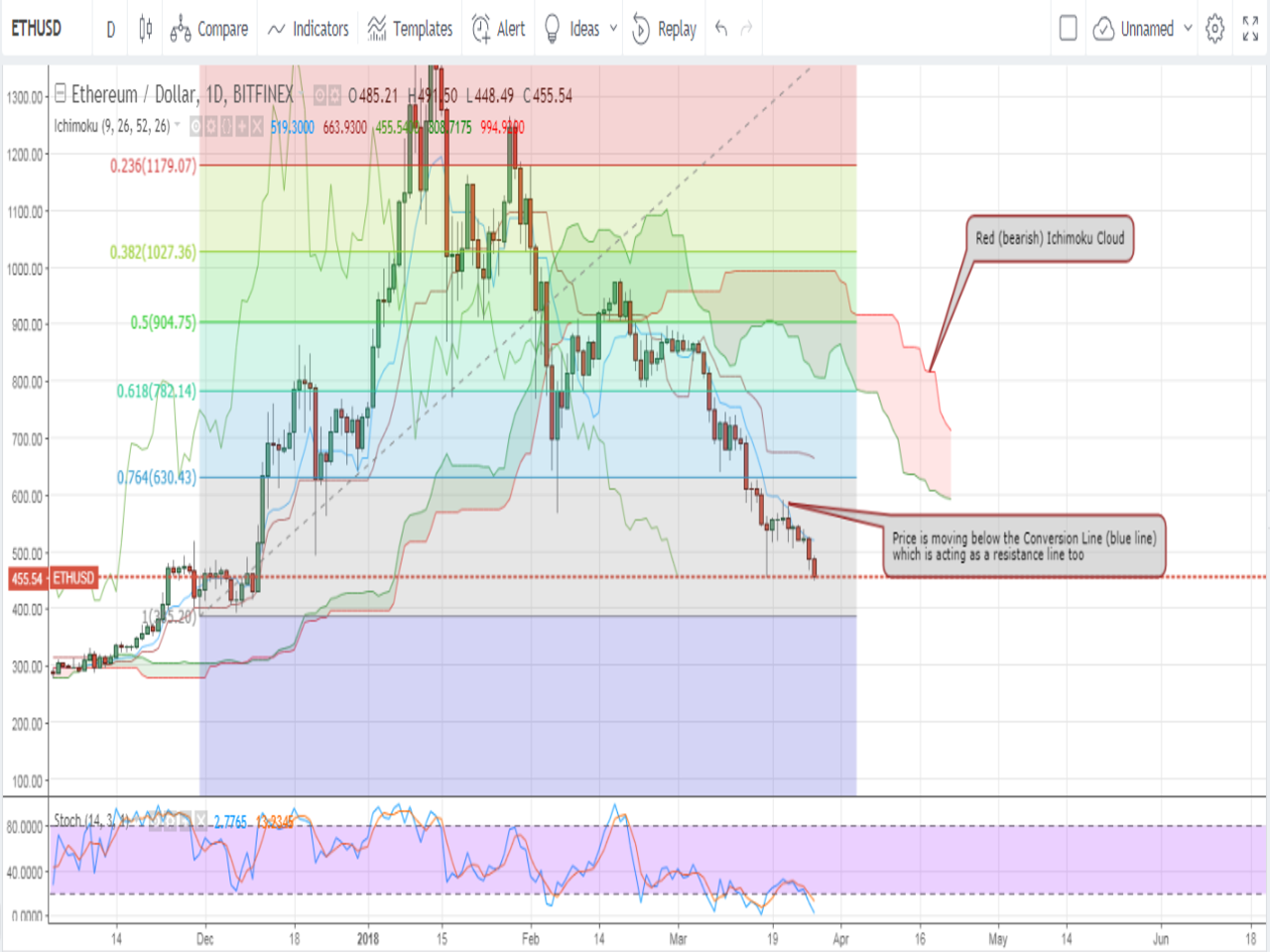 After an upwards price correction attempt that lasted for around three days, ethereum price continued dropping during last week's trading sessions. Last week's price correction attempt pushed ethereum price to a week high of $590. After the week's high was recorded, ethereum price started to drop steadily reaching $458, at the time of writing of this analysis. The market is about to test an important support level around $452, which represents the level that supported price and prevented further drop on March 18th.

How low can we expect ethereum price to reach during this week's trading sessions?

Let's examine the 4 hour ETHUSD chart from Bitfinex, while plotting the Bollinger Bands indicator, the Williams Alligator's SMAs, and the MACD indicator, as shown on the below chart. We can note the following:

Now, let's study the 1 day ETHUSD chart from Bitfinex, while plotting the Stochastic oscillator and executing the Ichimoku Cloud indicator. We will also keep the Fibonacci retracements we plotted on the 4 hour chart. We can note the following:

The Stochastic oscillator's value is currently below 20, which reflects that ethereum is more or less oversold, so an upwards price correction attempt is likely to become evident after the market bounces off the support level around $385.20