Home NewsFreelancers have taken over blockchain! Here are the best ones for hire 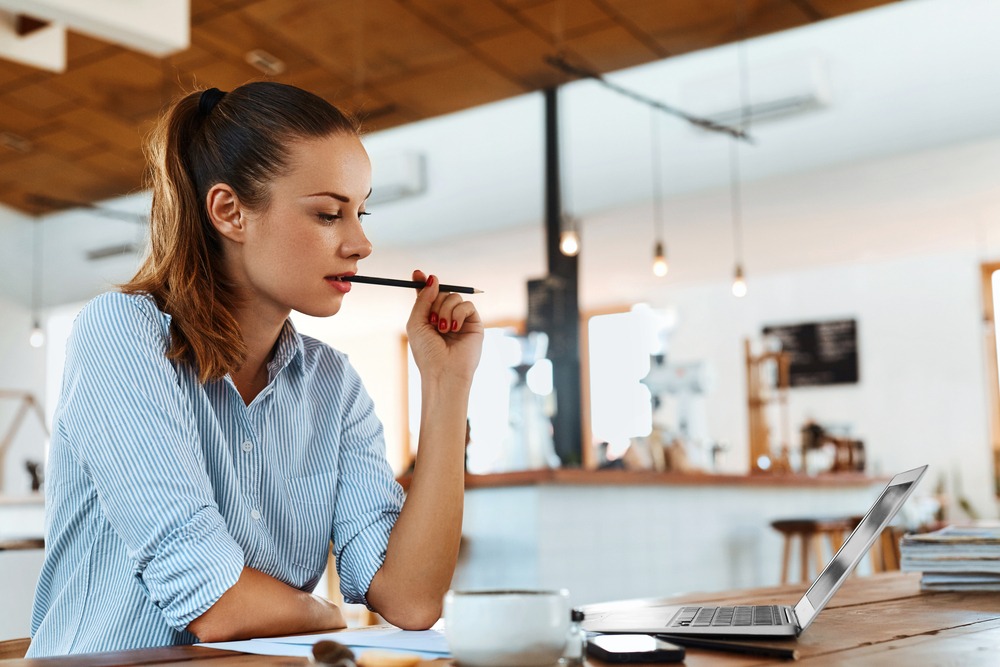 Freelancers have taken over blockchain! Here are the best ones for hire

Look to your left. Now look to your right. It’s official, freelancers have officially taken over. Where are they coming from, though? How are they being recruited, vetted, and hired so swiftly and securely? Freelancers haven’t just taken over the workforce, they’ve taken over the blockchain, which is their gateway to unlimited employment opportunities and instant payment for a job well done.

By Plamen Nedyalkov, Founder and CEO of Zoom

Look to your left. Now look to your right. It’s official, freelancers have officially taken over. Where are they coming from, though? How are they being recruited, vetted, and hired so swiftly and securely? Freelancers haven’t just taken over the workforce, they’ve taken over the blockchain, which is their gateway to unlimited employment opportunities and instant payment for a job well done. You’re probably wondering how blockchain has managed to yet again “disrupt” another industry. This time, it’s the DLT’s smart contracts and data monetization that appeals to the outsourcing sector, enabling virtual employers to hire only the best freelancers out there without the added pressure of recruiting the wrong man for the job.

Smart contracts secure payment while contributing to the gig economy, and provide accurate proof of work to virtual employers, easily facilitating these partnerships across distributed ledger technology, all while allowing the collaboration between two distant parties to sustain productivity long term. Trust is also a required asset between virtual employer and freelancer and can be hard to find when sealing the employment deal with a freelancer the old-fashioned way, over the current internet or just in good ol’ pen and paper.

When recruiting sought-after specialists for a job using blockchain, you possess the newly-minted capability of hiring only the best with optimal reassurance. Let’s break down the top freelancers you’ll find over the blockchain and just how their proof of work success is accurately determined.

Consultants are best described as the cool kids in high school that everyone wants to sit with at the lunch table. They have the best advice, a collection of anecdotal tales to share, and know how to fix any problematic situation with a simple spin on its angled axis. For this reason, freelance consultants are all the rage. For those found over the blockchain, and let’s be real - that’s practically all of them at this point - they’re working on a part-time or specified project basis.

Need a financial consultant to guide your investment needs and company budgeting? No problem. What about a human resources specialist who can answer any regulations or law-related questions at the office? You’ll find one on DLT. And of course, we all need an operations strategist who can advise on the ins and outs of startup’s employment structure and departmental needs. Blockchain, here you come. The most popular types of freelance consultants that can be hired over the blockchain are typically those who possess unique knowledge, and are “brought in to assess the business operations of an organization looking for ways to improve efficiency and cut costs. [They then bring these solutions to management].”

Developers are a big deal right now. Especially those well-versed and professionally trained in front-end, full-stack, mobile, and website building. Developers are the sole reason that any dApp, platform, or solution can run on the blockchain, whether it’s customized or Ethereum powered. Without a solid developer, a startup’s reason for existing would be, well, non-existent. They’re versed in a wide variety of coding and programming languages, and can solve any cloud-hosting problem thrown in their direction. When it comes to hiring a freelancer developer, considering doing the opposite. What I mean by that, is to hire a whole team of freelance developers. Hiring a complete team will allow the company to remain protected around the clock and across all timezones from bugs, viruses, and anything else that could disturb your solution from optimal operation. Better safe than sorry!

Hiring freelance developers on a project-by-project basis is usually more cost-effective in terms of company budgeting, unless you’re hiring one to sustain the blockchain a platform is built upon. However, you’re better off hiring one of these guys to manage and maintain your DLT long term…

Engineers are a hot commodity in the world of hi-tech. The highest in demand however, are freelance software engineers. These engineers are the ones who are capable of utilizing “open-source software that is used to develop machine learning applications such as neural networks; and computer vision development.” Artificial intelligence is at the top of its game right now and can be found as an integrated component of most modern platforms, mobile applications, desktop websites, and more.

Speaking of AI’s main competition right now… blockchain engineers are undoubtedly special because even those startups who are working with AI will still want to pair the two technologies together. Blockchain engineers keep DLT afloat, and their skills are relevant to the money-making aspect of blockchain, ICOs, which is a huge plus. According to an article in TechCrunch, in 2017 alone, “freelance talent marketplace Upwork saw blockchain rise to the fastest-growing skill out of more than 5,000 skills in terms of freelancer billings, a year-over-year increase of more than 35,000 percent. These requests span ICO advisory services, engineering projects and overall blockchain consultancy.” Can’t argue with those numbers, right?

Since we’ve covered why these freelancers the are the ones that all virtual employers are or should be after on the blockchain, let’s quickly discuss what makes the hiring process simplified and foolproof. Through the use of data monetization, Portfolio data is recorded on the blockchain, making it even easier for potential employers to scout freelancers’ profiles and verified identities. The data also displays previous work successfully executed in past projects to show the freelancer's metrics or abilities.

Smart contracts walk hand in hand with verifiable transaction histories, accurately indicating the volume of work a freelancer has experience in producing, as well as the payment agreements he or she has approved in the past. This makes it all too easy for virtual employers to gauge the price per project an employer would be paying their chosen specialist. Finally, let’s quickly discuss reward incentives; incentives, such as tokens, motivate virtual employers to leave reviews or ratings of their experiences with freelancers they work with. Acting as references, these reward incentives create a network or blockchain community that publicly supports certain freelancers who perform well.

Blockchain grants virtual employers the chance to vet and verify the perfect freelancers for a job opening or a project in need of completion. By understanding which types of freelancers - developers, consultants, and engineers - are in top demand, those looking to outsource can narrow down their search to those who are providing the greatest, most beneficial service and can use smart contracts and data storage on DLT to make sure it’s the best hire for their company or immediate project.

About the author: Plamen Nedyalkov is a Real Estate developer with more than 20 years of experience, he is a co-founder of Atlantis Bulgaria Holding and a Project Manager at Atlantis Project Ltd- Architecture and Interior Design. Zoom was inspired by the the Nedyalkov family’s construction business that oversaw the designing, planning, and building of residences, hospitals and hotels for over 20 years. After experiencing unsuccessful attempts at flexible, global outsourcing that resulted in mistrust and a lack of fair payment, Nedyalkov created Zoom with the vision to ensure payment, responsibility and teamwork.