Home NewsThe value of cryptos based on blockchain activity 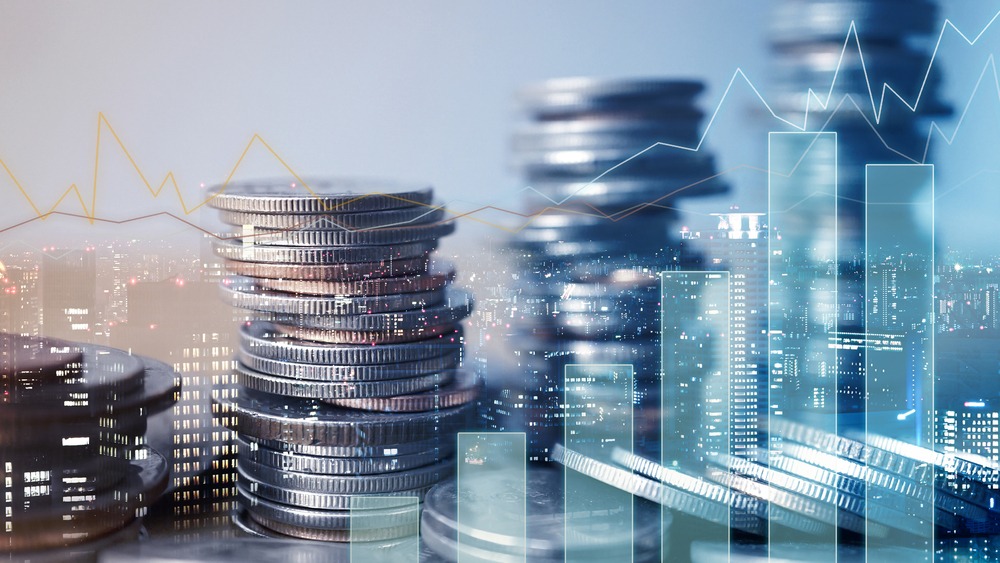 The value of cryptos based on blockchain activity

A way of measuring a cryptocurrency’s value is through its market cap. However, another way of determining its real value is by observing its blockchain activity as it shows which crypto is actually used by traders.

A way of measuring a cryptocurrency’s value is through its market cap. However, another way of determining its real value is by observing its blockchain activity as it shows which crypto is actually used by traders.

Two months ago, BitShares managed to climb up to the first position. It also held the first spot for the highest gains in a 24-hour period on CoinMarketCap.

Block’tivity recorded an activity of 4,844,559 transactions processed in a single day. This is a completely new record for the BitShares blockchain – it’s a huge number, especially when compared to other notable blockchains.

The website bases its ranks on two other indexes called AVI (Activity Valuation Index), which is established by the amount of activity on the network in regard to the market cap of the coin, and CUI (Capacity Utilization Index) that shows the blockchain's ability to handle network activity and congestion. BTS’s stats are impressive, with an AVI value of 6,045 and with a CUI of 0.40%.

Even though BitShares established an all-time-high record, it managed to do so by using only 0.13% of its entire network capacity. That amount accounts for less than 1% of the total capacity, which signifies BitShares’ capability of scaling to astonishing levels without much effort. Scalability is an issue with which most blockchains struggle, but BitShares has had this advantage for several years now.

Steem is ranked second on Block’tivity based on the number of transactions that its blockchain can process in a day. At the time of this writing, the number was 1,321,968. Before BTS became the first in terms of blockchain activity, Steem was number one.

Steem’s AVI is 1,987, and its CUI is 0.11%. Taking into consideration that Steem also has a confirmation time of just a few seconds, rather than minutes, it comes as no surprise that it was once the first blockchains in terms of activity. Steem also has NO transaction fees, meaning it is less prone to congestion, unlike various platforms that use Gas for transaction processing.

Steem is the native token employed by the popular media platform Steemit. In April, the platform had 600k registered users, a great number of which use the steem token that is generated every day.

As stated in its bluepaper, Steemit uses a delegated Proof-Of-Stake consensus algorithm, an obvious choice considering the founder Daniel Larimer’s prior PoS setup in BitShares.

Steemit’s instance of DPoS is a unique proposition, which is to be expected given Larimer’s amazing breakthroughs as a blockchain architect.

Ethereum (ETH) is ranked third according to Block’tivity. It processes a daily number of 701,894 of transactions with an AVI of 8. Although it does not feature such impressive numbers as the previous two, it is a well-established and highly used blockchain for creating dApps and issuing smart contracts. It is also where most ICO tokens are created and launched.

In recent times, its scalability and congestion issues have become more obvious, as more and more projects have been added.

Co-founder Vitalik Buterin drew attention to this in the long-term roadmap of Ethereum. Several network updates will be implemented to solve these issues, and the Byzantium hard fork is one of the most noteworthy developments. But, as Buterin noted, it might take at least two to five years to actually fix Ethereum’s scalability issue.

Considering that Ethereum has solutions for its current issues, this might lead to a performance increase that will further improve the use and value of the ETH coin.

Block’tivity ranks EOS forth on their website. It processes 643,369 transactions on a daily basis having an AVI of 53.

EOS has just recently launched its MainNet, meaning it moved all of its activities from the Ethereum blockchain onto their own proprietary blockchain. After only a few weeks encountering various issues with this process, EOS Blockchain managed to surpass Bitcoin when it came to number of transactions.

The project was created by Block.one and Dan Larimer. The platform was created to scale dApps both vertically and horizontally and, like Ethereum, it also allows other digital coins to be issued. If Ethereum’s scalability issues become even more harrowing, EOS may become the go-to platform for developers.

According to blockchain’s activity featured on the Block’tivity website, Bitcoin processes an average number of 207,972 transactions each day. It has an AVI of 1.0 and a CUI of 43.77%, which is by far the highest number when it comes to how much of its capacity is used for these transactions.

Although Bitcoin is ranked lowest in our list, it is still the best-ranked crypto in the world according to market cap ($110 billion). Its low number of transactions per day is probably mostly due to scalability issues, high transaction costs, and die-hard HODLers.

Various solutions on how to scale Bitcoin have been proposed resulting in a contentious debate. However, in spite of such problems, bitcoin is still regarded as the most valuable coin on the market, and its past performances have proved that investors and traders will not give up on it.

A blockchain's value should be determine by its usefulness alongside its network activity and its ability to scale or face congestion. Remember, if a blockchain is valuable, then its associated coin is valuable as well.