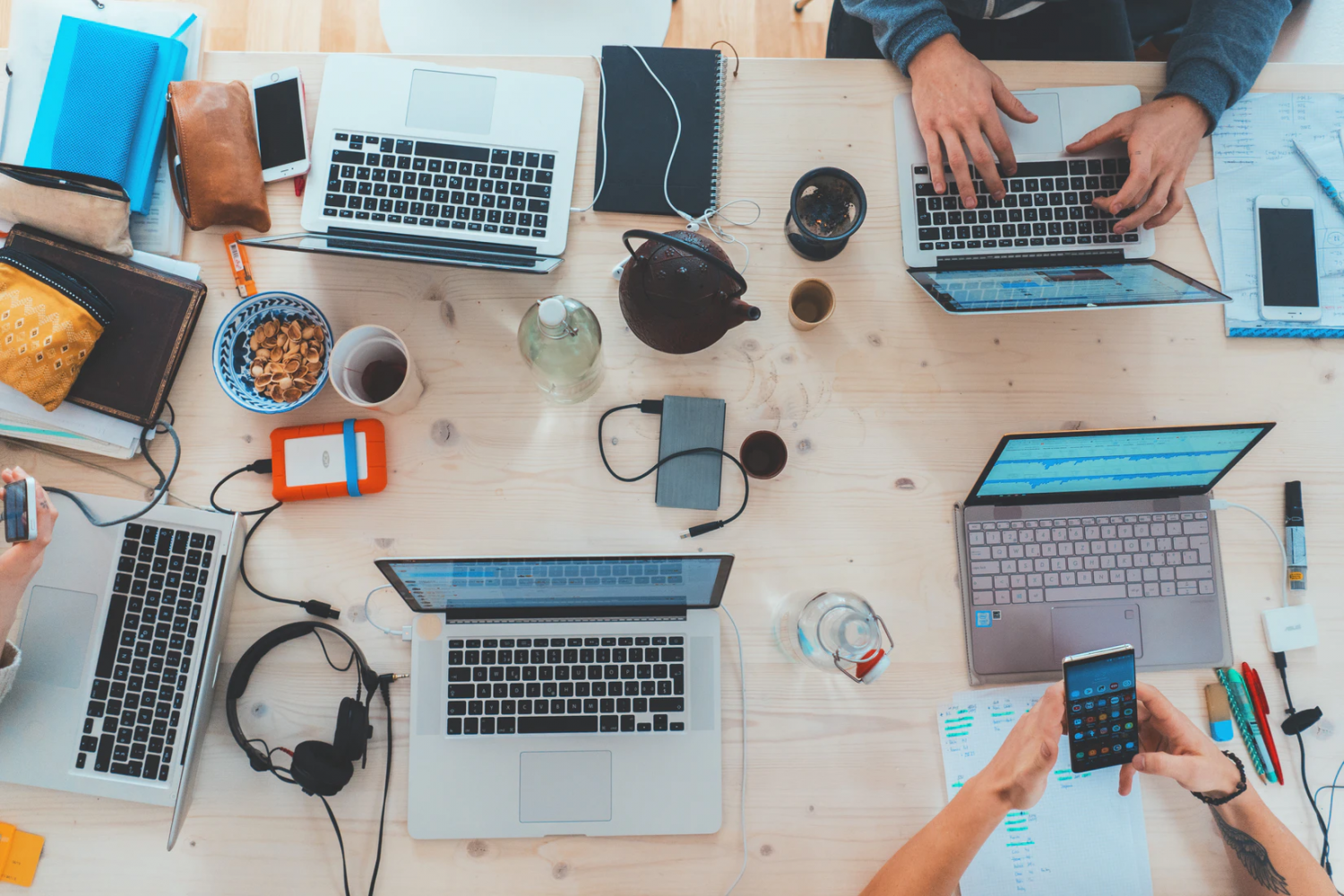 Tagion Open Forum series is initiated by Roxana Nasoi, Chief of Strategy at Tagion/i25s ApS. The series consists of live chats happening every 2 months in the Tagion Telegram Chat, with reputable guests and community members. The main purpose is to have quality conversations and understand what the pain points are, the solutions, and what can be improved in existing systems.

Tagion Open Forum series is initiated by Roxana Nasoi, Chief of Strategy at Tagion/i25s ApS. The series consists of live chats happening every 2 months in the Tagion Telegram Chat, with reputable guests and community members. The main purpose is to have quality conversations and understand what the pain points are, the solutions, and what can be improved in existing systems. The first Tagion Open Forum took place on March 27th and March 28th, lasted for 3hours each day, between 3PM and 6PM UK time. If you would like to take part in the next session (scheduled for end of May 2020), please reach out to Roxana at [email protected]

We refer to Web 3.0 as open source, intelligent, interconnected systems, a unified infrastructure that allows for proper circulation of the data flow (where data = information). The promise of Web 3.0 was to enable smart communication tools, with data protocols and encryption, and support the way we interact, communicate, work, etc. However, it also touched on decentralisation in pre-existing apps and services or newly proposed paradigms, open data protocols etc. Obviously, Bitcoin, smart contract platforms, and machine learning were three major technical components of what Web 3.0 could offer.

The whole purpose of Web 3.0 was to fix and scale the Web 2.0 infrastructure. The tech, the cloud, the stack, the data, the millions of users, the "globalised" infrastructure.

“In the old protocol it was not possible to make streaming between clients without relaying the datastream via a server. Now, this is possible via web sockets.” – Carsten Rasmussen, CTO i25s ApS.

Decentralisation and transparency looked at addressing key issues, black boxes such as privately owned data protocols, and decision making processes that were made by few to serve “the many”, with giant tech companies like Google, Amazon, Facebook, and Apple treating users as raw material, or enclosed banking protocols monopolising on customer data to make decisions on who qualifies for a loan (for example). Recommended reading on data empires: https://www.theatlantic.com/magazine/archive/2019/11/what-jeff-bezos-wants/598363/ .

Some questions from chat participants included here aspects of whether a decentralised DNS solution would build a better Web? And does the Internet have a Trust layer? Where do Trustless systems fit in?

“Creating incentives for good behaviour and not exploiting people for money […] my vision is to establish an online decentralised reputation system, that enables people to trust other people, cross-platforms, and systems pseudo-anonymously. "Trust" can be expressed as a value that takes energy to build up (effort * time). This energy goes into securing the network, just like miners spend energy to secure bitcoin.” – Carsten Keutmann, Digital Trust Protocol

“In Bitcoin’s case, the mining and the difficulty level have made the network secure. Security = Trust”. – Roxana Nasoi, CSO Tagion.

“Trustless needs to be put into context, e.g. in PoW (proof of work) it means no one needs to trust each other because it is consensus driven […] but in some way, we still need to “trust” that the majority of nodes in a network are honest and follow incentives. The main difference on network security level/trust is that PoW uses a race where all can participate in to gamify the trust. But with a voting protocol there is no race, so we need a trust and scoring mechanism around the nodes to make the security work”. – Theis Simonsen, CEO of i25s ApS.

One of the ways to scale infrastructure of Web 2.0 into Web 3.0 was to open source code and allow developers to build new applications and protocols, however scalability is not pegged to a permissionless component. Amazon’s AWS Lambda is permissioned, yet still allows devs to build scalable applications. Blockchain is intended to be permissionless, immutable, open source, and transparent, as foundation to new economic architectures, where economic incentives can ensure network health and security.

Economies of Scale refer to monetary systems, open finance, banking as a service, payment as a service, touching base on stablecoins and digital currencies. What is wrong with the traditional systems and where does open finance fit in?

“All the credit risk metric is flawed. The market absorbed "too big to fail" concepts after GFC and now there is very little (if any) difference between biggest counterparties like banks.” – Gregory Klumov, CEO Stasis.

“The current Fiat system is a tremendous advance in the history of money.” – Ido Sadeh Man, Founder Saga.

“One of the biggest issues for main adoption of crypto is the fact that we don't have an effective decentralised settlement/remittance layer” – Theis Simonsen, CEO of i25s ApS.

What Are the Solutions?

“I see the solution is in segregated accounts i.e. "central bank" accounts that are accessible to people where there is no credit risk involved” – Gregory Klumov, CEO Stasis.

“When a new scope of identity is born, a new economical scope is born with it. And the new, global economy is in desperate need for a global monetary solution - one that does not rely on a single nation state fiscal, political or monetary agenda.”– Ido Sadeh Man, Founder Saga.

In March alone, we have witnessed several withdrawal and deposits limitations (US, EU, Middle East) which remind us of the Greek debt depression back in 2015, and the financial crisis in 2008. Gregory Klumov also argues that the system of fractional reserve cannot function if credit risk is not established by the market but rather by some centralized regulator deciding who can fail and who cannot. Credit risk rising results in market reduced exposure to the counterparty, with people pulling deposits, resulting safe bankruptcy, and the cycle restarts. The only solution here would be a 100% collaterised system to use in payments where customers move in capital, not for the purpose of risking it, but to initiate a value transfer process. Examples of 100% collaterised systems include asset backed (gold, precious metals), government bonds etc. However, gold backed stablecoins may not be the best choice. More on: https://cointelegraph.com/news/why-betting-on-gold-backed-stablecoins-is-a-losing-game.

“In risk assessment systems, customer data is used in feeding an algorithm that makes decisions of whether you are entitled to a credit or not. Your own data is used against people who match your profile.” – Roxana Nasoi, CSO at i25s ApS.

What Should a Stablecoin Be Backed By?

Gregory Klumov says that “currencies like Euro make a better option, because at least 400 million people in the EU zone understand what 1 Euro can buy them, and people outside of EU zone are also familiar with the value of Euro”. Some of the main reasons why Euro-backed stablecoins could be a solution include: current account is positive; volatility of Euro to other major currencies is lower than for similar USD basket over the past 30 years; US legislation is not flexible, while EU has crypto friendly initiatives; active interest from EU Commission to increase Euro share in global payments. More about this here: https://medium.com/stasis-blog/why-a-euro-pegged-stablecoin-1826034ed81e.

Some of the counter-arguments to Euro backed stablecoins, as reflected by Patrick Lowry, CEO of Iconic, were in lines of Euro not being different to the USD: “1. Current account (Euro) is only positive almost exclusively based off Germany taking advantage of a currency depressed in value due to failing Mediterranean states. 2. Because the ECB has a dual mandate and has expanded powers even relative to the Fed to manipulate the euros value. 3. This is willingly signed into any party using USD because they want the perceived trust USD brings to debt settlement relative to any other global currency”.

Ido Sadeh Man argues that a combination of most traded currencies could work better: “We have chosen to rely on the SDR - a basket of the 5 most traded currencies - to avoid this bet altogether. Most people don’t even know the SDR exists although it is 51 years old. In times of crisis like this however, the SDR is helpful in offsetting some of the volatility. […] The contractual relations between the BIS and the central banks: the BIS is obligated to assure yield, so SDR is oriented at lowered yields and better stability.”

Ultimately, four main generations of stable coins could exist, explains Theis Simonsen, CEO of i25s ApS:
“1. USDT and other 1-1 FIAT backed coins - central broker and governance, not transparent and is depended on other systems. 2. Asset backed remittance coins: Not bound to one currency, like the Libra and many others. 3. Decentralised clearance like Dai with a kind of decentralised governance, but still bound to the value of the USD system - not independent. 4. Independent monetary system (i.e. Tagion), which has an intelligent supply of money build into the protocol, decentralised clearance and governance.”

Other ideas discussed: SDR for high transaction volumes but not for small volumes, payments as a settlement of debt, consequences of mixing different monetary policies, on/off fiat ramping is one of the things that should address the future of open finance, pandemic bonds by World Bank, financial data.

"The bond works like a regular bond: investors give the World Bank a certain amount of money and get a regular interest payment. At the end of a period of time, the bond matures, and they get their money back. In the event of a pandemic, however, that money goes to countries that need it instead." Source: https://text.npr.org/s.php?sId=821000049

“It’s a trade-off of scale. Credit markets can only achieve scale through data. Not the most human process but it ends up serving millions more.” – Patrick Lowry, CEO Iconic Holdings.
“Web 3.0 is about connectivity, ubiquity. Payments over blockchain to shortcut multiple parties collecting information is exactly the use-case.” – Gregory Klumov, CEO Stasis

Going back to Trust, “the gold collateralization is meaningless unless gold is trusted. I therefore see the gold standard as a tautology - a full collateral in an asset the relies on pure trust. The deeper questions in my eyes is whether we trust human decision-making structures or we don’t. If we don’t - it makes sense to resort to deterministic metrics such as gold or bitcoin. not because of the collateral - but because of its immutability.” – Ido Sadeh Man, Founder Saga.

“What matters when designing a monetary system is how to establish trust: “Can I easily use the instrument to settle debts for goods/services?”, “ Will the Instrument be worth the same today as it is tomorrow?”, “Can any party unilaterally fundamentally alter its perceived value by eroding trust?” – Patrick Lowry, CEO Iconic Holdings.

Technological advancements, shift in economy towards e-commerce, bringing new security risks as well, demand an update to monetary solutions as well. The McKinsey 2019 report basically outlines the borderless element, and that customers will switch to another system or solution if they receive the same perks as in the old system, and additional values such as mobility, interconnectivity etc.

This is where banking as a service and payment as a service become the strongest options compared to traditional banking, for example. We can see good ground for new open monetary systems, and envision Bitcoin serving as a settlement layer.

Special thanks to guests:

Patrick Lowry, Founder and CEO of Iconic and Head of Asset Management of Cryptology.

On Yavin, Founder and CEO at Cointelligence.