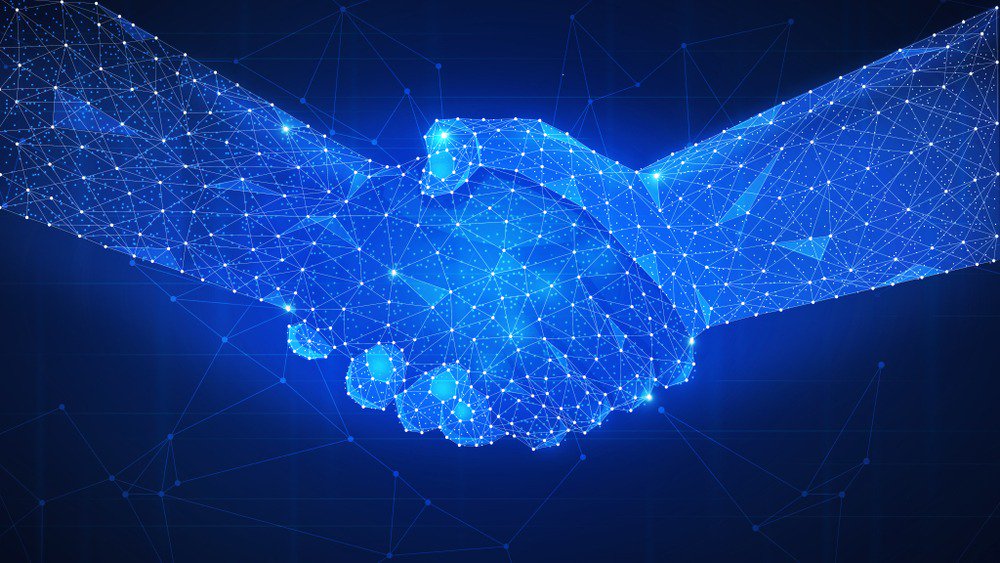 An overview of the most reliable cryptocurrency smart contract platforms

Smart contracts are means for exchanging money, shares, properties, or any form of asset in a transparent, secure, conflict-free way while omitting the need for intermediation by a middleman. Throughout this article, we will review the most widely used smart contract platforms that have proven to be efficient and reliable across various business applications.

A smart contract is a digital contract written using the If-Then conditional computer code to define an agreement between two or more parties, with certain rules and penalties, recorded onto the blockchain. Contracting parties are anonymous, yet the contract itself is broadcast onto the public ledger. A triggering event, such as hitting a strike price or reaching an expiration date, ignites execution of the contract as per the agreement terms coded within the smart contract.

Smart contracts are means for exchanging money, shares, properties, or any form of asset in a transparent, secure, conflict-free way while omitting the need for intermediation by a middleman.

Throughout this article, we will review the most widely used smart contract platforms that have proven to be efficient and reliable across various business applications. If you'd like to learn about smart contracts and how they work, we have a Cointelligence Academy class that covers them in detail.

The most popular smart contract platforms

- Act as "multi-signature" ethereum accounts, so that coins are spent only if a predetermined number of users agree

- Offer utility to other smart contracts on Ethereum's blockchain

- Manage agreements between multiple parties, such as rentals, business collaboration, and insurance

- Be coded to issue tokens such as ICO tokens used for crowd funding. There are multiple token standards used to issue tokens on Ethereum's platform including the ERC-20, ERC223, and ERC77 standards. ERC-20 is the most commonly used standard to issue to tokens for ICO purposes, despite its serious bugs that have already led to millions of dollars worth of losses in the crypto industry.

ERC-20 performs a token transaction via one of two ways:

1- transfer(): this function ignites the sending of tokens to a specific user's address.

- ERC223: This standard mitigates the ERC-20 critical bug via modifying the transfer() function so that it would throw an error in response to invalid transfers and cancel the transaction so that no funds are lost.

Ethereum is a popular choice for creating smart contracts, yet the platform's scalability issues render it unsuitable for many real-world applications. Solidity lacks coding flexibility that is provided by more recent programming languages. Solidity lacks support of multi-dimensional arrays in input parameters as well as output parameters. Moreover, Solidity only supports 16 parameters within a smart contract function.

Despite this, smart contracts based on Ethereum are used in various applications. For example, PCHAIN was the first blockchain project to create a native, multi-chain system that fully supports the Ethereum Virtual Machine (EVM) – the runtime environment for Ethereum smart contracts.

EOS is increasingly becoming one of the most popular smart contract platforms. The platform has captured the attention of the crypto community due to a myriad of reasons, namely that transactions on the platform require near zero fees, and the platform's capability to handle millions of transactions per second.

Smart contracts are programmed using C++, which boosts programming flexibility. EOS smart contracts are implemented onto the blockchain in the form of pre-compiled Web Assembly (WASM), which promotes faster execution of contracts when compared to Ethereum based smart contracts. WASM is compiled with C/C++ via means of clang and LLVM. Developers have to have knowledge of C/C++ in order to be able to code smart contracts on EOS's blockchain. Even though C can be used to create contracts, it is highly recommended to use the EOS.IO C++ API, which strengthens contract's safety and renders its code easily readable. EOS utilizes the delegated proof of stake (dPoS) consensus mechanism, which acts with partial evaluation and parallel execution to offer a smart contract platform with high levels of scalability and near zero transaction fees.

Even though EOS is much less popular than Ethereum, it has established the "airdropping" model as a competitor to Ethereum's ICO crowd funding model.

Aion is a smart contract platform that enables routing of transactions and messages between different blockchains via its innovative "bridging" protocols. Aion is a multi-tier network comprised of the following components:

Aion-1 is Aion's standalone platform that permits the execution of smart contracts created on other blockchains. Right now, Aion relies on Ethereum's EVM, yet eventually Aion-1 will be activated and enable developers to run their Ethereum based smart contracts and DApps much cheaper and faster than on the EVM.

Smart assets are unique data management apps that can be utilized to create data records, tokens, voting systems, and new coins using simple programming code. The extreme functionality of NEM's blockchain is provided via its powerful API, which permits the usage of any programming language (such as JS, Python, and others) to code smart contracts. NEM's API is used to develop "off-chain contracts", which can be updated at any time, without communicating with NEM's blockchain.

Stellar is a smart contract platform where transactions are more secure, faster, and cheaper than transactions on Ethereum's blockchain. Stellar smart contracts (SSC) are not Turing complete, and are deployed in the form of programmed agreements between multiple parties that are enforced by transactions. While it takes around 3.5 minutes for a transaction to get confirmed on Ethereum's blockchain, a transaction on Stellar's blockchain only requires around 5 seconds to be confirmed. Transaction fees are negligible, averaging around (0.0001 XLM ~=$0.0000002). SSC can be coded using any programming language such as Python, JS, PHP, Golang, and others via Stellar's API. An SSC is composed of transactions that are interconnected and executed via means of multiple constraints including multi-signatures, batching/atomicity, sequence, and time bounds. Batching permits the inclusion of multiple operations within a single transaction. Atomicity ensures that upon the submission of a series of operations to Stellar's network, all operations in a transaction would fail, if a single operation fails to get executed. Sequence is a unique concept featured on Stellar's blockchain via the "sequence number". With sequence numbers, specific transactions would fail if an alternative transaction is successfully executed. Time bounds represent limitations on the time period of validity of a transaction. Utilization of time bounds permits the representation of time periods in an SSC.

Corda's DApps, or CorDapps, are installed at the level of network nodes, rather than on the blockchain network itself. CorDapps are coded using Java or Kotlin. CorDapps are coded to run on Corda's platform. This is achieved via defining flows Corda node operators can invoke via RPC calls.

NEO is a smart contract platform that features efficient and low fee smart contracts. Smart contracts can be coded using a myriad of programming languages including C#, F#, Java, Python, VB.Net, and Kotlin. NEO offers plug-ins and compilers for all of these languages. In the future, support for JS, Go language, C, and C++ will be implemented.

Stratis utilizes the popularl .NET framework. Smart contracts are coded via the C# programming language. Smart contracts have to be executed deterministically, so they cannot utilize all the capabilities of C#, or all of .NET's core libraries. Stratis also relies on the "gas" concept, which is identical to Ethereum's gas concept.

There are other cryptocurrencies that permit the development of smart contract platforms including Quorum, Wanchain, Aeternity, Zen, Counterparty, Rootstock, RChain, Qtum, Ark, Neblio, DFINITY, BOSCoin, Agoras Tauchain, Burst, iOlite, ByteBall, XTRABYTES, PolkaDot, Radix, Exonum, Universa, Urbit, Soil, Expanse, Monax, and probably others. However, the platforms featured in this article are the most widely-used, and the ones that have proven to be reliable across various applications.