Home GuidesEverything you need to know about litecoin 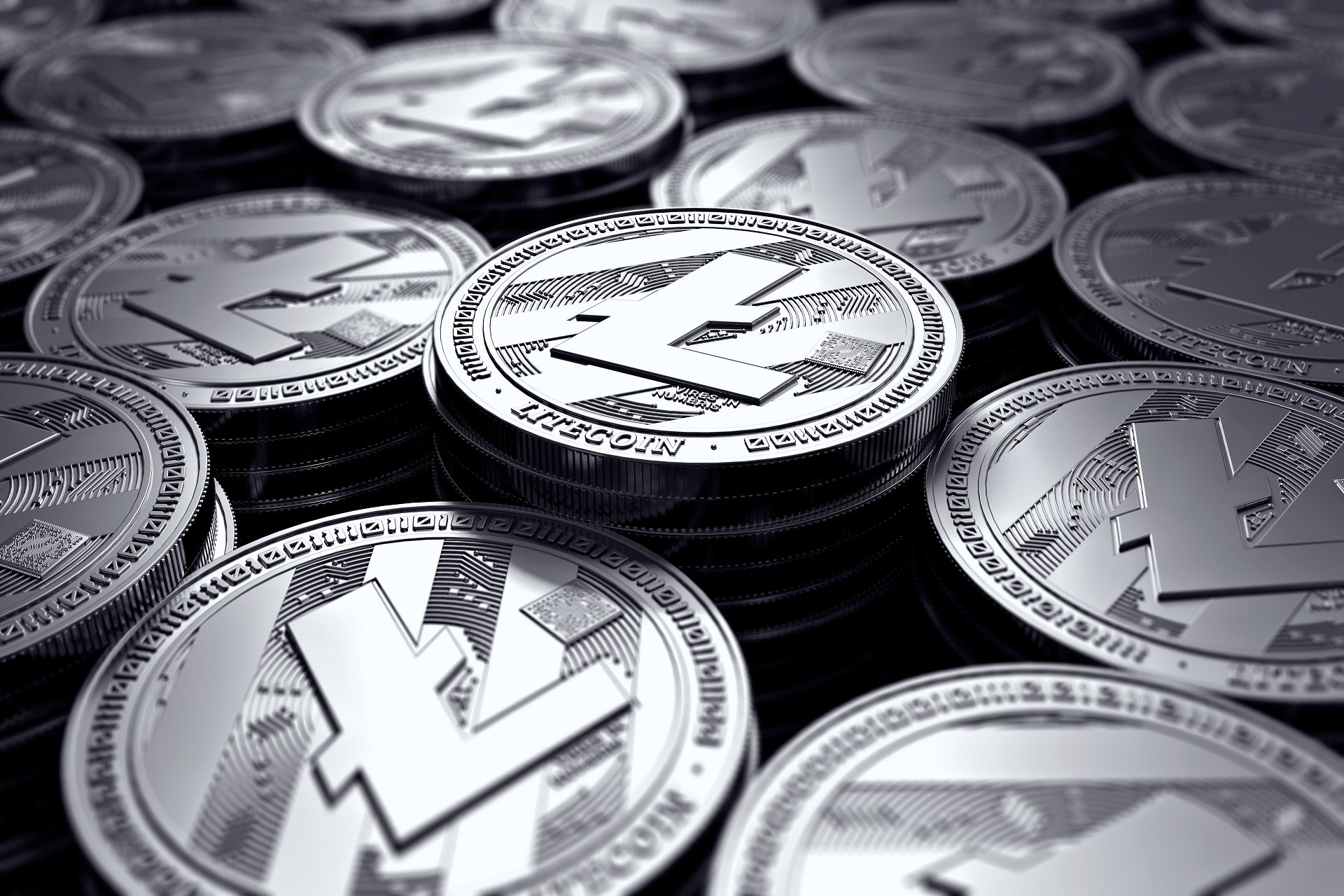 Everything you need to know about litecoin

One of the top five cryptocurrencies by market cap in December 2017, Litecoin (LTC) is well worth looking into. Litecoin is an open-source, peer-to-peer cryptocurrency that was first introduced in October 2011.

One of the top five cryptocurrencies by market cap in December 2017, Litecoin (LTC) is well worth looking into. Litecoin is an open-source, peer-to-peer cryptocurrency that was first introduced in October 2011. Created by former Google developer Charlie Lee, it’s a fork of the Bitcoin Core client. The mining of litecoin features an algorithm called Scrypt, which is generally seen as more accessible for new miners since ASICs are not required.

Litecoin was one of the first cryptocurrencies to adopt Segregated Witness (SegWit), an implemented soft fork change. This is intended to solve the blockchain size limitation problem that has reduced the transaction speed of Bitcoin. Litecoin also took part in the very first Lightning Network transaction, which is a proposed solution to the scalability problem faced by Bitcoin.

Litecoin’s use of the Lightning Network has led it to explore atomic swaps. This would allow for a decentralized exchange of cryptocurrencies without the need for third-party exchanges which charge fees. While this is still a work in progress, there have already been some successful atomic swaps.

In terms of the price of litecoin, it has seen a huge rise in 2017, much like many of the biggest cryptocurrencies. It was in December 2017 that the price of litecoin rose from $88 at the start of the month to well over $300 just two weeks later. The value of litecoin has grown significantly and, at the time of writing, its market cap is close to $20 billion.

How is it different from Bitcoin?

Often referred to as the silver to Bitcoin’s gold, Litecoin is identical to Bitcoin in many respects. While it was inspired by Bitcoin, Litecoin does have some technical differences and improvements. In particular, Litecoin aims to be faster and lighter than Bitcoin. Litecoin’s blockchain features a 2.5-minute block generation time, as compared to that of Bitcoin which is 10 minutes. The faster block time of Litecoin means quicker confirmations and transactions. Another advantage of Litecoin over Bitcoin is that it has very low fees.

When it comes to buying litecoin, you have the option of doing so with fiat currency, such as USD and EUR, on various exchanges. You can also buy and trade litecoin for other cryptocurrencies, in many cases. In particular, ShapeShift allows you to swap many different cryptocurrencies such as bitcoin, ethereum, and monero for litecoin. What’s more, no registration is required and the litecoin is sent straight to your wallet. Changelly works much the same but does require registration.

Be sure to find out if cryptocurrency is legal where you’re located before you make a litecoin trade. Cryptocurrency is something of a grey area in many countries, with little to no regulation in most cases. You’re probably keen to know where to buy litecoin! Here is a guide to help you buy and sell litecoin in specific countries and regions:

USA: One of the quickest and easiest ways to buy litecoin online in the US is via Coinbase. With it, you can pay by debit or credit card and receive litecoin almost instantly. However, the fees on Coinbase are higher than many other cryptocurrency exchanges. Alternatively, there are several exchanges with an LTC/USD pair, including GDAX, Bitfinex, and Bitstamp. Being able to trade litecoin to USD, and back, is very convenient.

Canada: While you can use exchanges, such as Coinbase, to buy litecoin online if you’re in Canada, you won’t be able to withdraw in CAD. For this reason, it’s worth taking a look at QuadrigaCX which is the best litecoin exchange in Canada. This cryptocurrency exchange has an LTC/CAD pair. One of the real advantages of this exchanges is that they accept a wide range of payment methods.

UK: While there are a few cryptocurrency exchanges with an LTC/GBP pair, they’re smaller and less established. One that does have good reviews is Bittylicious (don’t let the name put you off). Alternatively, you can always use Coinbase, which makes it easy to buy and sell litecoin . However, you’d need to send your funds elsewhere in order to convert litecoin to GBP.

Australia: The best litecoin exchange for those of you located in Australia is BTC Markets, which is an Australian cryptocurrency exchange. This is the only viable LTC/AUD option available to you at this time. Otherwise, it’s worth trying Coinbase, as verification is usually quick and easy and the exchange is known for being user-friendly.

Europe: If you’re in Europe and wondering where to buy litecoin , then the most convenient cryptocurrency exchanges for you are GDAX, Bitstamp, and Kraken. These exchanges all have the LTC/EUR pair. Kraken is particularly easy in terms of the initial account verification, but it has been very unreliable as of late. Coinbase is another popular option to consider for its ease of use.

Once you’ve purchased your litecoin , you’ll want a safe place to store it. If you’re trading litecoin on a regular basis, you’ll want to keep some on your cryptocurrency exchange of choice. However, it’s worth knowing that this is not the safest place for storing your litecoin . Exchanges can be hacked, suffer downtime, or shut down completely. While such events are unlikely, it’s better to be safe than sorry. At the very least, ensure that you have a secure password and that you use the other security measures available to you such as Two-factor Authentication.

A litecoin wallet is typically safer than a cryptocurrency exchange. There are several types of wallets available, including mobile and desktop wallets. We’ll take you through each of these, recommending the very best litecoin wallets for each category.

Thanks to its fast transaction speeds and low fees, the litecoin currency is a much more practical cryptocurrency than bitcoin, when it comes to everyday spending. Cryptocurrency is still in its very early stages, but adoption is growing at a rapid rate. As of December 2017, here are a few of the businesses that accept litecoin as payment: 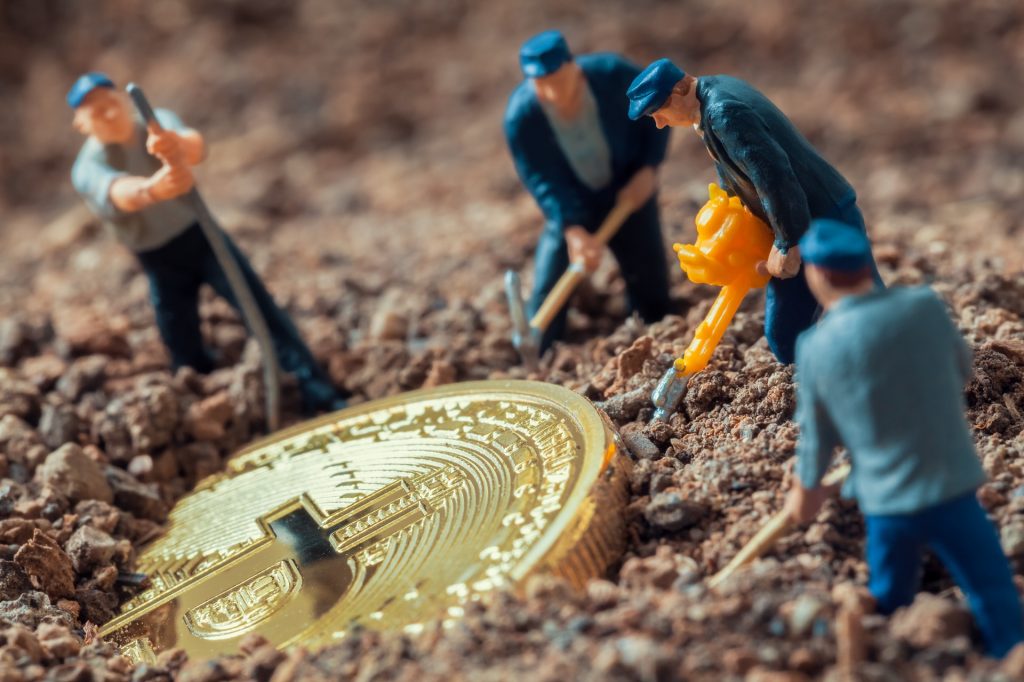 Litecoin mining involves specialized computers which are used to solve mathematical puzzles. If a miner is successful in doing this, they are then rewarded with new litecoin. This is how the currency is created. Those who mine litecoin also help to secure the network by verifying transactions. Litecoin uses a different proof-of-work algorithm than Bitcoin, which means ASICs (powerful computers specifically designed for mining) are few and far between and very expensive.

Unlike bitcoin, you can mine litecoin with a graphics card. Mining for litecoin is a costly process, in terms of time and energy. What’s more, the mining algorithms become increasingly difficult over time, in order to ensure a more steady distribution of the litecoin currency. Many miners join mining pools which allow you to pool your processing power with other miners in order to mine blocks at a more rapid rate. The downside of this is that you have to share the reward. However, going solo means there’s no guarantee you’ll be rewarded. A mining pool is seen as a safer bet.

How to set up

It’s a good idea considering the cost of litecoin mining. There’s not only the cost of equipment to consider, but also the electricity consumed. That’s why so many mining pools are located in China where electricity is cheaper. Take a look online and you’ll find there are plenty of mining profitability calculators. There you can input the cost of your equipment, hash rate, power consumption, and the current price of litecoin. The calculator will help you work out how long it will take to break even and eventually profit.

It’s now possible to accept litecoin for payments in your physical or online store. In fact, you can accept a wide range of cryptocurrencies, including bitcoin. It’s certainly worth weighing the benefits of accepting litecoin versus bitcoin, as well as whether you want to accept one or the other, or even both!

How to accept litecoin payments

Litecoin is particularly ideal for payments, thanks to the fast transactions and low fees involved. If you’re a developer, you can accept litecoin payments by integrating litecoin into your website or application.

If you’re a merchant, litecoin can be integrated into your website through an e-commerce service for merchants, such as CoinGate, GoCoin, or CoinPayments.

There are multiple e-commerce services for merchants that allow you to accept litecoin payments for your online store. Let’s take a look at the most popular: