Home NewsAre We There Yet? 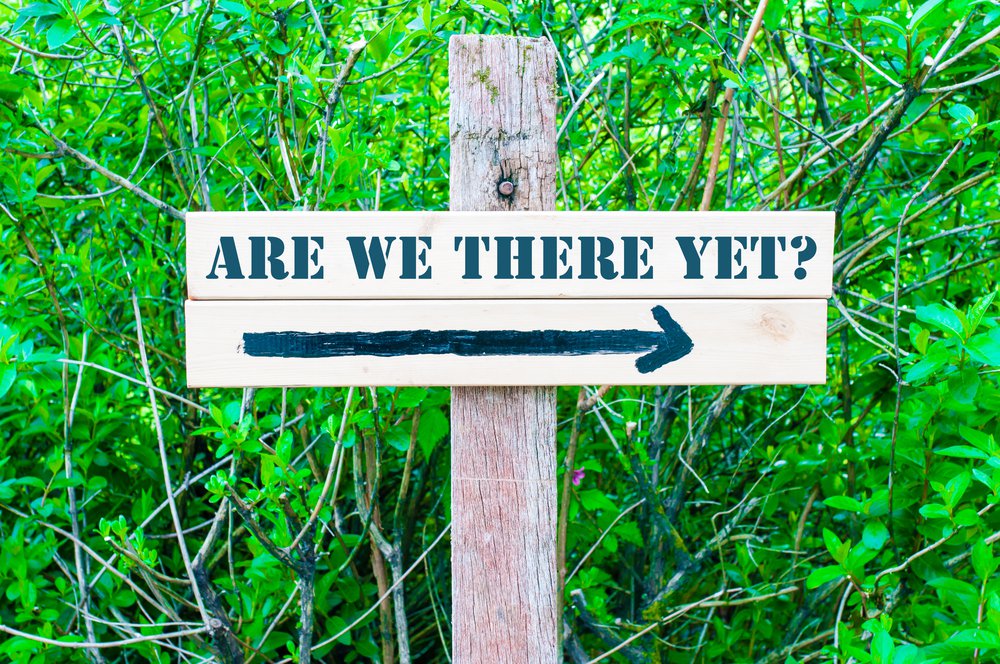 Are We There Yet?

The June 2018 Report by Price Waterhouse Coopers and Crypto Valley in Switzerland declared that ICOs were 'emerging as a workable, alternative form of crowdfunding’, concluding that the volume of funds raised was already double that of 2017.

How things have changed with the traditional ICO under attack by the SEC, as well as their own investors, with a number of Telegram community groups mobilised and angry with the token they thought would ‘moon' that instead crashed to earth.

Where do we go from here?

Now, it’s time to put up or shut up. A working product, whether in Alpha, Beta or Proof of Concept is going to be the minimum standard. That, or a real, legally binding share in the venture. The 2019 investor is going to want something tangible to put their trust in, like it has always been everywhere else.

For those that know me, I’ve been predicting the Coinapocalypse for some time. When 2000 coins plus were listed on Coinmarketcap fueled mostly by ERC-20 and Masternode ventures, this sadly became inevitable.

When you look closely at some projects, you find yourself staring directly at thin air. No whitepaper/business plan, sketchy teams, vague or impossible objectives. The sector has been littered with pump and dump schemes that were lucrative for those in the know, but left naive bag holders kicking and screaming. That is the worst possible way to entice new investment, as you can only fool people so many times.

The value of cryptocurrency as a whole started to fall when the last bull run ended in January 2018. Some chose to ignore this hoping that the market would magically pick up, fueled by the ICO craze. But why would it when there was nothing new on the table? In early November most 2017/18 ICOs were 80-90% down on their general sale price and their volumes are terrible in relation to the capital raised. Some of these projects have recovered a little since, but generally the picture remains brutal.

To be fair there are a number of real world projects out there, and those are the ones that I have sought out to work with as partners. As the Co-CEO of a company that has a working product -- a peer-to-peer decentralised marketplace in Open Beta -- identifying like-minded organisations playing the long game is the only viable option.

One of these projects is Worldmobile (‪worldmobile.io), who we are currently developing joint telecoms solutions with. This will start by bringing free voice calls to both our wallet and decentralised marketplace, and then offer SIM cards and virtual international calling at a fraction of current rates, using blockchain to dynamically switch between the best possible offers, cutting out the middle men.

I have been using their service out in the real world with my own MIFI device. This has proved to be extremely reliable in Greece, Italy, France, Finland, and the UK, and has meant that I’m not at the mercy of insecure local WIFI, or paying over-the-odds for a local SIM.

For too long the average user has been ripped off by telecoms companies who use confusion, complication, and subterfuge to keep costs artificially high. This is also a harmful barrier to entry for small businesses and start-ups, for whom every penny can mean the difference between success and failure.

This is also a service my neighbour can use and understand, which is how mass adoption is successfully targeted. People don’t need to understand the tech, they only need to see that it makes their lives better.

Revolut, of whom I’m a customer, understand this concept fully. Their service is one I jumped on at the very start because it brought simplification. I am constantly travelling, constantly under pressure to book this or that in varying currencies, but now I no longer need to worry about daylight robbery at exchange desks. Now, instead I'm using my phone to get the best possible rates while sat in my seat waiting for the cabin door to close, or if I’m really pushed for time, after the plane has landed and is taxiing to its gate.

This is a great example to others in the Blockchain space. Stop looking inwardly by offering functionality that the average person will never need or use and start thinking about what could make your own existence better in your daily lives.

The winter in these markets will pass, and investment will return en masse. I also believe there will still be room for pure utility token ICOs, because otherwise we’ll just be left with regulation and federalisation. We must fight to ensure that this remains the most innovative and exciting space in the tech world, by accepting that the Wild West days are over and respecting the opportunity much more than we have been to this point.

STOs can be expensive and complicated, meaning that bringing a brilliant concept to market now forces you to team up with someone with deep pockets. Sound familiar? It should. In most cases, this is simply rearranging the chairs of traditional VC funding.

It’s time for full disclosure: I am also an advisor to an STO. Does this make me a hypocrite? That’s open to debate, but my take is that it underlines how selective I am. Xmod's NetVRk project is the only one I've said yes to because I have a personal interest in moving image content, and how the development of its consumption can be monetized. I've turned down many other offers because they're selling something I can’t connect to.

About the author: Anthony Alleyne is Co-CEO of Phore Blockchain (phore.io) and was a speaker at Decentralized 2018. He is also an Cryptocurrency Advisor to Xmod, an STO Token Offering in the Virtual Reality Space.