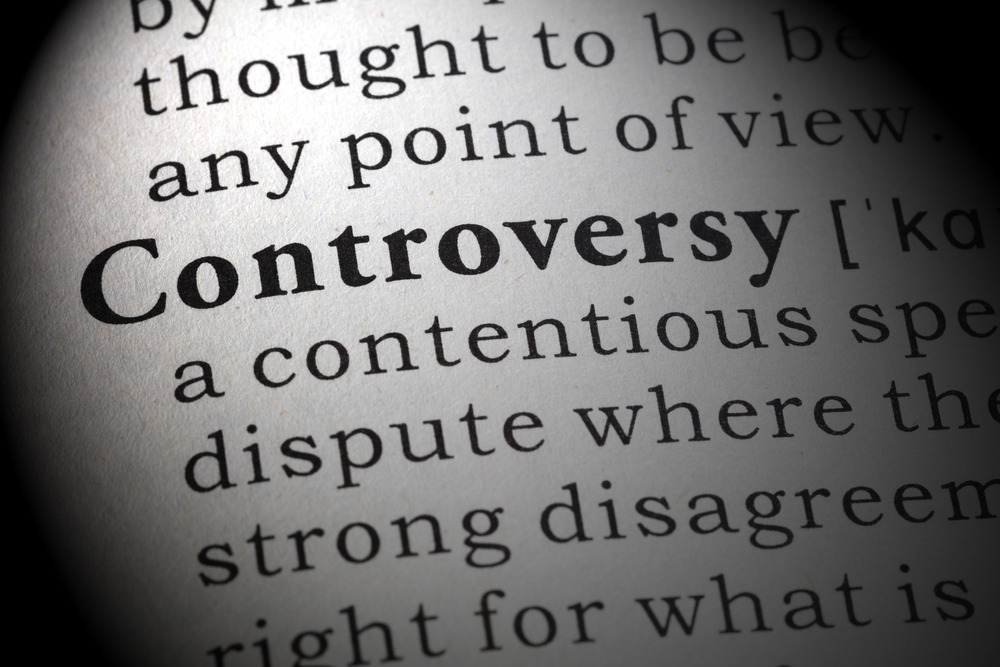 One recent example of a customer seeking justice by trying to expose an exchange that allegedly wronged him is the case of Bitcointalk user ni23457. He states that the ChangeNOW exchange has been withholding his funds for months now, without a valid reason. After scouring the internet for information about the platform and its leaders, the user pointed out to its connection to other crypto businesses.

With the advent of bitcoin and cryptocurrency, many related technological innovations have come along, and they have redefined the way we transact and view assets. However, the advantages and enhancements of this new digital revolution did not come without any downsides. There are many industries which cryptos rely on, such as wallets, exchanges, and trading platforms, and the crypto market surge in prices from 2017 has prompted many scammers to take advantage of the community’s growing interest.

Because of this, the internet is full of fake exchanges, Ponzi schemes, hacks, frauds and so forth, in which traders and investors have lost their digital funds.

It is not uncommon to find users expressing their frustration and demanding retribution on various online forums and threads.

One recent example of a customer seeking justice by trying to expose an exchange that allegedly wronged him is the case of Bitcointalk user ni23457. He states that the ChangeNOW exchange has been withholding his funds for months now, without a valid reason. After scouring the internet for information about the platform and its leaders, the user pointed out to its connection to other crypto businesses.

Before we delve any deeper into this case, we shall first present some information about ChangeNOW and Changelly, for those of you that do not know about the exchanges and their business.

ChangeNOW is a cryptocurrency exchange that claims to lets its customers anonymously trade an unlimited amount of digital assets. The company appears to be a regulated Belize-based company and operates according to the country’s regulations that concern crypto operations.

Changelly is an exchange that supports crypto-to crypto trading which was established in 2013. It claims that it is based in Prague, in the Czech Republic and that the team that created the initial startup was the one that was involved in creating MinerGate, a bitcoin mining pool. A year later they allegedly developed a separate unit to lead the exchange service with Konstantin Gladych as CEO.

The exchange has a slew of negative reviews from customers on various review sites and forums. Many will counter that the high transaction fee of 0.5% is the reason why most users are unsatisfied, but there are many instances in which funds have been withheld upon withdrawal and instances in which a substantial exchange rate was subtracted from the funds traded

Such controversies regarding the withholding of funds have not been without precedent, as in July and September, the platform froze monero withdrawals. The COO, Ilya Bere, claimed at the time that the funds were in too large amounts and suspected they were of illicit origin.

The start of 2018 saw many users waging a war against Changelly, as many of the alleged victims mentioned that the platform has been making money through fraudulent activities and was stealing funds from its users. The controversy was furthered with Changelly launching a mandatory KYC (Know Your Client) procedure for its members. As expected, the customers did not respond very well to this new implementation.

ni23457 was a customer of Changelly and had a whitelisted account. He said that hundreds of bitcoins were exchanged in recent months without requiring any KYC. The fact that he had a 5-year old wallet that was untouched also didn’t make him a suspicious user. He wanted to exchange 100 BCH into bitcoin on the ChangeNOW exchange (confusing it with Changelly), which is a rather large sum.

Apparently, ChangeNOW had also implemented a KYC procedure and, similar to Changelly, decided to hold its customer's funds for not complying with the verification process.

So, when the new KYC procedure required him to send pictures and screenshots of himself to prove his identity, the user did not comply as he believed that an anonymous website would accept any picture, as they would not have serious verification procedures; the user also felt he would be putting his identity at risk.

As a result, he sent two JPG files from Google. ChangeNOW then blocked the funds and reported the user, putting him under investigation for “committing document forgery”.

It is slightly exaggerated to accuse someone of document forgery, which is a serious offense punishable by law, considering the pictures were downloaded from Google. Of course, the user should not have sent the JPGs, as it made matters worse for him and didn’t help his credibility.

The problem here is not the KYC procedure itself, but the other shady details that surrounded the platform.

The ChangeNOW site previously advertised itself as being an “anonymous and limitless” cryptocurrency exchange, which would mean that the site would not require users to supply their personal information and that they can exchange whatever amounts they want. Their KYC procedure contravenes these two features. They have in the meantime switched it to “non-custodial limitless cryptocurrency trading platform” - and yet, how can it be “non-custodial” and “limitless” if they can flag and block funds?

On the other hand, exchanges are now required to implement KYC and AML procedures to prevent money laundering and fraud that can be carried out through the conversion of digital funds.

This generates a dilemma. On one side, exchanges have to ensure that their platforms aren’t being used for unlawful actions, money laundering, terrorist financing, and the like. On the other side, there are users that want to retain their privacy while transacting.

ni23457 stated in a communication with an undisclosed third party…

I'm sure the whole KYC thing is designed by them only for the fact that ~10% of customers will never send the documents to them and the money will left with them. Where do they spend the money of people who have not passed KYC?...

I found many topic about such accusations. Someone even created a site

And always the same: fear of stolen money, Europol etc... but who are they to appropriate someone's money?..

But unfortunately, all this is difficult to prove...

ni23457 stated in a communication with an disclosed third party...

Perhaps you remember me in connection with the ChangeNOW's theft of 100 BCH.

But forget about my 100 BCH and ChangeNOW

IT'S NOT AN EVIDENCE FROM UNTRUSTED SOURCE. IT'S JUST LINKS TO THEIR PUBLIC PROFILES. SO DRAW CONCLUSIONS YOURSELF

This is a joint photo with Changpeng Zhao, CEO of Binance

Does he know that these people have never worked in the Czech Republic, but are in St. Petersburg.

They bought offshore companies and tell the whole world that they are from the Czech or from Malta. But every idiot can buy it completely anonymously for a few thousands dollars.

You see that they write in my topic, but do not comment on the accusation that they use fake names and fake location

After some private investigations, ni23457 found that Roman Lapin and Sergey Sokratilin are the heads of ChangeNOW.io, both being of provenience from St. Petersburg as it is their business’ main office.

The social media accounts of famous people in the Changelly team, such as its current CEO, Head of Marketing, Head of Business Development, as well as their founder and former CEO, were found to have different names, although they were slightly modified versions of their real names. He then went on to connect the two businesses with other companies, namely Atomic Wallet and Guarda Wallet.

The location of most of these people is St. Petersburg, which is in Russia. This would imply that the company is based in a country which does not recognize cryptocurrency exchanges as legal banking entities. Bitcoin market sites are blocked, and in court decisions, it is stated that digital assets are currency surrogates that are outlawed on the territory of the Russian Federation.

Below are links to the alleged social media accounts:

More can be found on Bitcointalk.

Legal status of cryptos in Russia

The legal status of cryptos in Russia is that they are ambiguous and fluctuating, making it difficult to keep a business that operates with virtual asset trading. The Czech Republic, however, legally recognizes firms who buy, sell, manage, or mediate cryptocurrencies, but they must comply to anti-money laundering laws.

Some time ago, Changelly announced that it was relocating its headquarters to Malta and changing its CEO.

“One of the first steps is to get Changelly incorporated in Malta. Nowadays, it is the hub of the cryptocurrency world and one of the most crypto-friendly countries. Malta also incorporates a lot of crypto business including one of our largest partners, a prominent crypto exchange — Binance. We are seeking full compliance with the local legal framework which seems to be more favorable for pursuing our agenda. In this regard, Malta is the best area for us to operate from and grow our partnerships worldwide.”, said Ilya Bere, the newly-appointed CEO, regarding the move.

Was this sudden shift because of Russia’s fluctuating laws or to bypass having to implement the KYC/AML procedures imposed by the Czech law? No one will know for sure, but many suspect that the growing amount of customer complaints and accusations might have had something to do with these changes.

As far as we know Binance failed to respond to a letter that was sent by ni23457. He then requested that an undisclosed third party send the following letter to Binance. The third party did, but Binance never responded:

There are many articles about partnership between Binance and Changelly in Internet.

Could you comment on the fact that Changpeng Zhao is standing with a person who uses a fake name?

His name is not Gladych but Gladyshev:

And new CEO of Changelly is not Bere but Berezovsky

And these people have never worked in Prague. All of them are in St. Petersburg

We hope that you clarify this situation as soon as possible.

Importance of due diligence

The user should have done thorough research before going through with the transaction, as exchanges regularly change their policies and terms to conform with country regulations (most of which are still under development), and shouldn’t have exchanged such a large amount, as this immediately prompts most exchanges to halt the transaction.

Suspending transactions is not an uncommon practice in the financial industry.

Cointelligence reached out to Changelly for commentary. Sasha Kolesova, Director of PR at Changelly, was kind enough to respond. She highlighted the following points:

There are still many aspects of this case that must be exposed in order to figure out who was at fault. ni23457’s relentless pursuit and posts on Bitcointalk have generated quite a storm surrounding ChangeNOW.

But his efforts may have paid off, as ChangeNow returned his funds after three months of being withheld “and 2.5 months of absolute ignore for all my emails”, stated ni23457. Whether the exchange gave back the funds to the user because it completed its investigations (albeit three months is quite a long time) or because it feared the consequences of this storm being created by ni23457 online are still up for debate.