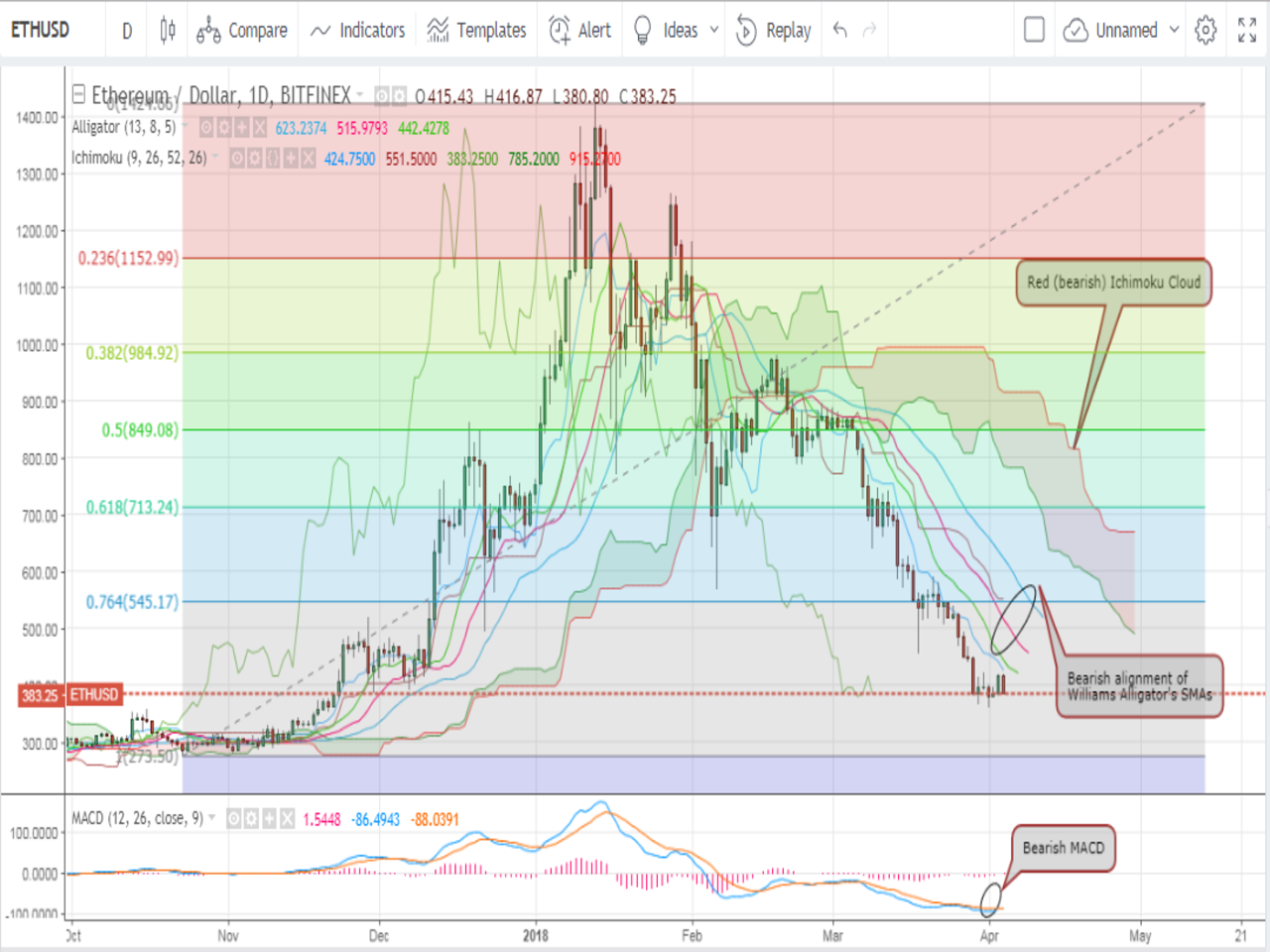 Ethereum price continued plummeting during last week's trading sessions, falling from $515 to around $383 at the beginning of the current week. Ethereum lost around %25.6 of its market capital during the past week. Ethereum's market is being affected by a major bearish wave that has been also affecting other major cryptocurrencies namely bitcoin, bitcoin cash and ripple. Technically, there are no signs of recovery soon on the ETHUSD charts.

How low can we expect ethereum price to go during the current week?

Testing an important support level on the 4 hour ETHUSD chart:

Let's examine the 4 hour ETHUSD chart from Bitfinex, while plotting the 20 period SMA (blue curve), the 50 period SMA (green curve), and the 100 period SMA (red curve) as shown on the below chart. We can note the following: 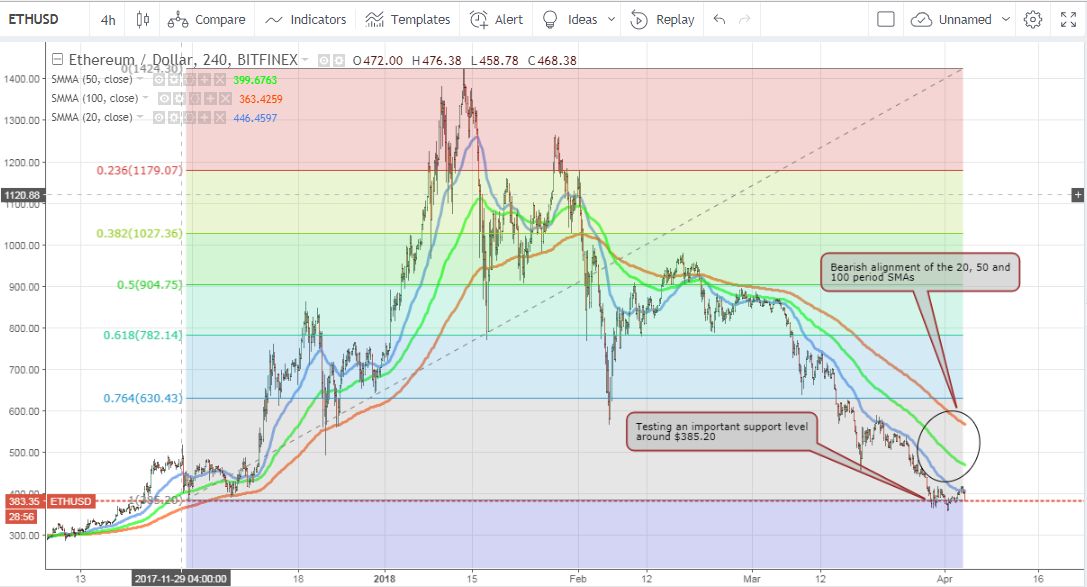 We will examine the 1 day ETHUSD chart, while executing the Ichimoku Cloud, the Williams Alligator indicator, and the MACD indicator as shown on the below chart. We can note the following: 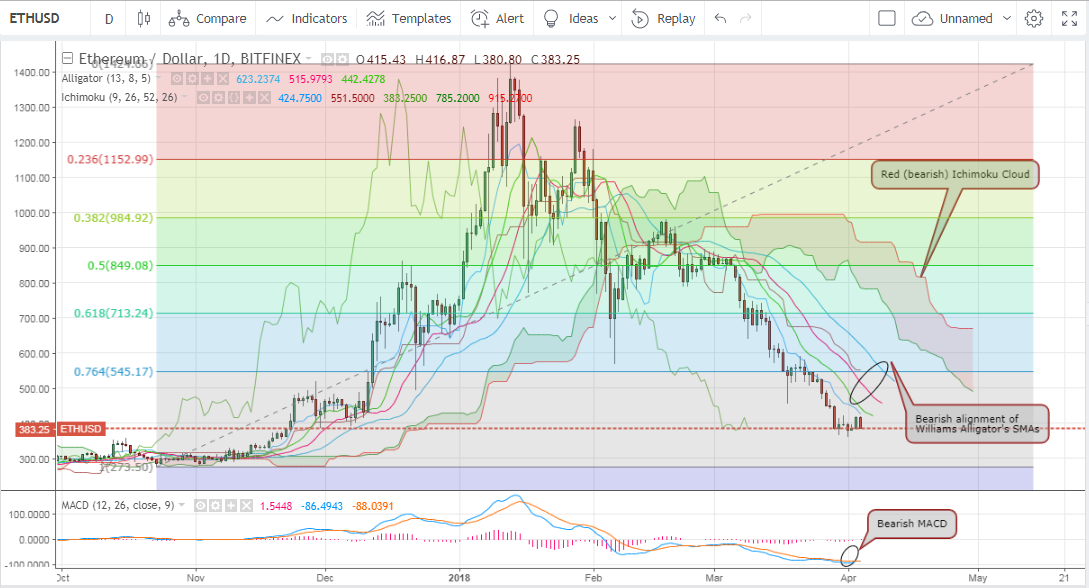