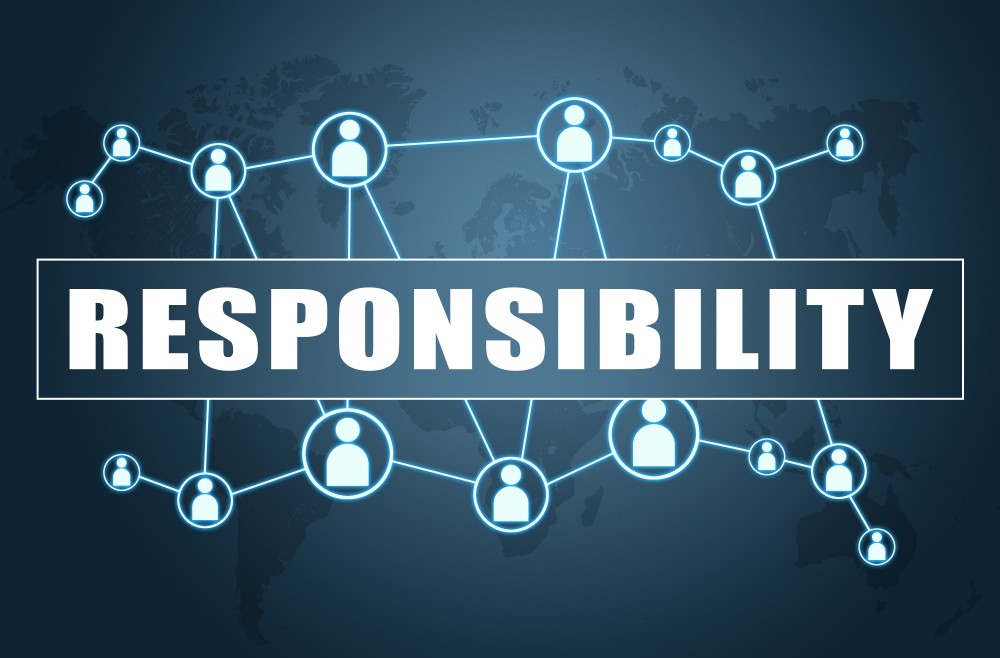 Due diligence isn't just in the hands of would-be ICO investors. It falls on all of us. Journalists. ICO raters. Crypto experts. Bloggers. We all have a responsibility to research what we're talking about, to dig deeper when something doesn't seem to be right, and to call-out the lies, scams, and corruption that we see.

I was on Twitter recently when this thread by Udi Wertheimer caught my eye: 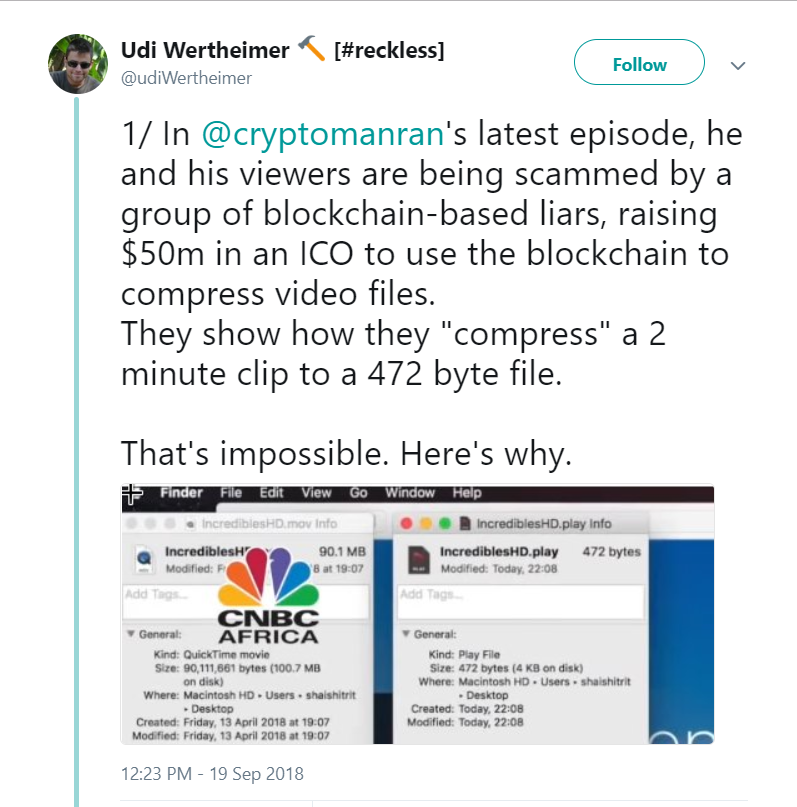 It's worth reading the entire thread, where Udi spells out exactly why you can't compress a video down to 472 bytes. Of course, a lot of you can probably figure it out on your own, but it's still a good read for all the entertaining replies.

If this was just some thread on Reddit where someone claimed to be able to compress the trailer for The Incredibles down to a mere 472 bytes using the blockchain, we'd all have a good laugh about it and move on with our day. But the people behind DotPlay have started an ICO, and that was enough for RanNeuNer to include them on his feature about promising blockchain companies in Israel.

I felt like Udi had mad some great points on Twitter and so I reached out to Ran to ask if he was interested in addressing them. This is what he said:

I don’t think it’s my place to respond, I would rather get the company back on the show to respond to @udiWertheimer tweets.

I am not involved in any way with the company. The company was one of 15 companies that we visited on recommendations from the Israeli community. The first time I met the company or spoke to them was as you saw it.

You saw the same demo that I did in real time so it’s not like I had any additional information.

My role as a journalist is not to do tech due diligence but to ask the company questions, and let the viewers make a call and direct them to a place where they can read more.

In hindsight, in the case I probably could have asked them a few more questions but in the allocated time and having seen what I saw I didn’t.

That said, I Was skeptical and so I the following day I went back to the company , this time I to the company with one of my own files , the 6gb file that was a Cnbc show and asked them to compress it. They compressed it in 15 seconds and it was a few megs. They played it back and the quality was the same. This process of compression usually takes me 2 hours.

I’m not an expert in compression and I can’t have a technical debate with people that have been doing it for 10 years- specifically not in 6 minutes.

I will get them back on my show for clarity.

I, too, would like to see the people at DotPlay address Udi's comments themselves, as they are in the best position to defend their claims. But that hardly absolves Ran of any responsibility!

My primary objection is with his claim that "My role as a journalist is not to do tech due diligence". This could not be further from the truth!

Ran NeuNer is not just some random journalist on some small local network, roped in to covering a subject that he doesn't understand. Instead, he is the host of CNBC CRYPTOTRADER. He specifically covers cryptocurrency! The blockchain and ICOs are part of his purview, and as such, it is absolutely his role to do his tech due diligence.

Imagine this. Imagine that Ran NeuNer is instead the entertainment reporter for CNBC Africa. Imagine that I decide to pitch him my new action movie starring Bruce Lee. Ran takes me at face value, but then later that evening he has his doubts. After all, isn't Bruce Lee dead? So he goes back to my office and I show him some footage that I claim is Bruce Lee on set. Is that enough for him to have done his due diligence?

Journalistic integrity demands more than just taking impossible claims at face value and conducting one simple test. Maybe Ran couldn't have a technical debate with them in the six minutes of air time allotted to their portion of the segment, but if he had time to return to their office and have them compress a video of his choosing, then he had time to ask them some more pointed question about how their technology works. The fact that he went back the next day means he could have done some research and prepared some questions, in order to feel better prepared to debate with people who have more experience in the field.

When someone says something like "My role as such and such is not to..." or "It's not my responsibility..." or "Well investors can decide for themselves..." you sound cowardly and lazy. It seems like no one wants to be bothered to actually research the ICOs that they promote on social media, join the advisory boards for, or feature on their television shows!

How can anyone just allow the team of an ICO to make outrageous claims and not question or challenge them? Do you not care about investors' well-being, or about the future of the crypto economy? At the very least, one would expect a journalist like Ran NeuNer to care about his own reputation, and that of CNBC Africa. A news show can lose the trust of its viewers by appearing to tacitly endorse such an ICO scam by featuring it on their show without questioning the legitimacy of their impossible claims.

Due diligence isn't just in the hands of would-be ICO investors. It falls on all of us. Journalists. ICO raters. Crypto experts. Bloggers. We all have a responsibility to research what we're talking about, to dig deeper when something doesn't seem to be right, and to call-out the lies, scams, and corruption that we see.