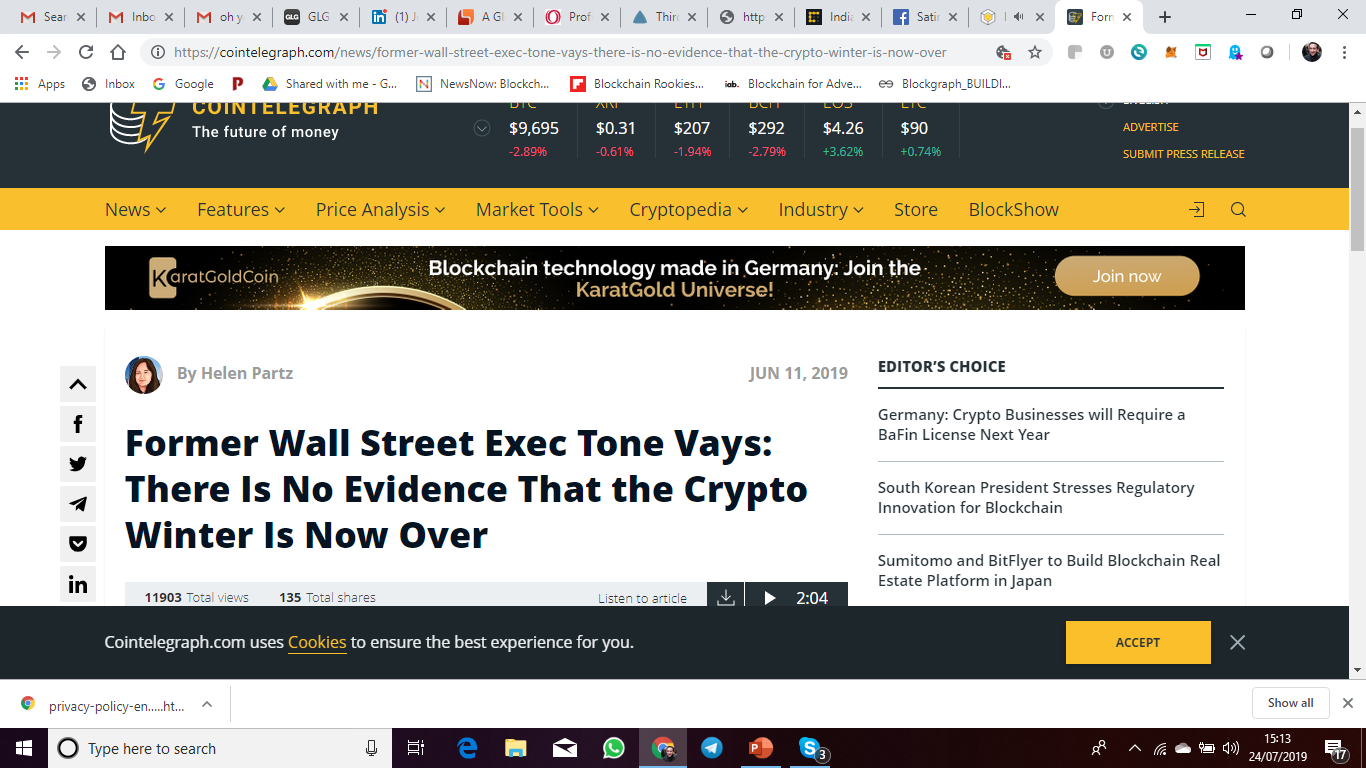 One of these sites is CoinTelegraph. According to Linkedin, CoinTelegraph has 128 employees… Unfortunately, not one of them was able to spot and block a well known cryptocurrency Ponzi/Pyramid scheme: Karatbars. 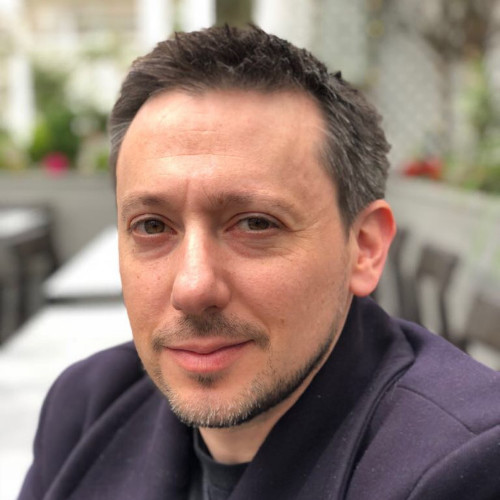 In the world of crypto news, there’s only a handful of sites that can afford to have teams of journalists, ad operations, and sales & marketing. Due to the volume and quality of their news and opinion pieces, crypto enthusiasts frequently flock to these sites to get their daily (hourly?) dose of cryptocurrency stories.
One of these sites is CoinTelegraph. According to LinkedIn, CoinTelegraph has 128 employees… Unfortunately, not one of them was able to spot and block a well known cryptocurrency Ponzi/Pyramid scheme: Karatbars. 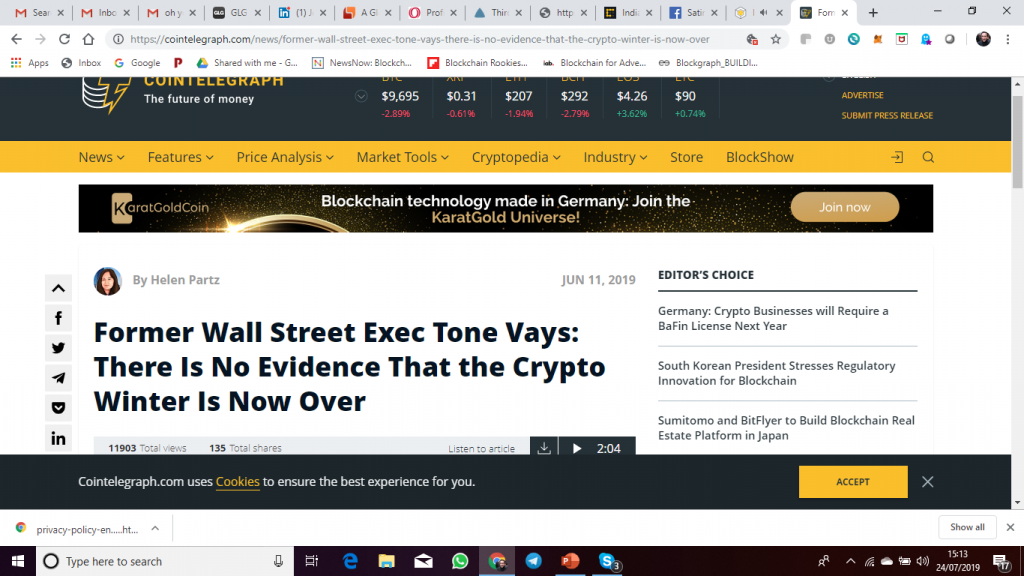 Signs that Karatbars is a Ponzi Scheme

Karatbars and their KBC coin is marketed mostly via a network marketing/multi-level marketing method of affiliates shilling to their friends, family, work colleagues and basically anyone they ever speak to. The concept of the KBC coin is that it is linked to gold owned by the company. According to the Karatbars CEO, Harald Seiz, from July 4th this year holders of the KBC coin can exchange 100 KBC for 1g of gold. The problem with this is that 100 KBC is currently valued at $3.10 and a gram of gold is $45.68! However, affiliates can only do this exchange through a KBC ATM, and there don’t seem to be many around the world – I did a search for within 500 KM (the largest area it’s possible to search) of London, and not a single result came back. 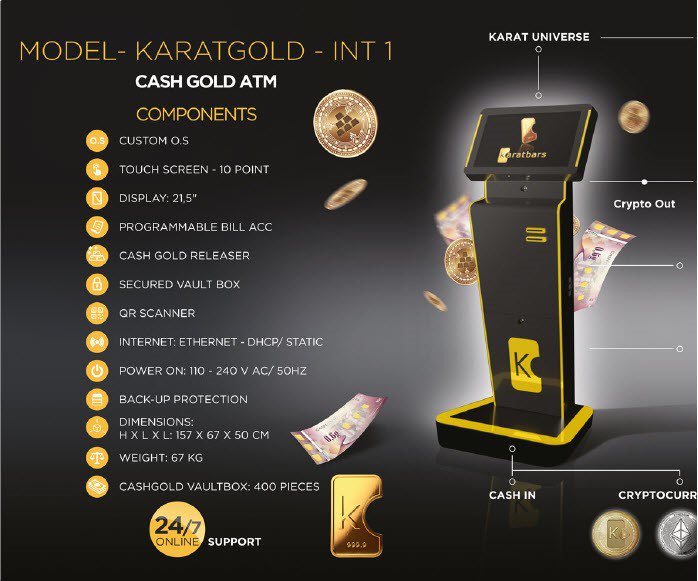 Two years after the Canadian Financial regulators put out a warning about the Karatbars scam, they finally banned it in 2016 and handed out fines to a handful of affiliates promoting it there. As recently as the 7th of May 2019, the Bank of Namibia has declared that Karatbars is “is in contravention of Section 55A of the Banking Institutions Act of 1998.”
According to BoN deputy director of corporate communications Kazembire Zemburukathe, because fees paid for the cards are the primary source of funds for the business, the business is not sustainable without the continuous recruitment of new participants. “However, the real attraction of new participants to Karatbars is not the purchase of the gold card, but the desire to earn money through the introduction of new members to the business practice,” he stated.
The bank told promoters of and participants in Karatbars to cease doing business, and to refrain from recruiting more users with the goal of earning commissions.
Zemburuka added that should Karatbars wish to sell gold-embedded cards and gold-related products, then such products should be sold directly to customers rather than through an affiliate network.
“The products should also be the primary source of income, that is, the commission should be earned based on the products sold, and not on the recruitment of new members, as is currently the case,” he said.

So we can see that the KBC coin is not pegged to any gold, affiliates will have a hard time exchanging their dime a dozen ERC20 coins for gold anywhere, and that there have been several financial warnings and bannings around the world, so why on earth would CoinTelegraph accept advertising spend from what is widely recognised as an international pyramid scheme? It’s not like it would require much of a Google search to discover this. Did CoinTelegraph do any due diligence? Did they speak to Karatbars about their promotion and ask questions? If so, what was said that give them the comfort to take their advertising spend and allow the “halo effect” of association?

At Cointelligence, we have two main ambitions; 1) to help consumers trust in the crypto space to enable an environment where mainstream adoption can happen, and 2) rid the industry of scams. We would like to see other crypto media join that ambition and stop taking money from scams just to hit their own internal ad sales targets.