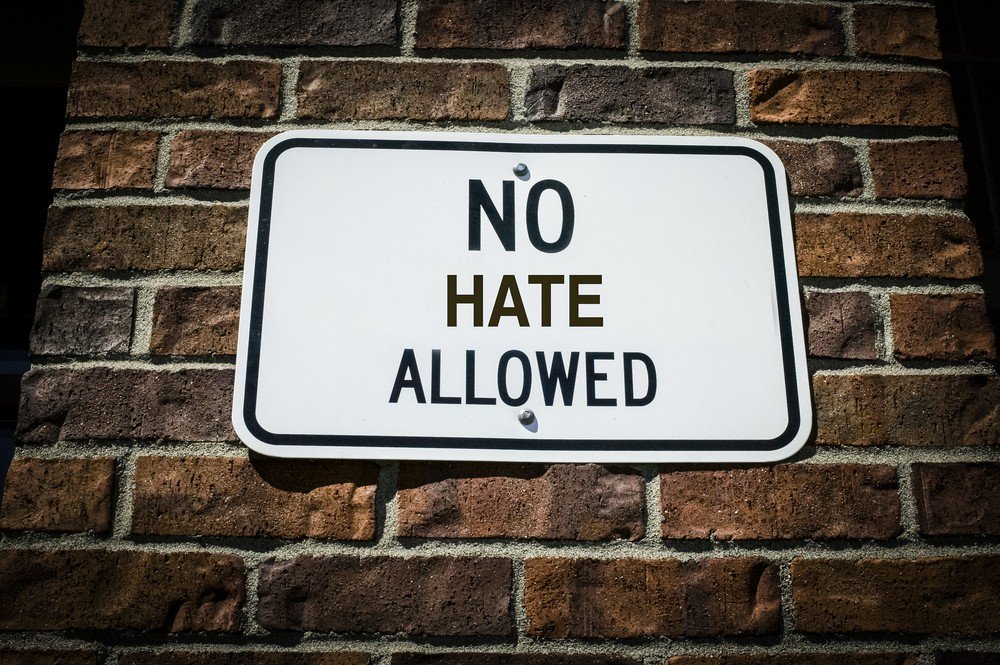 These disgusting images should not have been allowed to be added to the platform, but this goes to show that either Telegram does not screen their user created content, or they simply do not care.

One of the best things about crypto is the coming together of people all over the world whose goals are to make it a better place. Every race, religion, nationality, and language is represented in the crypto universe. As a member of the crypto community, it is extremely troubling when in this world we call our own, we see instances of racism, bigotry, and sexual violence.

Warning: The images in this article contain racist, anti-Semitic, and violent sexual imagery. They are offensive and may be considered Not Safe For Work. 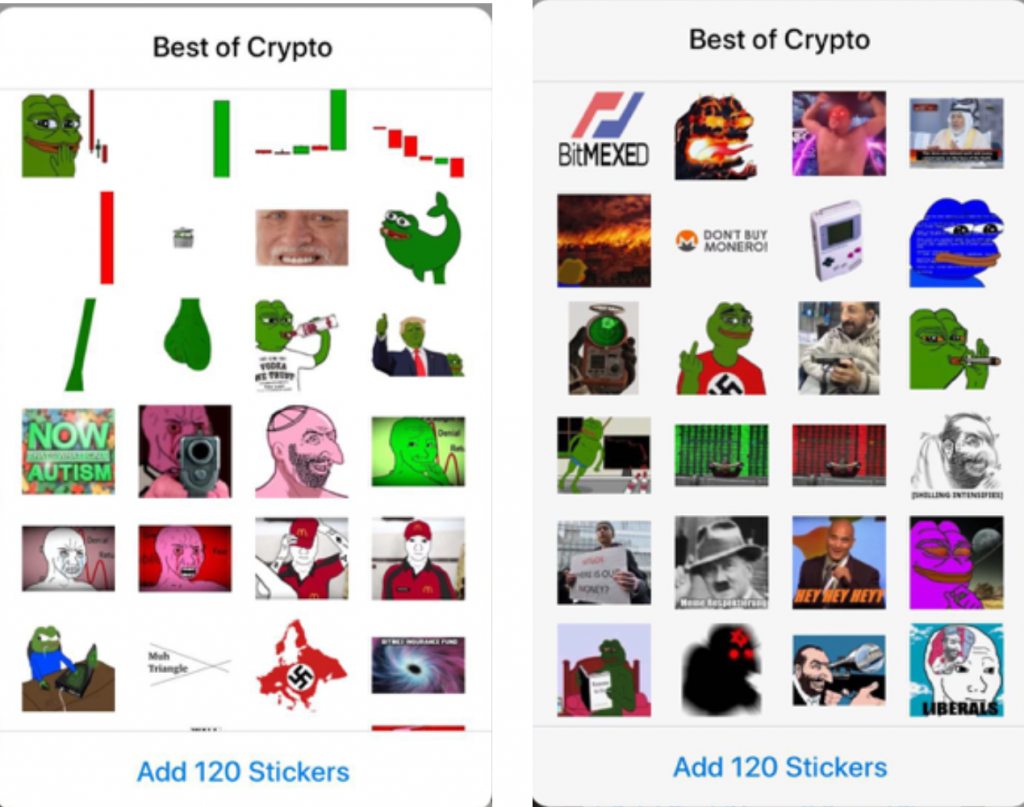 We recently discovered these stickers on the messaging platform Telegram Many people throughout the crypto world rely on Telegram to communicate their thoughts and ideas in a place of discourse that should be free of hatred and narrow-mindedness. Unfortunately, we are not so lucky. These disgusting images should not have been allowed to be added to the platform, but this goes to show that either Telegram does not screen their user created content, or they simply do not care.

This is what happened when one person called out the admin of a group for allowing such content: 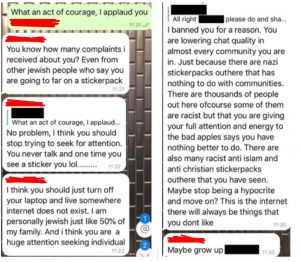 Name calling, belittling, and bullying, just for trying to remove insensitive material. We have also received reports that one Telegram group took a stand by banning this content and the users who posted it, only to be subject to similar attacks and bullying.

I am calling out all Telegram founders, managers, group admins, and staff to fight against such behavior. Because this behavior is not just limited to this sticker pack. We've found several other packs that have similarly offensive material, in addition to anti-black memes and sexually violent images. 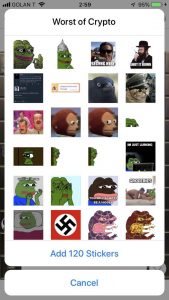 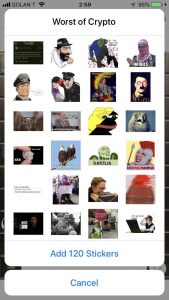 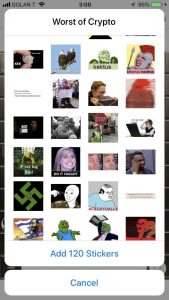 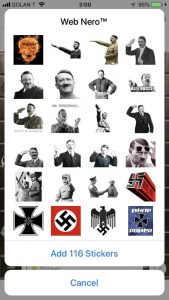 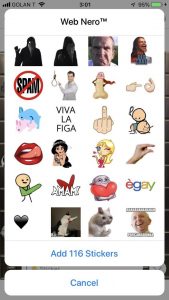 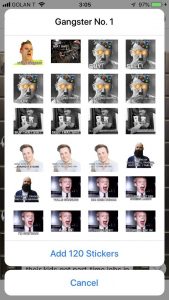 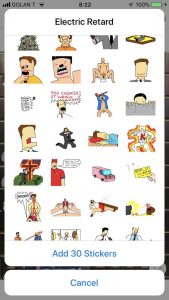 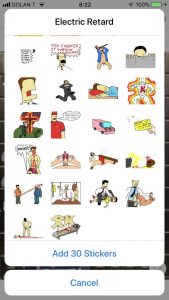 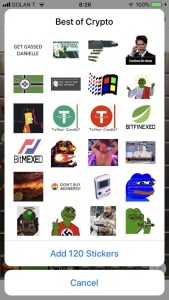 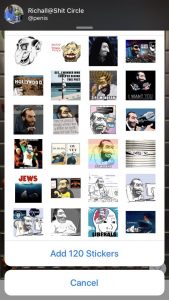 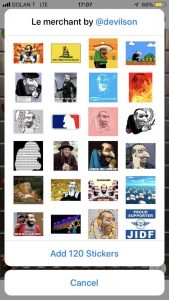 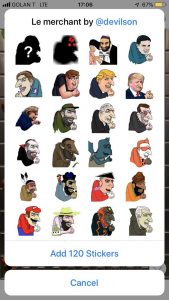 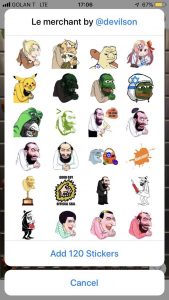 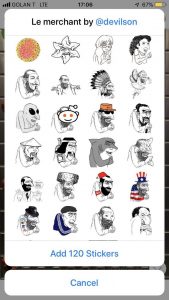 We in the crypto community have a duty to keep one another in check and to not let this kind of behavior slide. As a Jew whose family suffered a terrible fate in the Holocaust, I especially take offense to the Nazi and anti-Semitic imagery we have recently seen. I know what it is like to be the subject of such hate. And it angers me that this imagery is being used on Telegram, and encouraging people to bully those who would call it out. If we do not speak out against this, it just welcomes these actions again, but maybe next time towards another minority group. Today it's Jews, tomorrow it’s you. It is important to remember that the Nazis also persecuted the Romani people, the LGBTQ community, and people with developmental disabilities. Furthermore, tolerating imagery related to one hate group only emboldens other hate groups to act openly as well. Hitler and the Nazi symbols not only show hatred towards Jews, but are a symbol of hatred towards humanity. It is all our responsibility to call these people out for the cowards they truly are, and let the world know that we will not sit idly by and let these people and their ideals win.